By Chris Kelley on June 5, 2016 in Articles › Celebrity Homes

Want to live like music icon Michael Jackson? You can, but it will cost you. How much? $9.5 million to be exact. Jackson's former Las Vegas residence — known appropriately as the "Thriller Villa" — has recently popped up on the market, and although Jackson and his family only rented the 1.7-acre wonder from 2007 until his unexpected death in 2009, it's legacy is creating the quite the buzz.

Dubbed the King of Pop, Michael Jackson created a legendary presence for himself in the world of music. His successful career brought with it fame, fortune and a love of luxury that shows through in this Las Vegas abode. 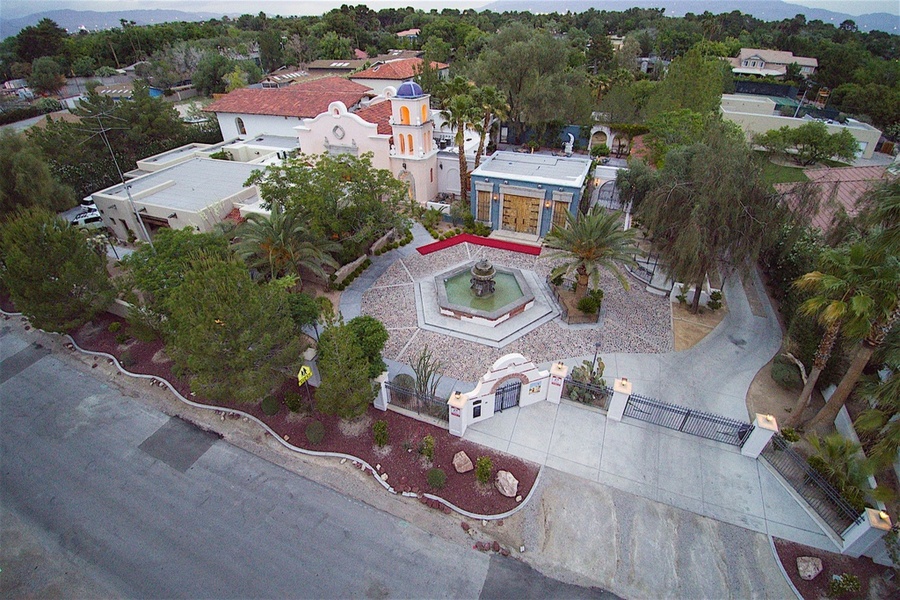 Sotheby's International Realty, the company behind the new luxury listing, promises that the uniqueness of the estate extends far beyond its famous former tenant — and they have plenty of proof to back that statement.

The impressive Palomino Lane property features a Spanish Mediterranean style and is broken up into several sections, including a 24,276-square-foot main house, a 2,983-square-foot guest home, seven bedrooms, 12 bathrooms, a nine-car garage and a chapel/studio. 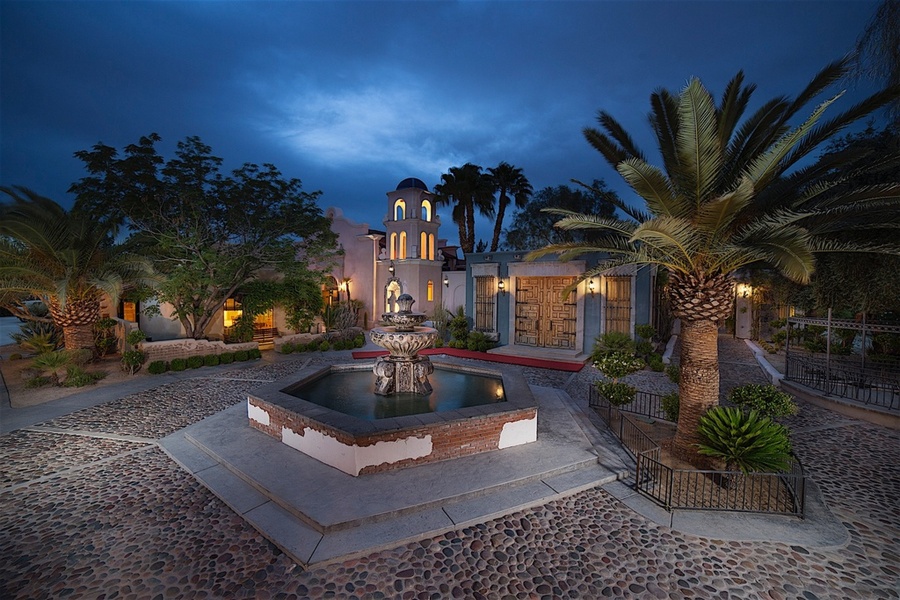 While much of the property's dazzle is attributed to its former owner, theater developer Horst Schmidt, the King of Pop is responsible for several unique and treasured add-ons. 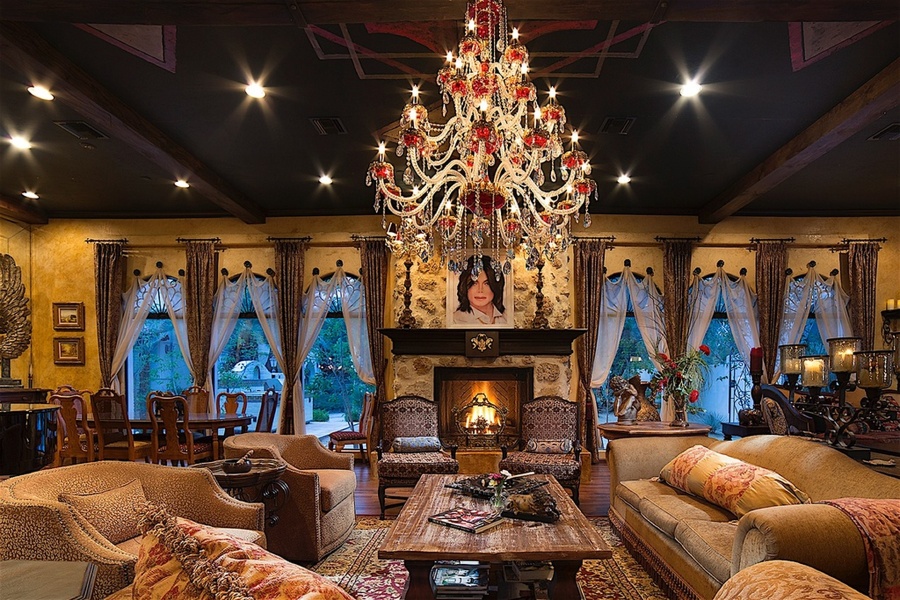 Sotheby's describes the heart of the estate as an indoor salon that was said to be Michael's favorite room. The expansive room boasts a stone fireplace, a glass chandelier and enough space to host large formal events and galas. 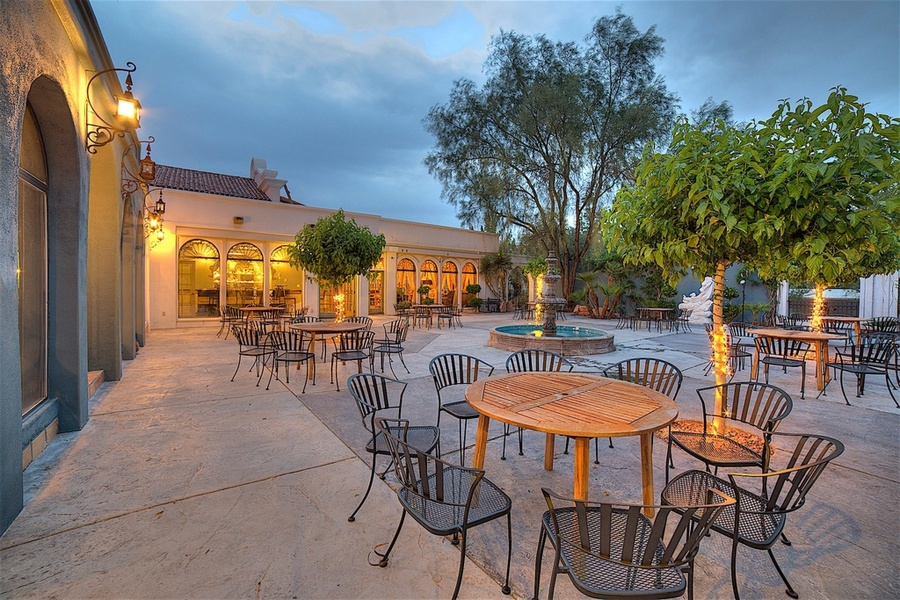 The gated property is surrounded by a circular cobblestone driveway and water fountain and features a large array of outdoor amenities and plenty of entertaining space, including an inner courtyard. 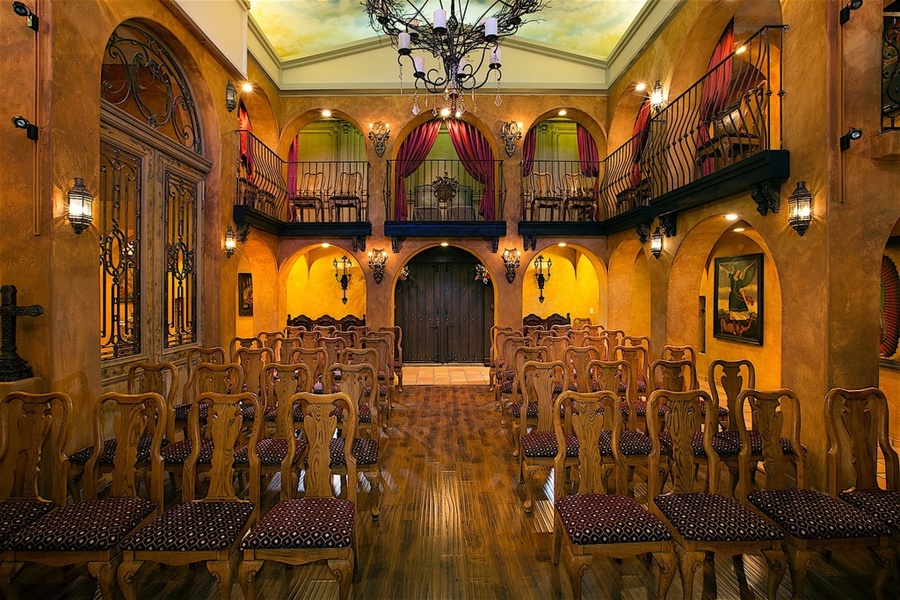 The listing company describes the two-story, 74-seat medieval chapel as one of the estate's most impressive features. Complete with a hand-painted ceiling, chandelier and red drapes, the chapel is said to double as a studio, providing "pitch perfect" sound quality and pitch perfect acoustics.

Within the master main room of the chapel hang the original mirrors that Jackson used while rehearsing his famous choreography. The master retreat also includes a bar, fireplace and lounge.

During Jackson's time at the Las Vegas escape, it was said that he used the property's 8,500-square-foot basement as a private art gallery. Additionally, the basement doubled as a paparazzi-proof way for Jackson to get to his car. 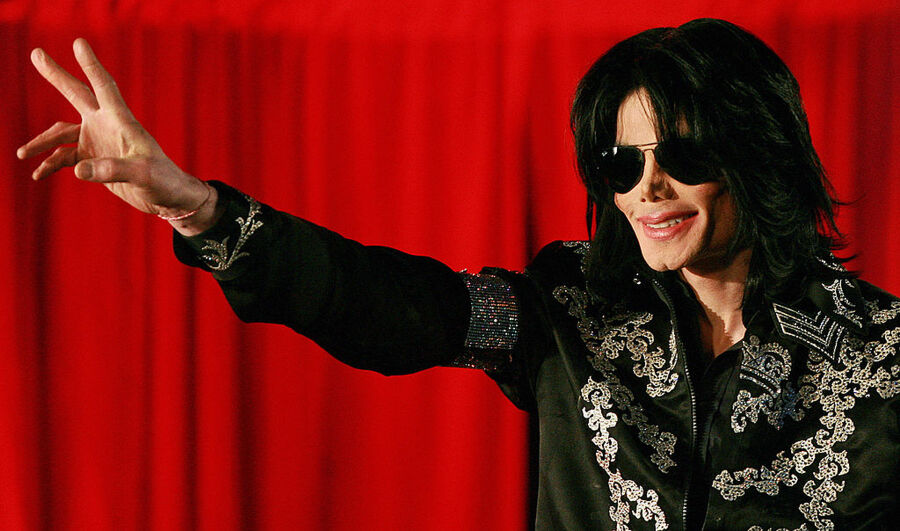 Jackson rented the property until his June 2009 death at his Los Angeles home. It was determined the singer died of cardiac arrest brought on by propofol and benzodiazepine.

Unfortunately, Jackson's taste for luxury left his estate with a multitude of debt. Through selling Jackson's future music rights to Sony, producing the highest-grossing concert film of all time and garnering big deals with Pepsi and Cirque de Soleil, the estate recouped Jackson's losses and maintains a net worth of $600 million.