Huge $48.8 Million South Florida Mansion Torn Down To Make Room For New One

By Joseph Gibson on December 8, 2018 in Articles › Celebrity Homes

It was the most expensive mansion in the entire Southwest Florida region. Now, the lot on which the 10,825-square-foot Naples mansion once stood is now vacant, torn down to make room for another, possibly even more expensive, home.

The mansion was sold in June of this year according to a recent USA Today report. Who the new owners are is not public knowledge, but Mike Austin of BJ Excavating was in charge of the demolition, and hinted to the paper about what the owners plan to do with the now empty property:

"We just finished it like a week and a half ago, and it took two months to do. It's an exclusive property, and the home that's going there matches up with it." 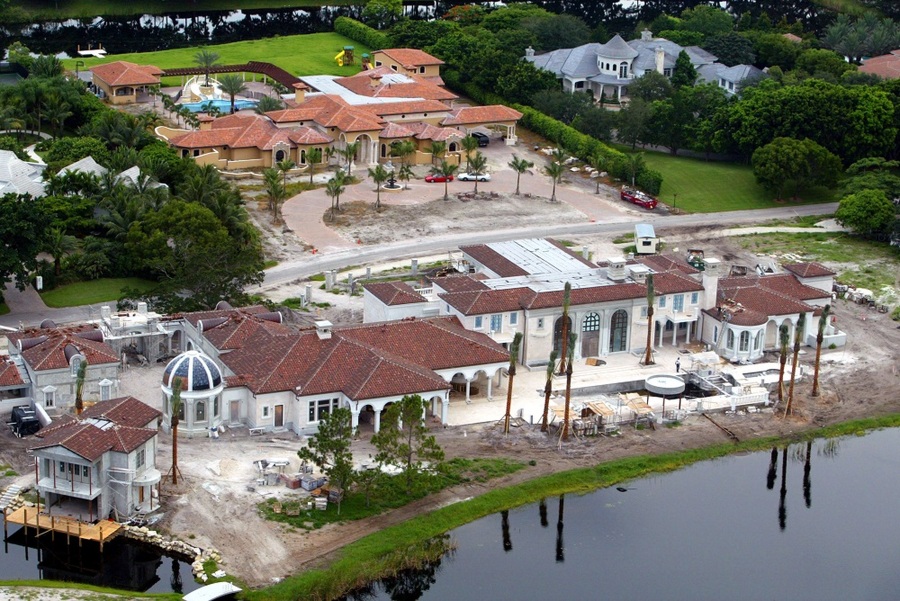 That will be no small feat, as the property at 2500 Gordon Drive had an impressive history going back some 80 years. In 1937, the mansion's original incarnation had nine bedrooms, 12 bathrooms and a five-car garage, as well as a residence for staff and a guesthouse. Then, in 1981 the home was purchased and demolished for the first time to make room for the mansion that went on to become the most expensive in Southwest Florida when it was sold to its undisclosed current owners. In between, it became something of an inanimate reality TV star thanks to its service as a location on the show Paradise Coast Wives.

And Austin said the entire mansion, vegetation and all, was completely scrapped:

"Everything went to dump facilities. It's all recycled."

He was able to keep some of the mansion's former furnishings, though, which he definitely seems pleased with:

"You got to remember it was completely top-of-the-line remodeled not even 11 years ago, so there was some really killer stuff in there."

Now, the next chapter in the saga of one of the most illustrious addresses in Florida is set to begin.