How Much Is Kanye West's House Worth?

By Joseph Gibson on December 18, 2019 in Articles › Celebrity Homes

It sometimes seems these days that rapper and producer Kanye West is known as much for his various real estate properties throughout the country, not to mention his various other endeavors, as for his music. When asked how much his house is worth, one has no choice but to answer with another question: Which house do you mean?

First up, there's the appropriately named (if you're familiar with Kanye's discography) Monster Lake Ranch, which Kanye and wife Kim Kardashian purchased in September of this year. Then, they paid $14 million for the 1400-acre property, which gives you a decent idea of what it would be worth now. But if you think the couple might be planning to sell off the ranch any time soon, it appears you'd be mistaken, because about two months later they bought another massive ranch about 100 miles from this one for almost $15 million.

That one is called Bighorn Mountain Ranch, and the couple paid about $14.5 million for its more than 1600 acres. By all accounts, Kanye and his family have taken to the rural lifestyle in a big way, so don't expect either of these two massive properties to hit the market in the near future. 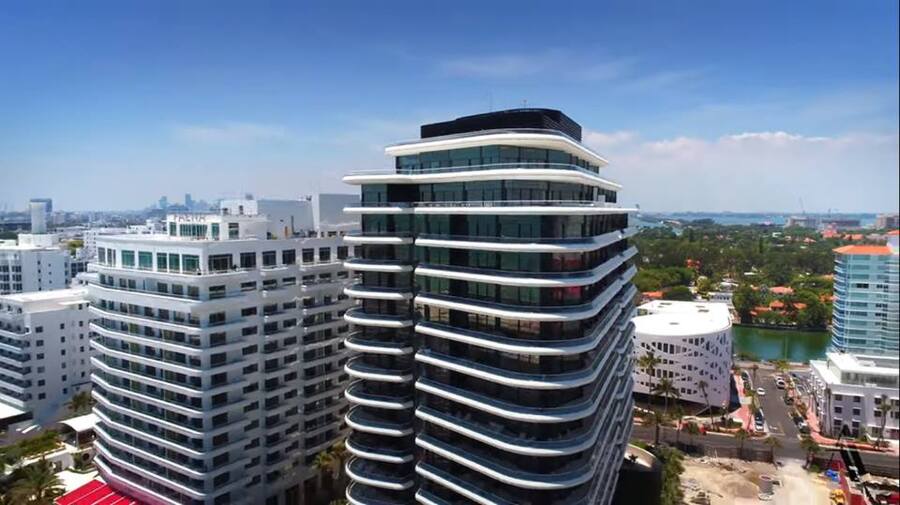 Of course, even two American Gothics like Kim and Kanye get tired of hanging out at the ranch all the time. So they have another vacation home in Miami Beach, a condo in the upscale and exclusive Faena House in Miami Beach (pictured above) that he paid a reported $14 million for as a Christmas present to his wife last year (later reports suggest that he decided not to go through with the purchase after the media leaked its location, opting for something with more privacy).

Then there's Kanye's family home in Hidden Hills, which he and Kim have sunk some $20 million into renovations since they bought it in 2014 (for another $20 million). Now, according to mother-in-law Kris Jenner, the house is worth at least $60 million. And that was before they were reported to have expanded the Hidden Hills compound by about 1.5 acres, paying $3 million for a home on an adjoining property, planning to build on the extra land among other things a private farm for their children.

If you're wondering about the value of Kanye West's house(s), you should probably also consider his aspirations to become a real estate developer. As he put it in an interview with Charlamagne Tha God last year:

"I'm going to be one of the biggest real estate developers of all time, like what Howard Hughes is to aircraft and what Henry Ford was to cars…Anybody who's been to any of my cribs knows that I'm super into developing homes."

West has gotten sidetracked on his big religious conversion and other associated projects since then, with his only real attempt at an affordable housing development in Calabasas eventually being torn down by the city of Los Angeles over building permit issues. But if he ever does fulfill his ambition to get into the real estate business, the question of how much his homes are worth will have to be divided into his personal homes and the homes with the Kanye West name attached.