Hilary Swank's House: Successful Everywhere But In Her Personal Life

By Paula Wilson on September 26, 2012 in Articles › Celebrity Homes

Hilary Swank is that odd Hollywood beauty who seems unable to play the "pretty" roles.  Romantic comedies and sweet love stories seem strangely ill-fitting for her, and instead she turns in stunning performances in projects that seem to push her (and the audience) emotionally and physically.  She has won two Oscars for her work in the films, "Boys Don't Cry" and "Million Dollar Baby", and has turned in critically lauded and multi-award winning performances in such projects as, "The Gift", "Insomnia", "Iron Jawed Angels", "Amelia", and "Conviction".  Her rags-to-riches rise in Hollywood has been written about many times.  The fact that she and her mother once lived in their car, makes her rise to the upper echelons of Hollywood seem like poetic justice somehow.  While her professional life has been increasingly successful, she has not had quite as much luck in her personal life.  Her seemingly stable marriage to actor, Chad Lowe, ended soon after she won her second Academy Award.  She began dating her manager after the divorce, and the two entered into a relationship that seemed to indicate that they were going to become a "Tinseltown super-couple".  This included multiple dual purchases, including a massive Pacific Palisades home.  Unfortunately, the couple split this summer, and their former home together is now on the market. 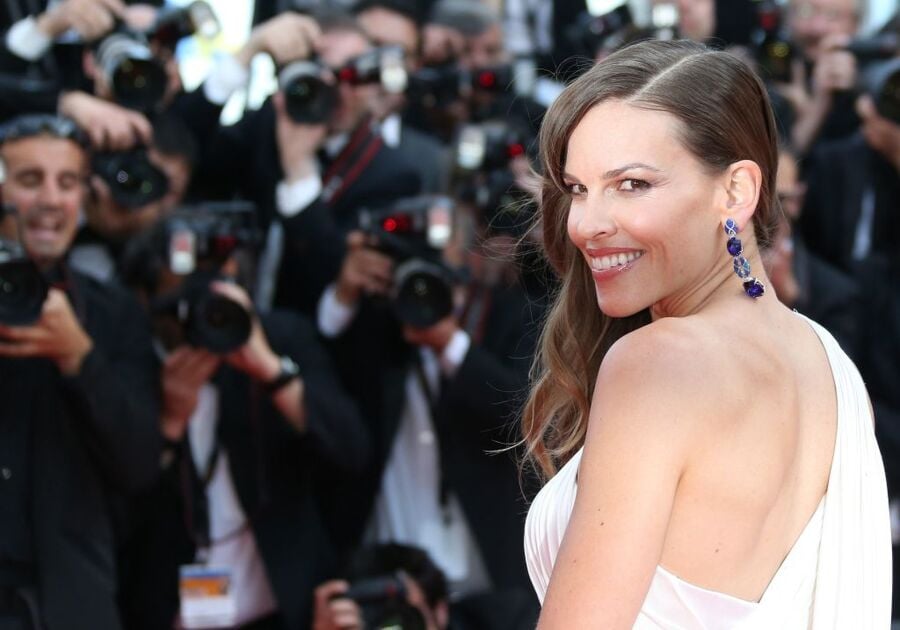 Hilary Swank's house is a 6,700 square foot mansion with Mediterranean styling.  The house contains six bedrooms and six and half bathrooms, and features stunning views of the surrounding area.  In addition to the standard amenities, Hilary Swank's house also features a large pool, a bathhouse, an outdoor kitchen, a wrap-around balcony, an outdoor fireplace, floor-to-ceiling windows, and a massive eat-in kitchen.  A wine and cigar room, and a seventeen-seat home theater, add to the lavish feel.  Hilary Swank's house is currently on sale for $9.495 million.  With any luck, the sale of her house will take after her successful professional life, as opposed to her personal.