By Brian Warner on July 3, 2020 in Articles › Celebrity Homes

LeBron James first planted roots in Los Angeles back in 2015. That was a three years before he joined The Lakers. When I say "planted roots", I mean he bought a mansion in Brentwood for $21 million. As it turned out, that mansion didn't properly scratch LeBron's LA real estate itch because two years later he paid $23 million for a SECOND Brentwood mansion. Apparently two mansions in Brentwood were not enough because LeBron and the family James are taking their talents to Beverly Hills!

As first reported by The Real Deal, LeBron James just bought a 13,000+ square-foot compound in Beverly Hills. The home, which sits on 2.5 acres, had most-recently been listed for sale for $39 million. The LA luxury real estate market is fairly hot so one can safely presume he paid close to asking. 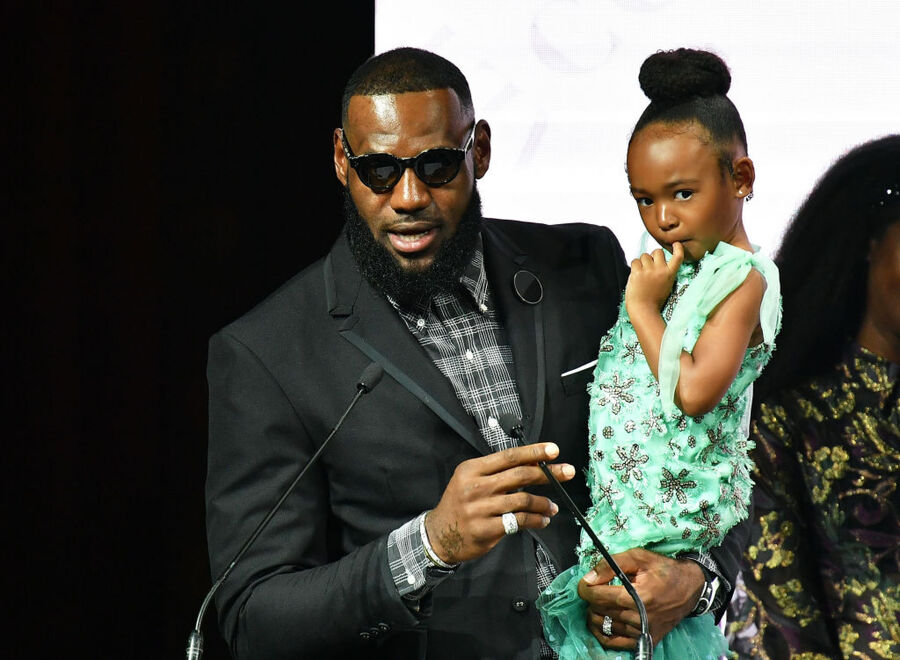 The home has an impressive Hollywood pedigree. Built in 1934, one of its earliest occupants was an actor named Charles Boyer who was nominated for several Academy Awards. In an unusual move, when Boyer demanded to be let out of his contract with RKO Pictures, the studio agreed but the final buy-out called for RKO to take ownership of the mansion. Since RKO was wholly owned by eccentric billionaire Howard Hughes, he became the mansion's new owner.

When Katharine Hepburn was looking for a home to lease in the early 1950s, it was Hughes who nudged her towards this mansion. She lived in the home for a good period.

In 1986, the property was sold for $2.6 million to married television super producers William J. Bell and Lee Phillip Bell. Never heard of them? William and Lee created three of the most popular, most successful and longest-running soap operas in American TV history; "The Bold and the Beautiful", "Another World" and "The Young and the Restless".

William and Lee had two children, including actress Lauralee Bell. Not long after Lee died, Lauralee and her brother Bradley began listing some of the family's sprawling real estate assets. In April of this year they listed a beachfront Malibu home for $21.5 million which they have yet to sell. The family has previously sold several other homes in the same Malibu community to casino billionaire Sheldon Adelson.

That pretty much brings us up to the present.

Whatever LeBron James is paying, I think everyone in this transaction is walking away extremely happy. LeBron gets an absolutely incredible new home (bringing his LA property portfolio up to $80 million), and the Bell siblings get to add $40 million to their already-massive respective bank accounts.

Congrats and champagne all around!