Hollywood power couple Helen Mirren and Taylor Hackford have listed their big Hollywood Hills home for $18.5 million. But they reportedly haven't decided whether they actually intend to sell the mansion — since they're also considering just renting it out if the right tenant happens to come along.

The right tenant will, for one thing, need to be able to afford the listed rent of $45,000 per month. According to the listing agents handling both listings, they plan to make a decision based on the offers they get in the near future. Hackford told the Wall Street Journal that he sees either scenario as having its own positives and negatives:

"When it leases, it's good for me because I get to hang on to a place that I love. But on the other hand, it may be time to turn it over… and let someone else enjoy this really special spot." 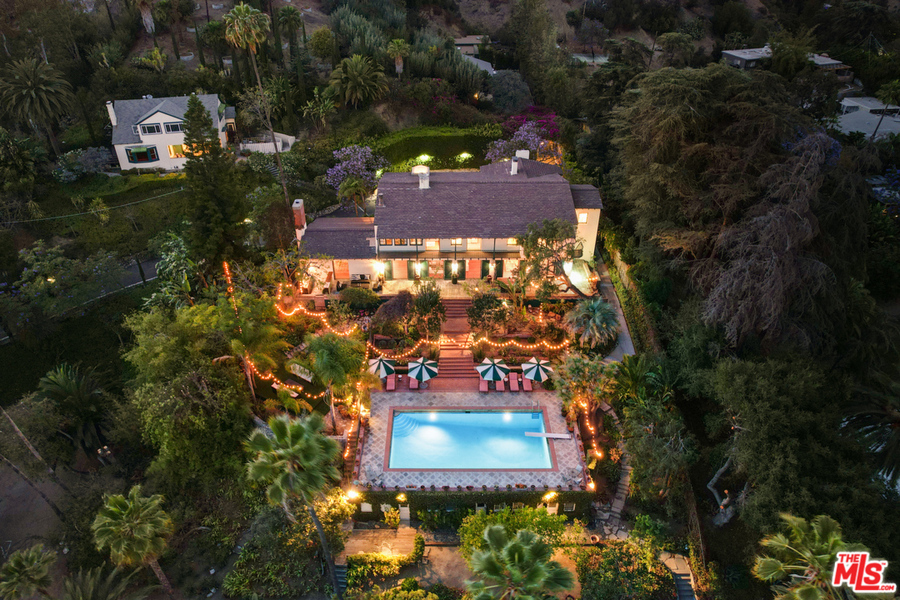 It's understandable that Mirren and Hackford would have mixed feelings about letting go of the home, even though they primarily live on Lake Tahoe in Nevada now. Mirren says it was their first home together, and they moved in way back in the 1980s, long before their eventual marriage in 1997.

The home itself has a long, impressive history even apart from its important place in the Mirren/Hackford relationship. It was built way back in 1908 for silent film star Dustin Farnum, and has had surprisingly few owners in the intervening decades between then and when Hackford purchased it in the 80s. As Hackford put it:

"It's very unusual to have a house that's, you know, over 100 years old and it's only had four owners over that time because L.A. houses trade often…We always felt very fortunate about the pedigree of this house and the fact that all the people who lived there were all working artists in Hollywood." 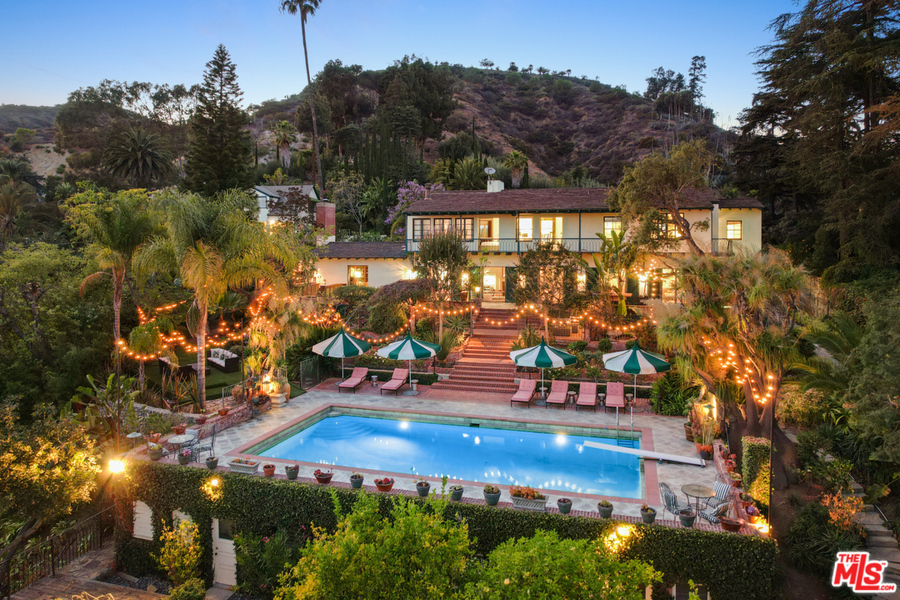 The home itself is pretty impressive too. Here's how its official listing describes the truly Old Hollywood mansion:

"A residence of exquisite style and exceptional privacy, this remarkable compound sits at the top of a winding drive on approx. 6.5 acres of gorgeous landscaping, mature trees, and Hollywood sophistication. Gated enclave is both private sanctuary and distinguished setting for lavish entertaining…Fabulous residence combines tranquility, privacy and convenience. Spacious, elegant main residence has [a] swimming pool, wide terrace for lounging, dining, [and] entertaining. Separate 3-bedroom guest house plus 5-car garage with office and apartment above. Refined and comfortable, with gorgeous city lights views, manicured gardens, and beautifully detailed interiors." 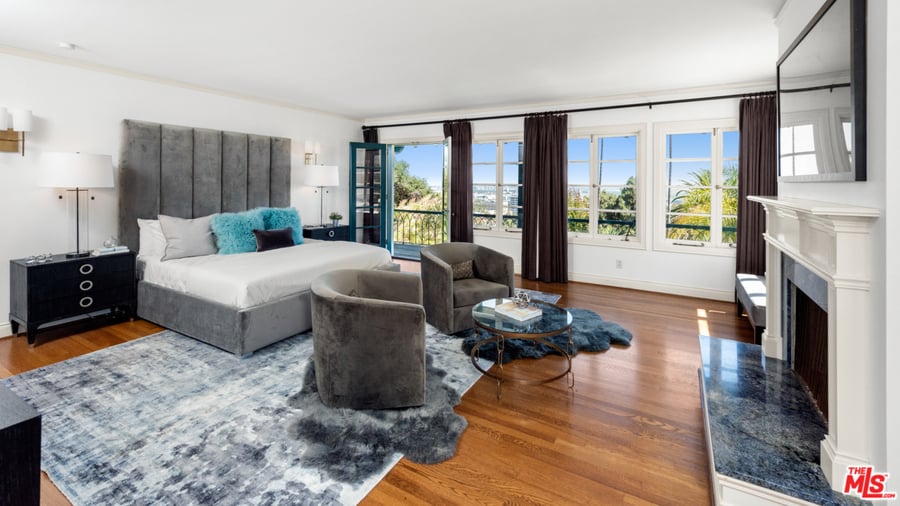