Gwyneth Paltrow's House: A $10.45 Million Mansion for the Actress Who Already Has It All

Gwyneth Paltrow comes from a good family, is pretty great looking, has enjoyed a very successful career as an actress, is married to a rock star, and has two healthy, happy kids.  It would be very easy to hate her.  Except, that apparently, she is actually a pretty nice person, too.  Born to Hollywood royalty in Los Angeles, she attended the Spence School in New York, before beginning her college studies in Art History at the University of California – Santa Barbara.  She left school early to focus on acting, and began her professional career onstage, appearing in productions at the Williamstown Theatre Festival.  From there, she went on to supporting roles in such films as "Shout", "Hook", "Seven", and "Flesh and Bone", and then larger roles in such films as "Moonlight and Valentino", "Jefferson in Paris", "Great Expectations", "Emma", and "Sliding Doors".  In 1998, she was cast in the role that would bring her the most acclaim, as Viola in "Shakespeare in Love".  She won multiple acting honors, including the Oscar for Best Actress for her performance.  However, the pressure post-Oscar proved to be too much for her, and after a few poor movie choices, she stepped away from the spotlight and focused on her marriage and raising a family.  She returned to acting in 2010, and has had a nice run, including her role as Pepper Potts in the "Iron Man" franchise, her multiple appearances on "Glee", and two upcoming films.  With her husband's continued success, and her return to A-list status, a move to a new house was bound to be in the works, and in June 2012, the family signed the papers on their third home. 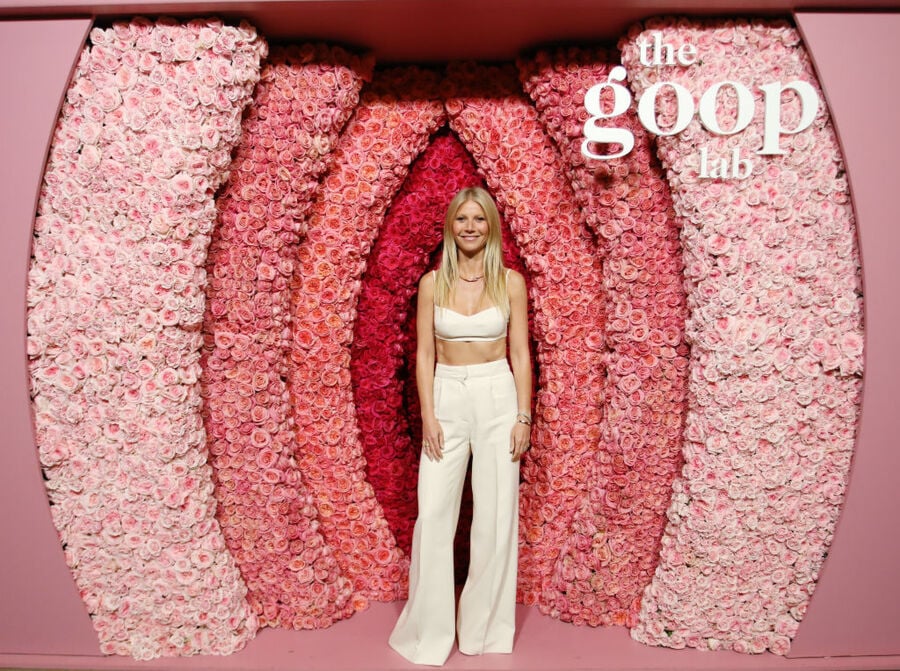 Gwyneth Paltrow's house in Los Angeles has six bedrooms and eight bathrooms.  The exterior has a sort of British estate feel that gave rise to the nickname, "The House of Windsor", but the interior is decidedly modern and was originally part of a multi-designer concept project for the magazine, Veranda.  The more over the top rooms have been toned down considerably, but the inside still looks very tailored.  Gwyneth Paltrow's house is 8,000 square feet, and sports multiple high-end accents, including counter tops made from marble from Calcutta, a massive entry hall tiled in stones from a Peruvian schoolhouse, lots of sunlight, custom ceiling fixtures, and French doors that open onto the more than ample grounds.  Gwyneth Paltrow's house cost she and husband, Chris Martin, $10.45 million, but when you're a successful movie star and a successful musician, that is probably just pocket change.