George R.R. Martin, creator of A Song of Ice and Fire, the series of fantasy novels that provide the source material for the surprise smash hit HBO series Game of Thrones, makes an easy $25 million off of his most famous creation. The HBO series pulls in an estimated $15 million annually in royalties, and his work as an author earns him another $10 million a year. But despite all that, he lives a more or less normal, modest, even frugal lifestyle, albeit one with two homes in Santa Fe, New Mexico.

Martin's personal history is that of a child who grew up in low income housing in New Jersey in the 50s, and his family didn't have a car. This geographical restriction is what he credits with his obsession with books and storytelling, as well as an early interest in Marvel Comics. It was this obsession that lead him to start writing stories as a teenager for various fanzines. Before too long he was actually getting paid for his stories, at age 21 selling his short story "The Hero" to a magazine called Galaxy. 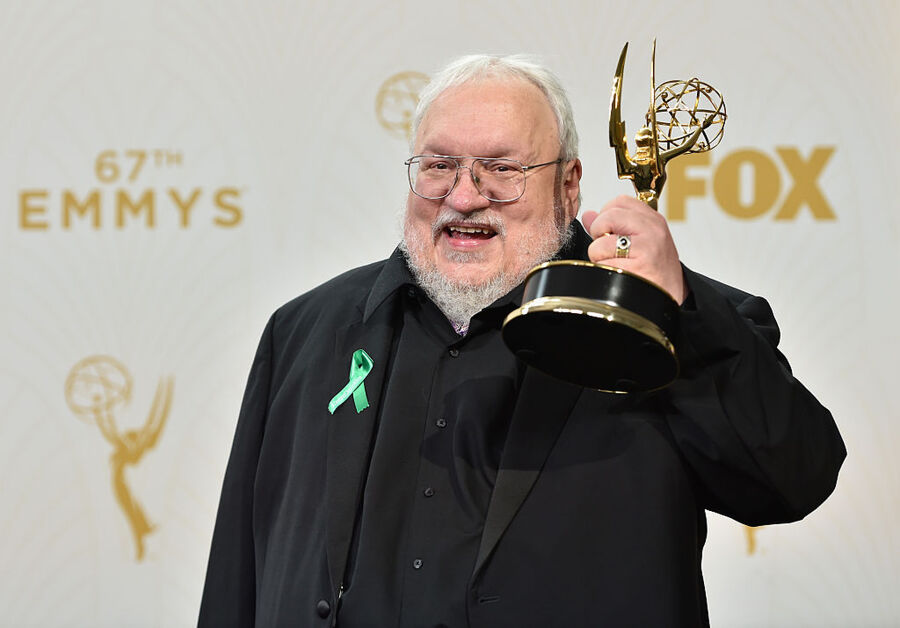 From then on, it was an unlikely path of peaks and valleys between his career as a short story writer and the father of the most successful show on TV. His 1983 novel The Armageddon Rag was a career-threatening flop, but it also earned him the attention of decision makers in the TV industry. He got a job as a staff writer on the 1985 revival of The Twilight Zone, eventually earning a promotion to Executive Story Consultant. Other TV writing jobs followed the end of that series, on shows like Max Headroom and Beauty and the Beast, but somewhat ironically it wasn't until he left TV to go back to books that his future as a television icon was possible.

A Game of Thrones, the first book in the Song of Ice and Fire series, was published in 1996, followed by several sequels. A Feast for Crows, the fourth entry in the series, was the real commercial breakthrough, hitting the top of The New York Times Bestseller list and eventually pricking up the ears of HBO execs David Benioff and DB Weiss. They were eventually able to convince Martin that his books could be adapted for the screen, in part by promising an adequate production budget – unlike Martin's own home life, the TV series he serves as co-executive producer and writer on is an extremely expensive and opulent affair – the show's recent sixth season had a budget of $100 million (or $10 million per episode), a record for the series that's likely to break for Game of Thrones' final two seasons.

Because of Game of Thrones' massive success, its famously large budgets, and Martin's own $65 million net worth, many are surprised to learn of the average trappings of his two homes in Santa Fe (both on the same street), and of his proclivity for his old, per-success Mazda and local Mexican and barbecue joints. He continues to be a man of the people, despite his castle-shaped mailbox and the seven stained glass windows honoring the "Seven Kingdoms" of his Game of Thrones books, created by artisan Spin Dunbar.