By Joseph Gibson on October 30, 2020 in Articles › Celebrity Homes

KISS frontman Gene Simmons has lived in the same Benedict Canyon mansion with his wife Shannon Tweed Simmons for almost forty years. They purchased the home back in 1984, shortly after they were married, but now, The Wall Street Journal is reporting that they've listed the house with an asking price of $22 million.

When Simmons purchased the property he paid just $1.35 million, but went on to oversee an extensive upgrade that changed the house into its present luxurious form. The result is a 16,000-square-foot European style abode with 30-foot-high windows, elegant stone staircases, and an elaborate garden, and amenities like a pool room, wine cellar, and library.

It's not exactly the kind of house you would imagine Simmons's "The Demon" stage persona living in, but it's also loaded with mementos from the last nearly 50 years of KISS history, with three rooms devoted to KISS merchandise. As Gene puts it with characteristic cleverness:

"We did everything from condoms to caskets…We'll get you coming and we'll get you going." 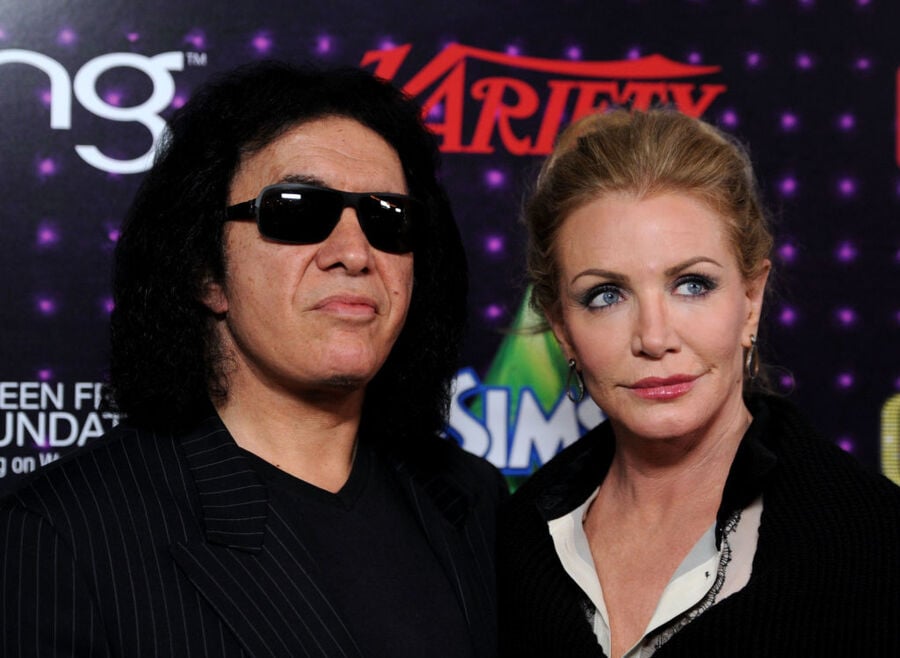 Unfortunately for any KISS Army vets that might be interested in purchasing the Simmons estate, none of Gene's extensive collection of KISS memorabilia is for sale along with the house, since it has too much sentimental value to Simmons. But, he says, if the home's next owner turns all of the collectible rooms into bedrooms, they'll be living inside a seven-bedroom house.

As for what motivated the decision to leave after so long, Simmons says California's taxes are too high for him, so he and his wife are moving to a 24-acre spread near Mount Rainier in Washington.

For a tour of Simmons's mansion guided by the God of Thunder himself a couple of years ago, take a look at the video below from the YouTube channel of TV personality Jake Pappalardo: