By Brian Warner on November 4, 2022 in Articles › Celebrity Homes

The identity behind the recent acquisition of a $16.3 million mansion has been revealed. When you take the "Mask Off", we can see the name "Nayvadius DeMun Wilburn" as the new owner of record on title. Mr. Wilburn is better known to you and me as the rapper Future.

Constructed in 2020, Future's new abode has 7 bedrooms, 9 bathrooms and 75 feet of water frontage. There's a pool with a cabana and a detached guest suite which bring the property's total living space footprint to just under 9,000 square feet.

Future's new home originally hit the market in June of 2022 for $33 million. So, one could argue that Future is getting a pretty incredible deal, a nearly 50% discount.

Future will not be the island's first super rich rapper resident. Lil Wayne paid around $17 million for a home on the island back in December 2018.

Lil Wayne listed his home for sale just last month for $29.5 million. It has not sold yet, as of this writing. Assuming he gets along with Future, maybe Lil Wayne will consider keeping his place because their respective houses are almost directly across the street from one another: 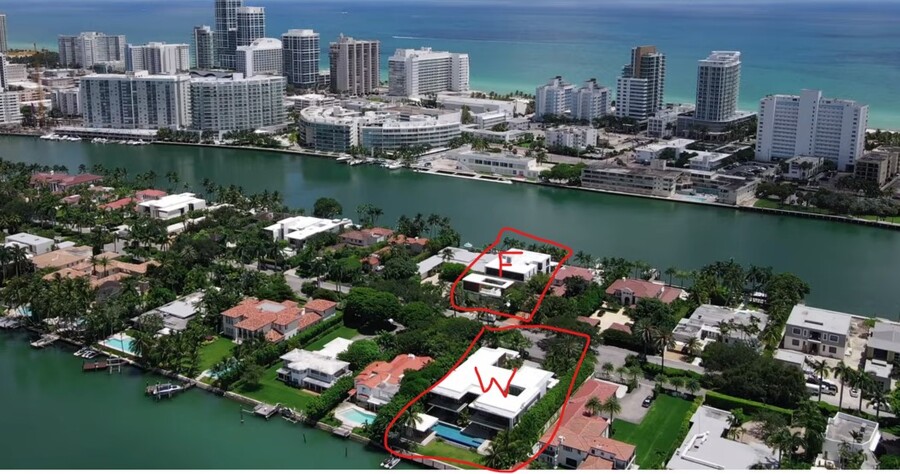 Perhaps Wayne will come over for a game of Pickle Ball? (Future's house has a private pickle ball court).