By Chris Kelley on July 6, 2016 in Articles › Celebrity Homes

Basketball superstar turned Hollywood movie star? With news just out that NBA star LeBron James will opt out of his contract with the Cleveland Cavaliers, does the celebrated 6'8″ sports star's most recent West Coast purchase – a $21 million Los Angeles mansion – mean he's trading in hoops for Hollywood?

The answer? Not likely.

While James will continue as a free agent, he can re-sign with the team and has told ESPN he has "no intentions of leaving" Cleveland. However, the NBA champion's 9,350-square-foot home in L.A.'s Brentwood community will certainly shorten the commuting time for what may be his next big endeavor.

While his role in 2015's Trainwreck garnered him quite the Hollywood spotlight, rumors that James might continue his on-camera endeavors were further fueled when the Hollywood Reporter revealed that James is set to star in Space Jam 2, the upcoming sequel to the popular Michael Jordan-Bugs Bunny mash-up film Space Jam. 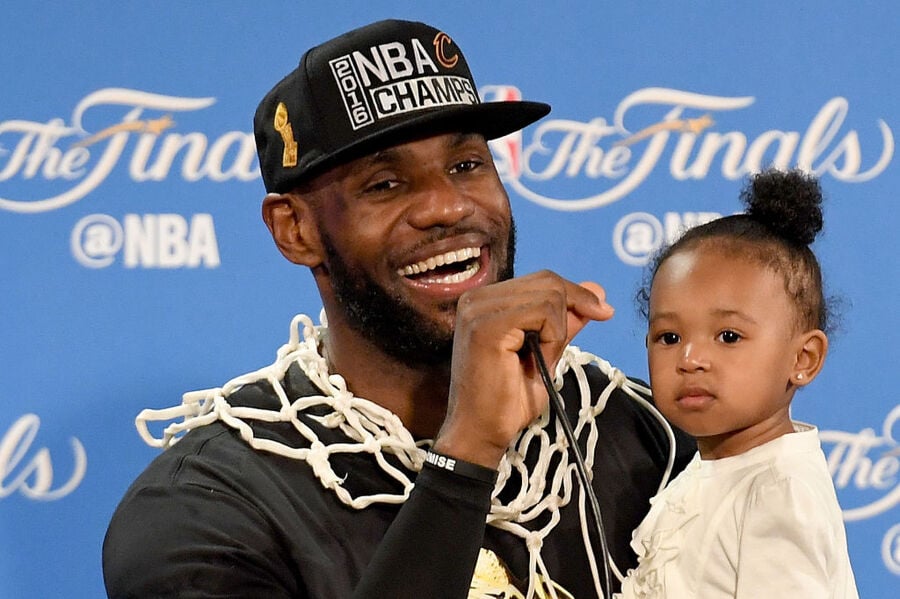 James picked up the east coast abode for exactly $20,986,500 in November, shortly after selling his three-story waterfront property in Coconut Grove, Florida for $13.4 million.

Custom built by mansion maven Ken Ungar in 2011, James' newest home was originally built for a real estate developer and his family. While arguably not as large as what some many consider a mansion, the home comes with six bedrooms, a pool, a cabana and a deck.

The home's living and dining rooms come each with their own fireplace, with the nearby kitchen leading into a large family room – making the residence a perfect place for James to spend time with family, friends or the whole team.

While each room features its own stunning details, the master bedroom – complete with a two-way fireplace, private sitting room, private terrace and marble bathroom – may be the shining star of the James family's California home.

Another must-have for the beautiful Brentwood weather is the home's inviting backyard. The home's deep verandas – perfect for al fresco lounging and dining – serve as open-air cabanas overlooking the nearby lap-lane swimming pool.

James sealed the deal through a closed market sale just months after his summer movie debut. As for seeing him on the silver screen again, the ball is still in the air. James has literally built his career on the court, accumulating a net worth of $340 million through contracts, deals and sponsorship agreements, but he isn't saying "no" to his latest rumored role.

Although Space Jam 2 hasn't even been written yet, the basketball star has said he is working with Warner Brothers – the studio behind the production – but has yet to confirm or deny his rumored starring role in the basketball-centric Looney Tunes sequel.

Regardless of his future endeavors and true to his word of remaining in Ohio, James still owns a seven-plus acre spread complete with a 30,000-square-foot mansion.