By Joseph Gibson on December 13, 2021 in Articles › Celebrity Homes

It's what the New York Post calls "the biggest downtown sale of the year", a nearly 9,000-square-foot, three-story penthouse at the top of an exclusive (and celebrity-heavy) penthouse in the Manhattan neighborhood of Tribeca. And the seller was was none other than Formula One champ Lewis Hamilton. Amazingly, Lewis never actually lived in the place.

The swanky penthouse sold for $49.5 million, a nice little profit over the $44 million Lewis paid back in 2017.

Here's how the home was described in its official listing:

"Penthouse H is the crown jewel of 443 Greenwich Street, an enclave of exclusivity in the heart of Northwest Tribeca. Measuring over 12,000 interior and exterior square feet, Penthouse H features six bedrooms, six bathrooms, two half bathrooms, 20′ soaring ceilings, multiple terraces, a plunge pool, and two dedicated parking spaces. This is a rare combination of volume, character, light, and luxury beyond imagination." 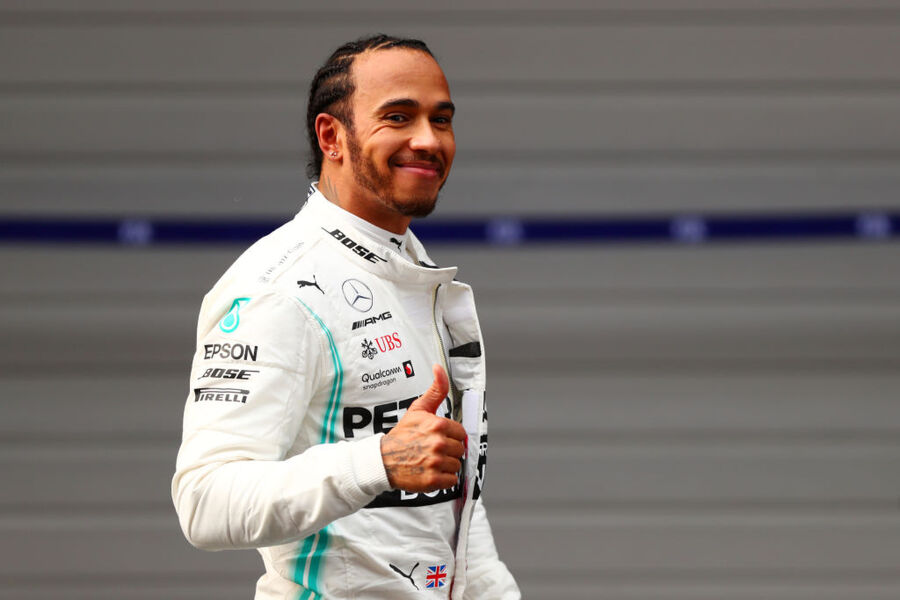 Beyond that, there are quite a few amenities, as you might imagine given the sheer size of the penthouse. There's a private elevator for traveling between the apartment's three floors, including what the listing calls the "pièce de résistance of Penthouse H": an almost 3,500-square-foot glass-enclosed top level, with floor-to-ceiling glass walls designed for breathtaking views of the city below and beyond.

The building is no stranger to notable figures, and some of its former and current residents include The Weeknd, Justin Timberlake and Jessica Biel, Harry Styles, Jake Gyllenhaal, Rebel Wilson, and more.

Hamilton doesn't own Penthouse H anymore, but he does still have another piece of Tribeca real estate that's almost as impressive. It's the penthouse apartment of another luxury building nearby, which he purchased in 2019 for $40 million.

The nearly $50 million sale might have been the biggest in the area this year, but it comes after years of Hamilton trying to get rid of the property. He first listed in 2019 for $57 million. And here's another tidbit: the property reportedly costs some $16,000 per month to maintain!

There's no video of Penthouse H at 443 Greenwich Street, but you can see video of a somewhat similar penthouse below, from Lifestyle Production Group on YouTube (for context, the former Hamilton penthouse was three formerly separate units like this, combined into one giant one):