By George J. Pilibosian on October 6, 2016 in Articles › Celebrity Homes

You may or may not remember it, but I sure do: the time Candy Spelling discussed selling the family mansion on Entertainment Tonight, which was known simply as 'The Manor.' Candy's reasoning for selling it was that the manor is just 'a little too big for one person.' Just a little too big for one person? Well, let's look at just how big The Manor really is, before we get into the fact the its current owner, Petra Stunt (formerly Petra Ecclestone), is trying to sell the place for $200 million.

The eye-popping estate features 14 bedrooms, 27 baths, 16 covered parking spaces, and 56,500 square feet of living area. Yes, you got that right: 56,500 square feet of living space! Built in 1990 for Spelling and her late husband, legendary TV producer Aaron Spelling, who produced such hits as Dynasty and The Love Boat, the gargantuan mansion is now owned by the daughter of Formula One magnate, Bernie Ecclestone.

Petra Stunt definitely used her Millennial-style influence to upgrade the residence and now is looking to sell it off for $200 million. One can see her younger taste, immediately upon entering the famed estate, where black is the new beige. The color black has even been painted on the grand staircase railings.

It's obvious why anyone who loves to entertain wouldn't die for an entrance like this one, especially at night, when people start to arrive in this incredible splendor.

Even Petra herself seems to be soaking up the incredible environment of this legendary estate. 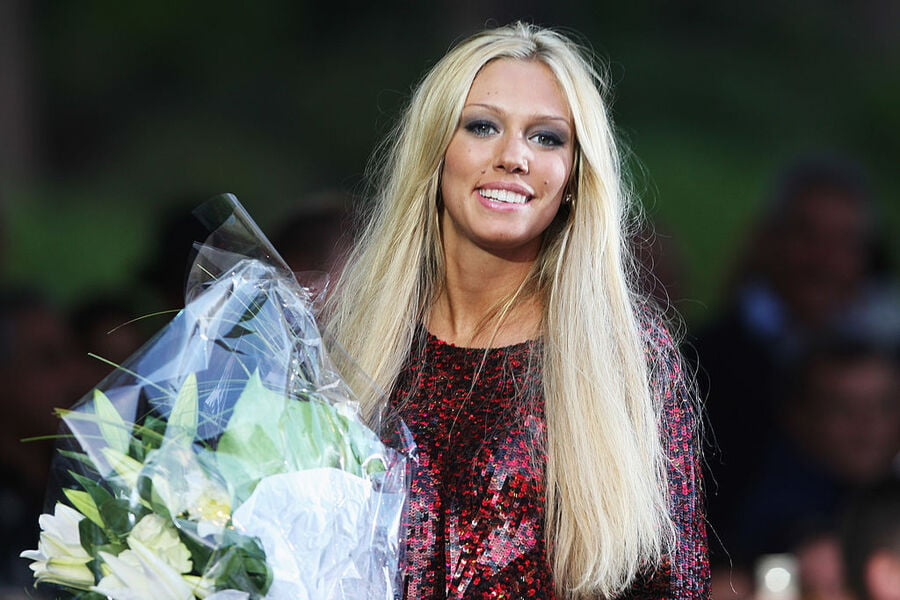 Clearly, Aaron Spelling was most comfortable writing the next episode of his most recent TV hit in his luxurious office and living area, made even more luxurious by the current owner.

So, the only question that remains, is who will pay $200 million for a home? Yes, this is quite the home, and yes, it was built by an American TV icon, but really? $200 million? Really?