You could call it the "house that Mouse built," since Michael Eisner spent twenty one years as the CEO of Disney, but to describe this property as a mere "house" would be like calling the Titanic a boat. Even words like "compound," "estate," and "mansion" don't really do this property justice without being accompanied by additional words like "sprawling," "palatial" or "otherworldly."

And speaking of "otherworldly" things, let's talk about the price tag. Michael Eisner's sprawling/palatial compound/estate/mansion was just listed for…

If Michael and his wife Jane get anywhere near that amount, it will smash the record for California's most-expensive home sale. That record currently stands at $177 million and was set by Netscape creator/Venture Capitalist Marc Andreessen in October 2021 when he purchased a similarly amazing bluff-top Malibu property located just down the road from the Eisner compound/estate/mansion.

When I was first tipped off to Eisner's sale, a few hours before I saw confirmation in the Wall Street Journal, I dug around the internet to see if I could locate an aerial view. I quickly found the property, but I was confused. 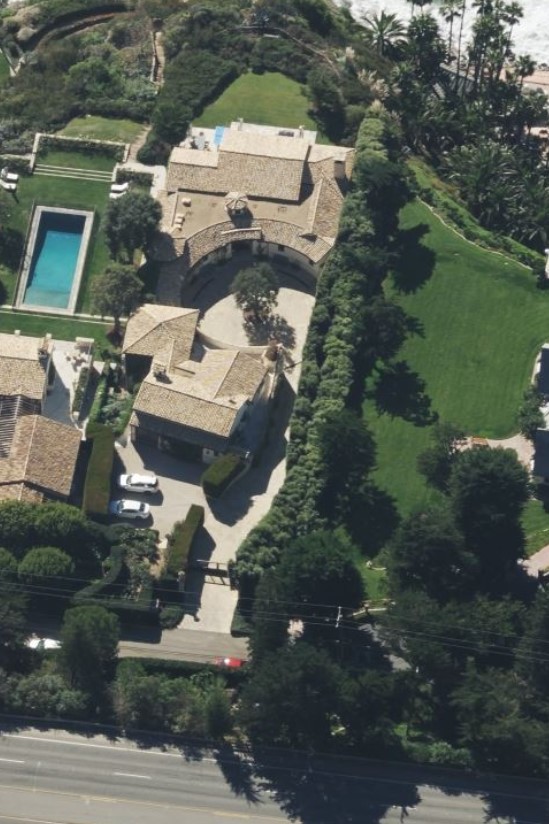 That's certainly a very nice multi-structure house with a gorgeous pool, seemingly-fantastic ocean views and an impressive circular driveway. But what we see above does not fit the description of a $200+ million property.

I was left even more dumbfounded when I discovered that property records indeed matched Michael Eisner's family trust as owning the property located at the address corresponding with the above photo.

After a few minutes of serious head scratching, I had a revelation. YES, what you see in the photo above is Eisner's $225 million mansion. But! As it turned out, I was focusing too narrowly in my aerial gazing.

In reality, THIS is Eisner's mansion: 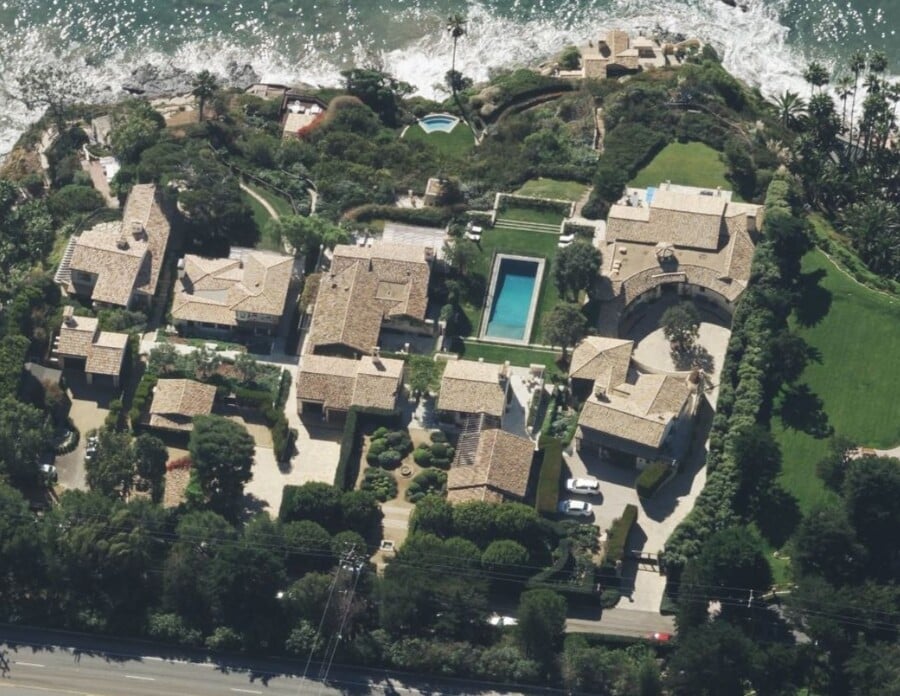 As you can perhaps comprehend, my brain's first instinct was to view the compound above as four distinct mansions.

Michael and his wife Jane purchased their first parcel in the above area in the 1990s. Over the following decades they acquired FOUR more parcels for a total of five spread over five acres. They then hired renowned architect Robert A.M. Stern to design what you now see.

There are NINE structures spanning 25,000 square feet of living space. There are 16 bedrooms and 28 bathrooms. There's an underground tunnel that leads to a circular grassy knoll with a spa that overlooks the ocean. There's an oceanfront cabana structure that is reached via elevator.

As we've stated already, this is located on an oceanfront bluff in Malibu. Here's an angle from the ocean side: 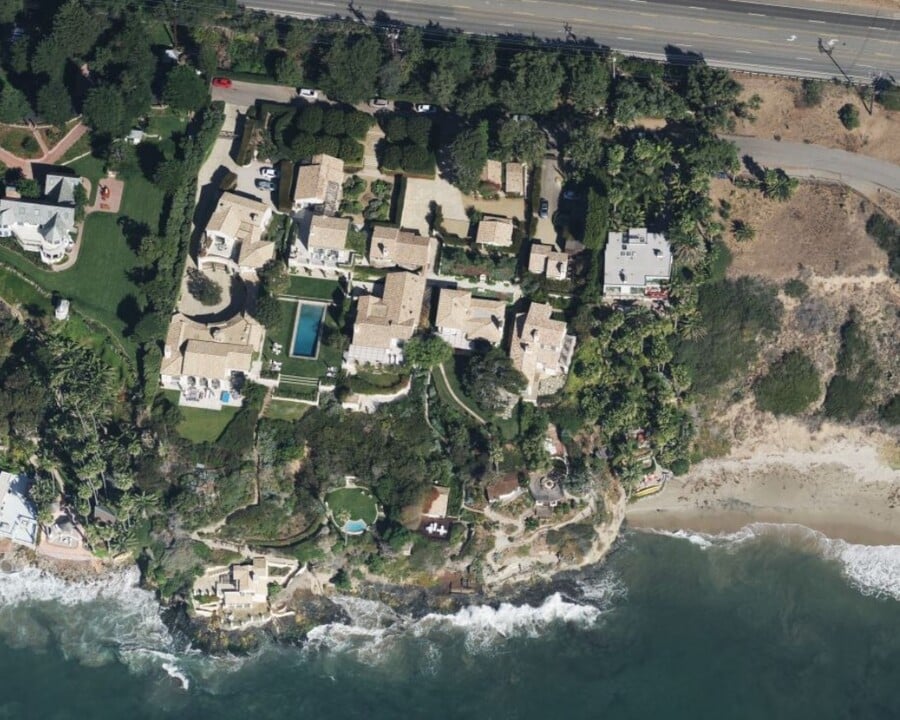 And here is a video tour that was uploaded just this morning to YouTube:

During Michael's multi-decade career overseeing Disney, the company's stock price rose 2,000%. As a result, Eisner was at times the highest-paid corporate executive in the world. For example, in 1993 he earned $203 million. That's the same as earning around $400 million in today's dollars.

In 2002, a securities report showed that Michael owned 14 million shares of Disney. It's unclear how many of those shares he owns today since he is no longer a company executive and does not own enough shares to require a disclosure. If he still owns all 14 million that stake is worth $1.6 billion.

And as we always like to discuss when we explore insane real estate, let's compute some property taxes.

If someone pays $225 million for Michael Eisner's property, their annual property tax bill will be…

In order order to have $2.25 million after taxes, one would need to earn around $4.5 million in pre-tax income.

But hey. If you've got enough money to afford a $225 million mansion, I hope you have about a billion more in cash sitting around the cover pesky little bills like property taxes.