By Chris Kelley on December 30, 2016 in Articles › Celebrity Homes

In the market for a bachelor pad? Look no further than playboy Dan Bilzerian's $5.1 million Las Vegas home – complete with five bedrooms, underground parking, and a pool.

Instagram playboy and gambling star Dan Bilzerian is known in many circles for his antics both on and off the poker table, but now he's looking to sell the bachelor pad he made famous in hundreds of extravagant photos and videos of high-end and over-the-top parties on Instagram. Often seen packed with bikini-clad party goers drinking, swimming, and playing arcade games, Bilzerian's Las Vegas mansion is listed at $5.1 million. The only reason the renowned party pad is getting listed? Bilzerian plans to live in a bigger house in Las Vegas that is closer to his brother, according to TMZ. 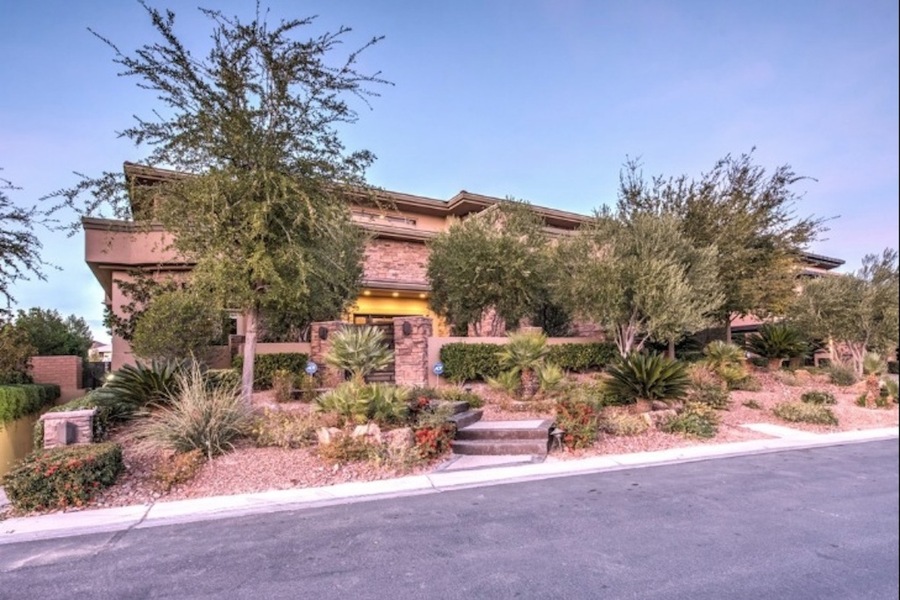 Bilzerian's mansion totals a spacious 9,400 square feet in space and features a plethora of amenities unique to what some may describe as a playboy pad. The custom Summerlin home is tucked within one of the city's most prestigious of communities, The Ridges, and sits adjacent to a private golf course. With five bedrooms, nine bathrooms, a pool and hot tub, underground parking, a built-in backyard bar and grill, and even a gun vault capable of holding up to 1,000 firearms, Bilzerian's mansion is easily the envy of any millionaire matchmaker. 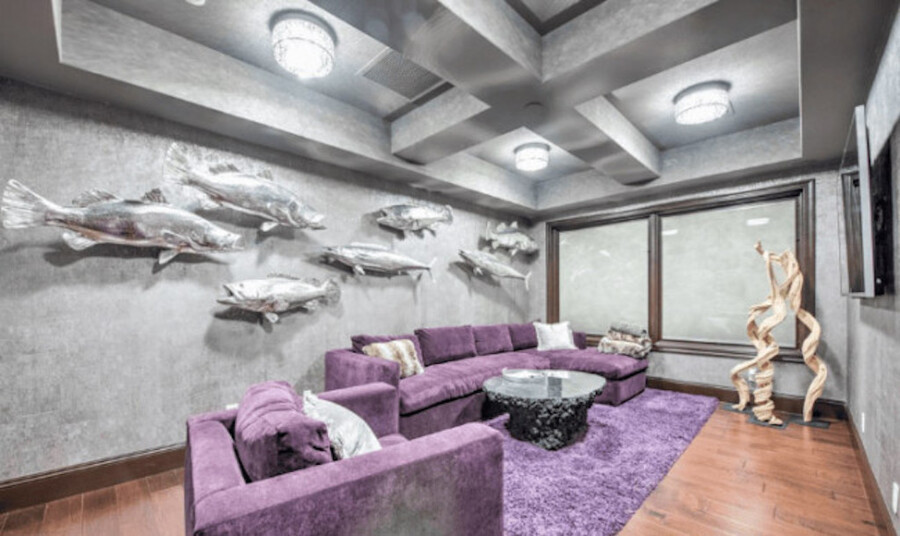 Despite its reputation as a party house, his mansion comes loaded with plenty of exquisite taste and design, like this formal sitting room. Although the focus is high class, Bilzerian has added touches of his personality throughout the house to create a masculine feel to the million dollar mansion. The multi-story home comes with a grand living room, kitchen, and family room, with several other lounging areas and nooks, and even a private office. 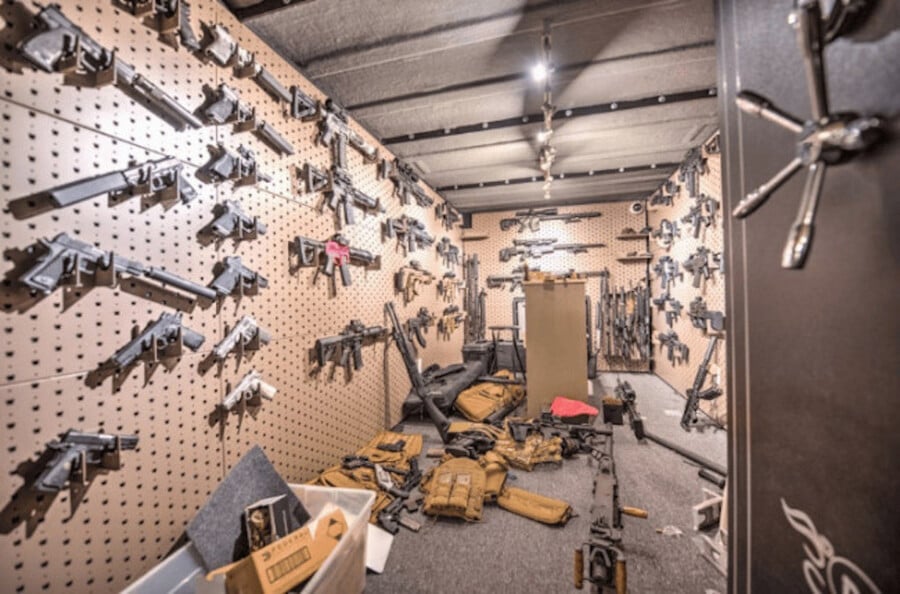 One room in particular at Bilzerian's mansion that has received some attention on social media is this storage chamber. When he's not competing professionally in the world of poker or exercising his other creative outlets, he is a self-professed gun collector. This in-home vault is said to hold up to 1,000 different guns at max capacity. For a brief time in 2015, Bilzerian announced that he was running for president, with gun rights likely to be included in his would-be platform. However, just a few months after his announcement, he rescinded his declaration and endorsed Donald Trump. Regardless, interested buyers with a gun collection should take note of this unique amenity. 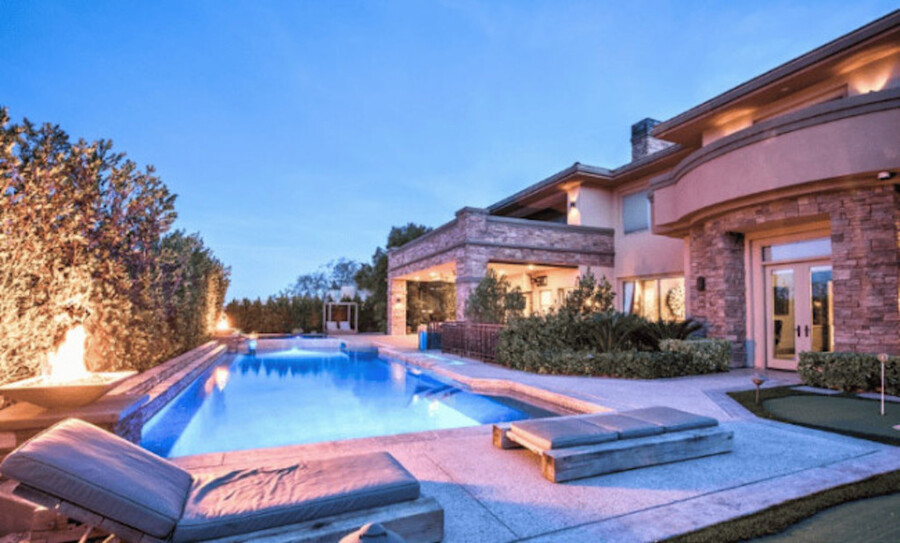 Perhaps a scene captured on his Instagram more frequently than not is Bilzerian's pool suite setup in the backyard. Not only can guests enjoy the scenic view poolside in the shade of an extended overhang, they can also enjoy food and drinks at the built-in bar and grill situated not far from the pool and hot tub. Trim and modern landscape designs surround and shroud the pool, creating a private and relaxing venue that proved a popular spot for many of Bilzerian's large parties. 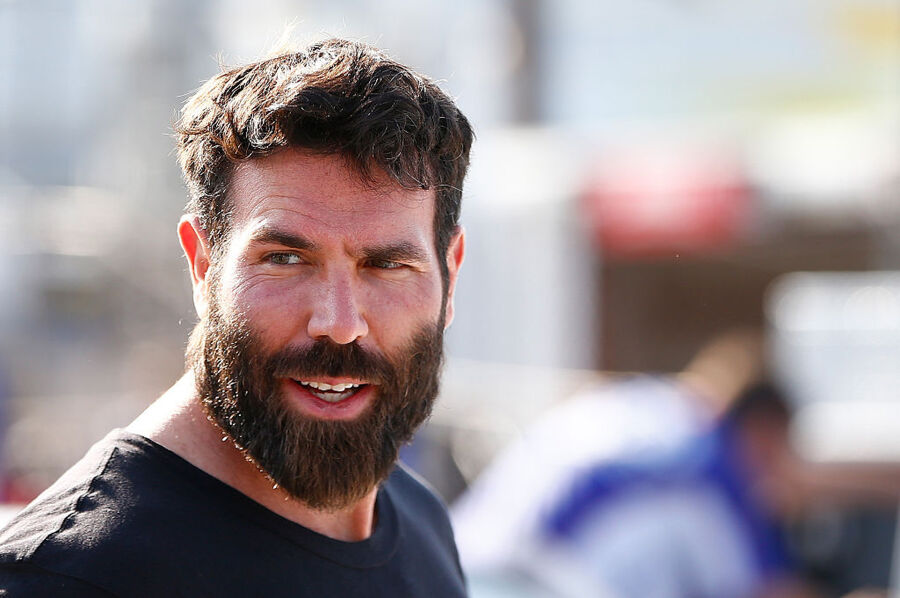 Dan Bilzerian – net worth $150 million – is an American venture capitalist, actor, gambler, and social media personality. While he has appeared in several films, it is his professional poker career and playboy lifestyle that has earned him the majority of his fame. Bilzerian is well known for documenting his extravagant and over-the-top bachelor pad and partying lifestyle on Instagram and Twitter. He spends his time between his home in Hollywood Hills, California and his new Las Vegas, Nevada mansion.