By Brian Warner on August 13, 2021 in Articles › Celebrity Homes

For his entire adult life, Floyd Mayweather has been a resident of Las Vegas, Nevada. His primary home since 2018 has been a custom-built, 22,000 square-foot mansion in a gated community not far from the heart of the Strip. With a net worth of $450 million, Floyd Mayweather can afford to own several homes in several cities.

He continues to own his previous Vegas mansion, a 13,000 square foot abode down the street. Outside of Nevada, Floyd owns an apartment in Manhattan and a mansion in Beverly Hills – which he bought for $25 million in 2017, the same year he made $300 million boxing Conor McGregor.

And now Floyd Mayweather might be taking his talents to South Beach.

As first reported by the Los Angeles Times, Floyd Mayweather is reportedly the buyer behind this $18 million Miami Beach mansion: 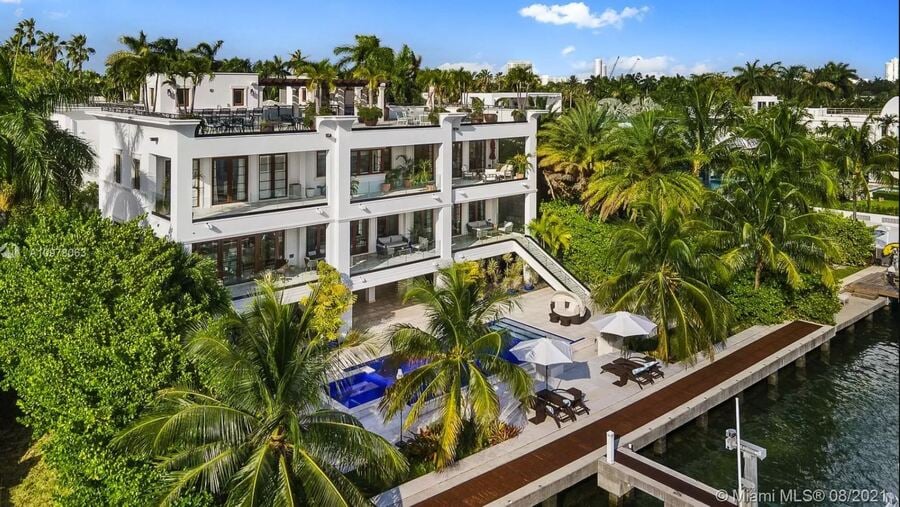 The home has nine bedrooms, 10.5 bathrooms, a movie theater, game room, gym and a private dock can accommodate a 100 foot yacht.

Check out this monster mansion in the video below. The roof deck looks like something you'd see at a shopping mall in Dubai. The pool view, at the 1 minute mark, with the yacht out front and the water… totally incredible. Well done, Floyd.