Forget Old Folk's Homes – Retire On A Luxury Cruise Ship! This Woman Has Done It For 10 Years!!

By Brian Warner on January 21, 2015 in Articles › Celebrity Homes

Someday I truly hope that everyone reading this article faces the daunting task of deciding how to spend your retirement years. Not only do I hope that you get to retire at some point, I hope you get to do it super early in life because you've made a fortune doing something you love. Assuming this happens, where/how do you want to spend your golden years? You could move into an old folk's home to be closer to people your own age. You could buy a condo near the beach in Florida. You could stay in your current home and try to take periodic vacations to exotic lands when you find someone to tag along. OR! You could follow Lee Wachtstetter's retirement plan. Mrs. Wachtstetter rejected all the standard retirement options in favor of a life that puts her on permanent cruise control. Literally.

Lee and her husband Mason loved taking cruises. They were married from 1947 until his death of cancer in 1997. That's 50 years for those of you who are slow with math. During their 50 year marriage, Lee and Mason took 89 cruises to pretty much every country in the world.

The day before he died, Mason told his wife "Don't stop cruising". That may have just become my new life motto by the way. 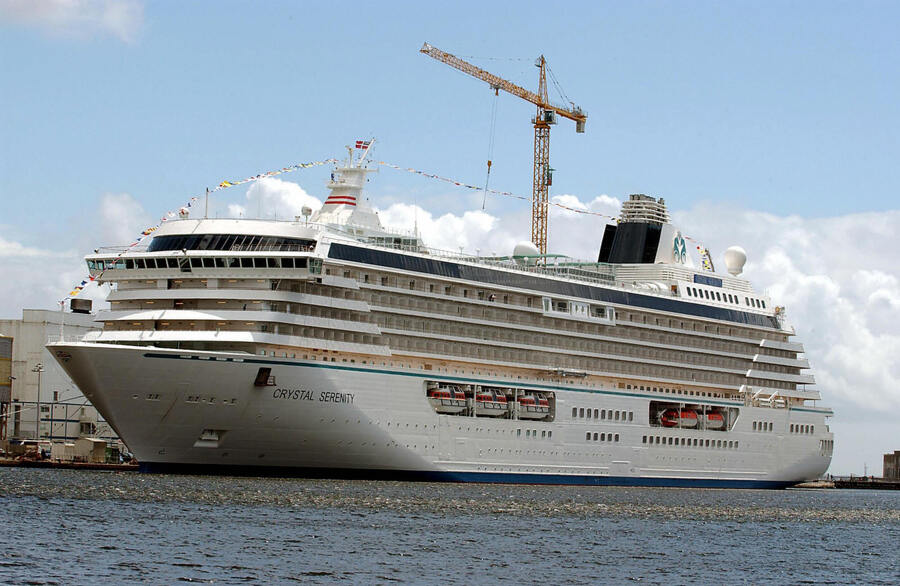 When they weren't on the open seas, Lee and Mason raised a family in a 5-bedroom Fort Lauderdale home that sat on 10 acres. After Mason died, Lee didn't really know what to do with her time. Most of her friends in Ft Lauderdale were getting on in age or had already passed away. She was bored and lonely living in that big 5-bedroom house all by herself.

At this point, most people would probably sell the big house and use the proceeds to buy a much smaller condo somewhere. Perhaps in a retirement village specifically built for seniors. That didn't exactly appeal to Mrs. Wachtstetter. At her daughter's urging, Lee did something remarkable. She did sell the big house and the 10 acres for a tidy profit. But she didn't use the money to buy a downsized condo or a room in an old folk's home. Instead, Lee Wachtstetter bought herself a permanent cruise ship vacation.

She spent her first three cruise-retirement years on a vessel operated by Holland America because the boat was known for their dance host program and Lee loved to dance. She dances every night for several hours after dinner. Unfortunately after three years, the boat discontinued the dance hosting entirely. The timing actually might have been good. At this same time, Lee had seen several travel magazine reviews that raved about dance hosts and live entertainment on a boat called Crystal Serenity, which was operated by Crystal Cruises. The Crystal Serenity was also a relatively brand new boat, having been launched three years earlier.

On the Crystal Serenity, Lee reserved a single-occupancy stateroom on the seventh deck. Her package includes all meals at both the regular and specialty restaurants for breakfast, lunch and dinner. More importantly she has access to all the entertainment, dance host events, captain's cocktail parties, comedy nights, movie nights and more. She typically eats dinner at an 8-person shared table so she can meet new people. She's gained 25 pounds in the last 10 years from the 24/hour all you can eat dining services 🙂

That's clearly a lot of money, but also keep in mind that this would also be a great way to see the world! The 86 year old Lee says she stopped counting how many countries she had visited after passing 100. And interestingly, when her ship docks at a port nowadays, she almost never disembarks. Not only has she basically already seen everything at all the various ports, she also loves when the ship is totally empty. On the other hand, she NEVER passes up the chance to visit Istanbul's Grand Bazaar. When she is on the boat, Lee spends her days doing needlepoint in her favorite lounge chair as the boat cruises along to the next destination.

The one downside of permanent cruise vacation is you don't get to see your family very often. Lee, or "Mama Lee" as the crew members call her, sees her family whenever the boat stops in Miami which actually happened five times last year. She does get to email and facetime with them, but the internet can be slow and expensive.

So here's the big question for all CNW readers: If you could afford the $164k per year price tag at the time of your retirement, would you consider retiring on a cruise ship??? If they had high speed internet for free (or a reasonably low fee) I would probably consider it. I might even do it right now and continue running CNW from International Waters. How does one get taxed when you live on a cruise ship? This might actually be a brilliant move that pays for itself!

At the very least, I think we should all make "Don't stop cruising" our life motto.