By Brian Warner on September 15, 2021 in Articles › Celebrity Homes

The ultra high-end Los Angeles real estate market is extremely strange at the moment. A couple days ago, a nearly-completed 100,000 square-foot mansion called "The One" defaulted on its construction loans and was forced into receivership after it could not find a buyer. Over in Malibu, football legend Joe Montana happily paid $7 million (one third of his all-time NFL earnings) for a three bedroom home that's less than 1,400 square feet.

Down the block from Joe's new beach shack you'll find Pierce Brosnan's absolutely stunning 13,000 square-foot multi-structure beachfront compound. Despite being absolutely perfect, Pierce could not find a buyer at his $100 million asking price for over a year, so he just took it off the market.

And then there's this latest news involving Snapchat's billionaire CEO Evan Spiegel. According to Dirt.com, Evan and his supermodel wife Miranda Kerr just paid $100 million for a mid-construction property in an area called Holmby Hills.

So that's $100 million to have the privilege of spending another likely $20-50 million completing the project. 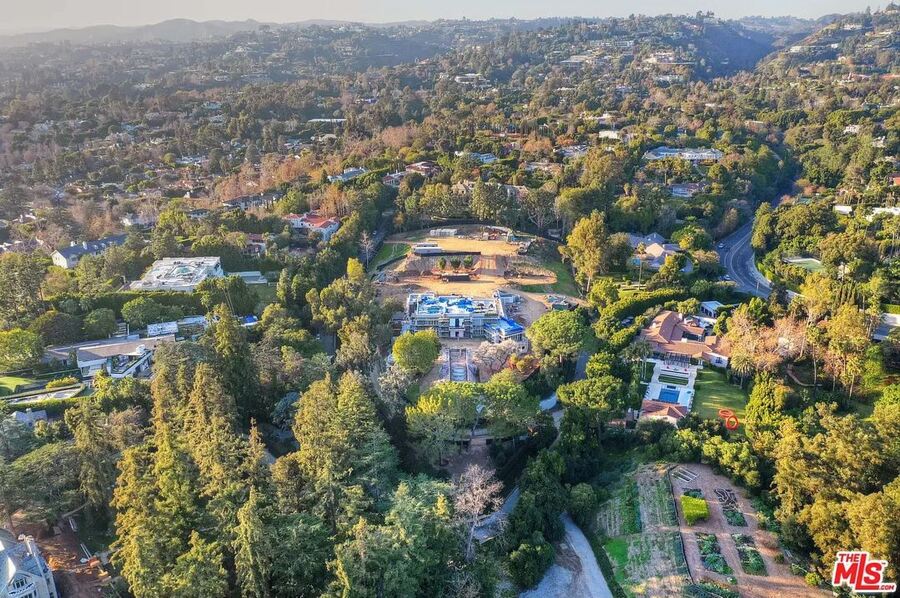 What you're looking at in the above photo is a 4 acre property that is technically two parcels of land.

As the sleuths over at Dirt.com dug up, Evan paid $25 million for the first parcel back in May. That parcel is 1.4 acres of the mid-construction land land you see above.

Evan just closed on the second parcel, which encompass 2.6 acres, for an undisclosed amount. The total amount across the two transactions is reportedly at least $100 million.

The seller of both parcels is an English billionaire named Ian Livingstone. Ian and his brother Richard parlayed a successful chain of eyeglass stores into a combined net worth of $4 billion built on an impressive real estate company they co-founded called London & Regional Properties. Don't let the company's boring name fool you, London & Regional is one of the largest privately-owned real estate investors in Europe. L&R's holdings are extremely secret but the company is believed to own over $10 billion worth of assets globally. Some their known assets include:

Ian Livingston came to own the above Holmby Hills property through two transactions, one in 2014 and the other in 2017, spending roughly $72 million in total (according to Dirt.com). As you can see from the photo above, he set out renovating what appears to be a partially completed 20,000+ square-foot mansion.

Ian bought the properties from Jamie McCourt. In 2004 Jamie and her then-husband Frank McCourt bought the properties from producer Babyface for $21.3 million and proceeded to spend $14 million on various renovations. Frank and Jamie also earned their wealth in a relatively boring way… their initial fortune came thanks to parking lots in Boston. After a failed attempt at buying the Boston Red Sox, Frank and Jamie bought the LA Dodgers in 2004 for $430 million using mostly financed debt. Hence the big move from Boston to Holmby Hills.

Unfortunately the McCourts embarked on what became an extremely bitter divorce battle in 2009 after 30 years of marriage. According to the divorce filings, the McCourts were paying $202,000 per month on maintenance at the Holmby Hills mansion. After spending $20 million on attorney's fees, in the end, Frank paid Jamie $130 million in cash to relinquish her claims on the Dodgers. Frank relinquished ownership claims on a half dozen of the couple's mansions including this one in Holmby Hills, two in Malibu, one in Montana, one in Colorado, one in Massachusetts and one in Mexico. Frank ended up selling the Dodgers in 2012 for $2 billion to a group of buyers including Magic Johnson.

To give you some sense of the sheer magnitude of Evan and Miranda's new estate I want you picture the Playboy mansion. You're probably picturing a huge estate with enormous lawns and grounds that seemingly never end, right? I've been to the Playboy mansion and can confirm that image is correct. 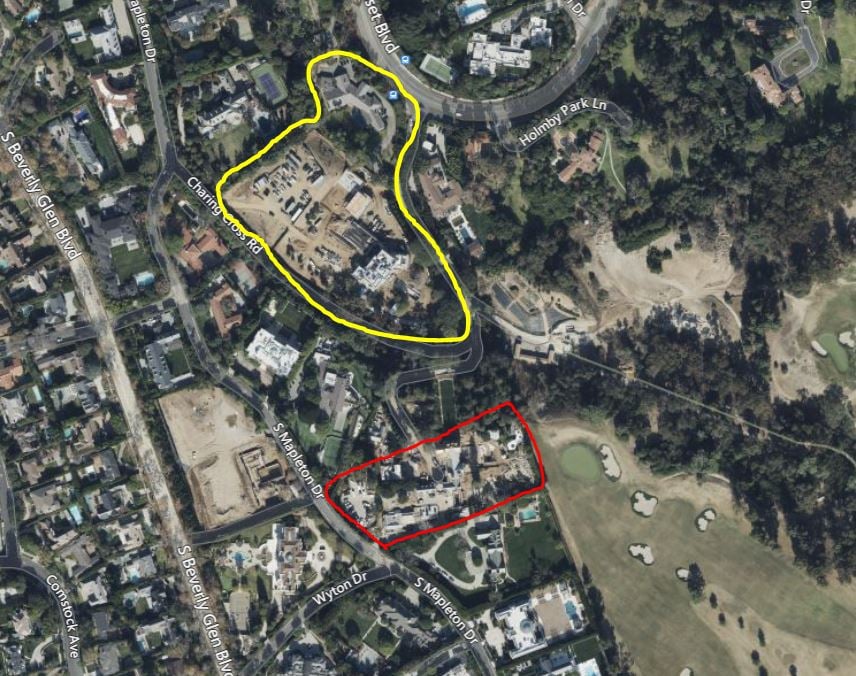 If I zoom out a little bit, you can see the former estate of Aaron Spelling. Also known as Spelling Manor, the late producer's home was at one time the largest private residence in Los Angeles county. I've circled Spelling Manor in blue: 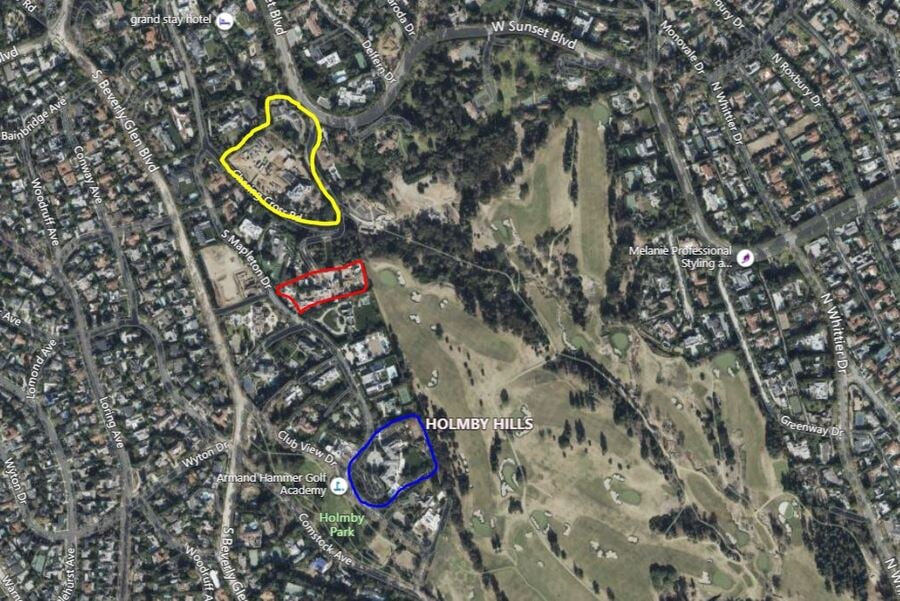 So ya. Evan and Miranda's new estate is off the charts even in its current mid-construction form.

Perhaps that's why $100 million in this case was justified. And even if they spend another $50 million (or more) completing the project, they'll still probably be in the money. Not that they care about money thanks to Evan's current $13 billion net worth.