By Joseph Gibson on December 10, 2018 in Articles › Celebrity Homes

Good news for anybody looking for a bargain on a swanky Hollywood Hills house (better make that houses, but I'll explain that in a minute): Eva Longoria has been trying to get rid of hers for a while now, even though she got it fairly recently from its much more famous previous resident, and she recently dropped the listing price by some $1.2 million, bringing it down to a steal at $9.8 million.

First, I'll break the suspense and just tell you that the previous owner was none other than Tom Cruise, who sold the two houses on the property to Longoria, back in 2015. Yep, two houses for the price of one, depending on how you calculate prices: One a a four bedroom, four bathroom country-style home, and the other a French villa with three beds and three baths. There's also room on the almost three acre property for "two standalone studios and a quaint stone cottage." 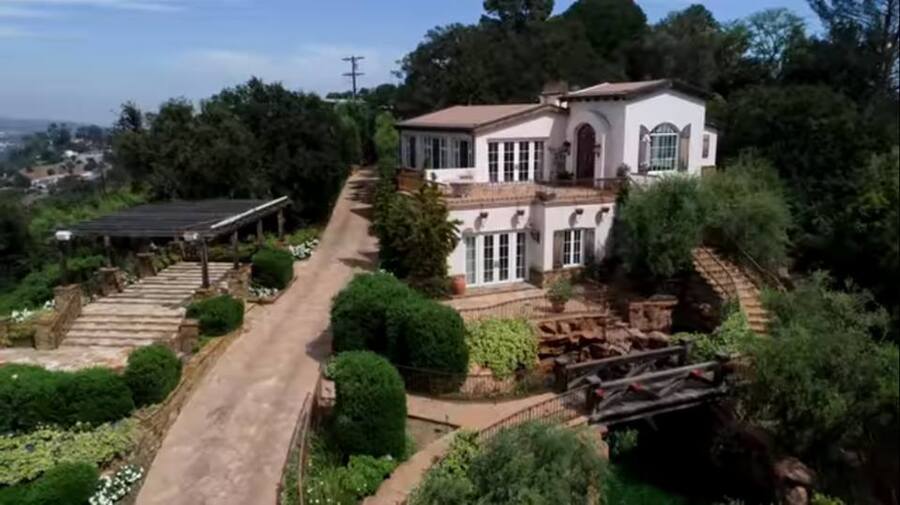 Interestingly, it's the three-bed, three-bath house that's considered the primary residence according to the real estate agency's official YouTube listing for the house. Both of the homes on this property boast "panoramic views" of the surrounding valley, along with unique touches like a storybook footbridge," and if you plan on having company, there are plenty of spots for your guests to enjoy the scenery:

"Surrounded by an abundance of mature shade trees and flanked by a series of meandering, stone-paved walking paths, the property showcases an array of outdoor entertaining terraces."

It just goes to show that no matter how perfect your home is, it can still be a pain in the neck to sell. And about that official YouTube listing, if you'd like to take a brief look at this home/homes that's been the private sanctuary for both Tom Cruise and Eva Longoria, you can do so below. Enjoy: