By Chris Kelley on November 10, 2016 in Articles › Celebrity Homes

A house fit for the King of Rock and Roll is back on the real estate market, but grabbing it up is going to cost you. The chance to live like Elvis Presley in his newly listed former Beverly Hills home will set you back a cool $30 million.

A piece of real estate famous for housing Elvis and Priscilla Presley in Beverly Hills is back on the real estate market and ready for new residents. While the news may come as much more of an excitement to Presley fans than most, it is worthy to note that the home the Presley's shared from 1967 to 1973 has remained largely off the market until now. The undeniably west coast property – a 1958 French Regency-style home that has since seen many modern updates – has been off the market for two years, but prior to 2012 was kept off for over two decades, making it quite the rare buy.

Although Elvis can be credited with giving this Beverly Hills home a claim to fame, its many modern updates can be attributed to one of its more recent owners. The Trousdale Estates home was scooped up in 2012 by restaurateur and hotelier Peter Morton for a total of $9.8 million. Rumors swirled that Morton, founder of the Hard Rock Café, planned to flatten the home and completely redevelop the property, sparking massive public outcry from fans and preservationists alike.

As many protested Morton's alleged plans, such outcry erupted that Burger King offered to buy the home for $3.69 million with a promise of preservation. Instead of either razing it or selling it to a fast food chain, Morton poured his efforts into flipping the property, selling it for $14.5 million to the unlisted corporate entity now listing it. (To put that in perspective, Elvis paid $400,000 for the home not long after his 1967 wedding to Priscilla.)

Designed by Rex Lotery, the famed estate sits at 5,367 square feet, with a generous layout featuring three bedrooms and five bathrooms. Like the exteriors of the home, the living areas have received quite the modern revamp under Morton's direction. Another obvious addition to Elvis' former home are floor-to-ceiling windows that show off the Los Angeles skyline. However, some echoes of the home's past remain, including the home's standout coffered ceilings and vintage plaster detailing throughout.

Situated on a healthy 1.18 acres, the Beverly Hills residence offers plenty of new amenities in its updated condition. The home now features expansively updated backyard patio seating and entertainment spaces and welcomes the return of the home's pool and spa area. Not far from the lounging area is the property's guest residence, complete with private parking.

Despite being nearly 40 years since Presley's passing, many die-hard fans still make the uphill journey to leave notes and pay their respects at the property's front gate, a tradition that has existed since he lived there. 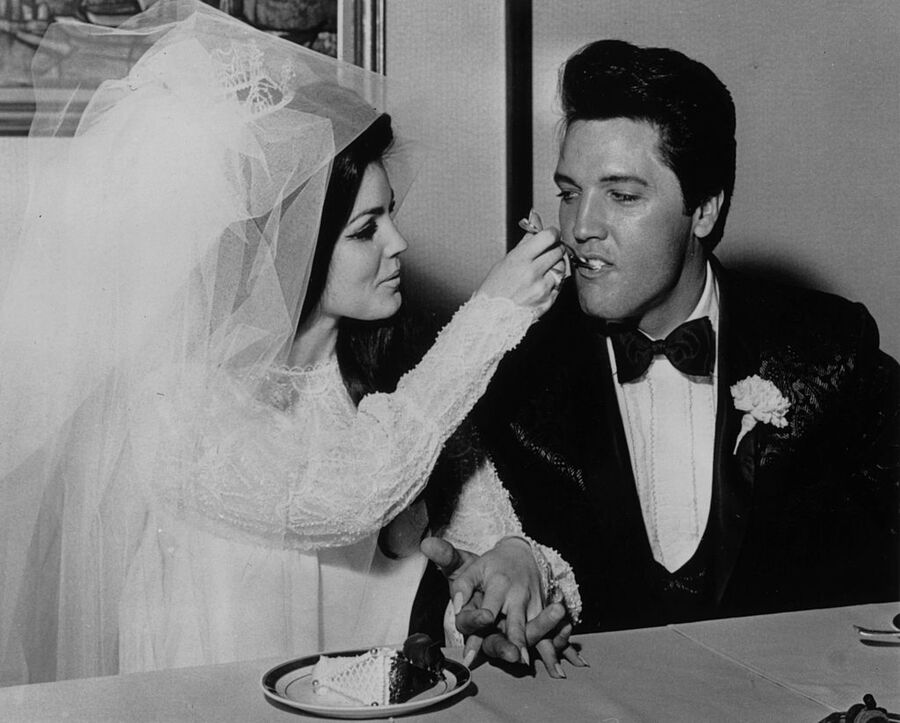 Elvis Presley was a famous American singer, musician and actor, famous for popularizing rockabilly music and often dubbed the King of Rock and Roll. At the time of his death at the age of 42, he was worth $300 million. Surprisingly enough, even in death the singer is maintaining a healthy revenue. He earned $27 million in the past year alone, making him officially the fourth highest-paid dead celebrity.