By Joseph Gibson on June 6, 2019 in Articles › Celebrity Homes

You might remember that singer and budding real estate mogul Adam Levine was selling a lavish Beverly Hills mansion. In the most recent development, TMZ reports that Levine found a buyer that he's well acquainted with socially and professionally: Ellen DeGeneres, who reportedly paid a cool $45 million for the property.

The mansion's selling price isn't too far from the $47.5 million at which it was listed, and would have been a tidy profit compared to the $35.5 million Levine spent when he bought it from Will & Grace creator Max Mutchnick last year. But that doesn't include the additional $7 million that Levine reportedly spent remodeling the home and bringing it to its present state.

As previously reported, the mansion itself measures in at more than 10,000 square feet, with 2,000 of those square feet given over to the master bedroom alone. There's also a spa, gym, two kitchens, and a professional grade screening room, while outside you'll find a resort-caliber swimming pool and a separate guest house. And if Ellen is a big tennis fan, another component of the home might have played a part in her decision to buy: The house was also once owned by none other than tennis star Pete Sampras. 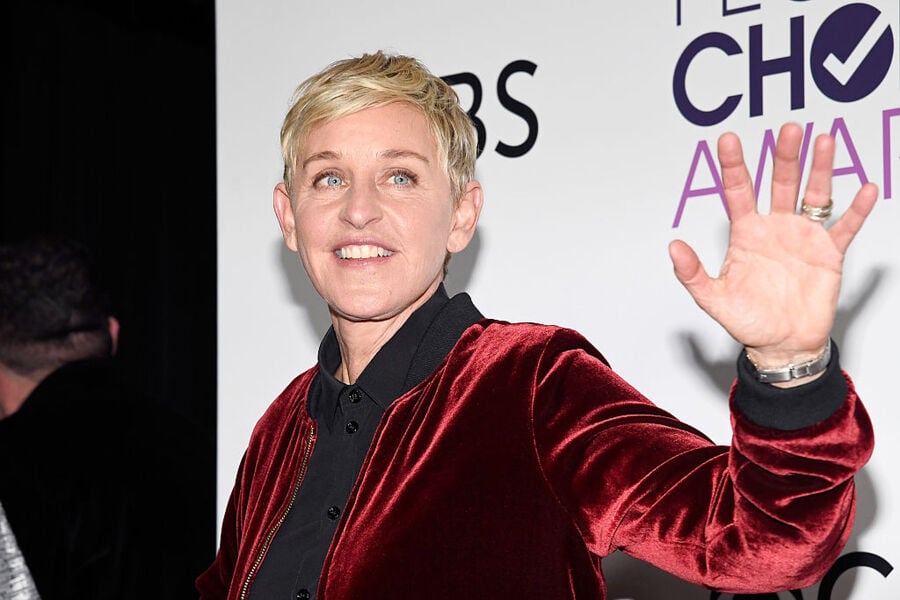 Of course, DeGeneres and wife Portia de Rossi are in need of new digs in the area, since they recently listed a property of their own for nearly $18 million. Meanwhile, Levine and wife Behati Prinsloo are also reported to have their next living situation all lined up, having recently purchased the Pacific Palisades mansion sold by Ben Affleck and Jennifer Garner for $32 million. So, it seems like a lot of celebrities out there are interested in living in homes once occupied by their fellow celebrities, and luckily, they also seem to relocate in clusters so it all works out.