By Joseph Gibson on February 27, 2020 in Articles › Celebrity Homes

Dwyane Wade and Gabrielle Union, married since 2014, have just purchased a new, and massive, mansion in the Hollywood Hills, Dirt reports. The couple spent some $20 million on a home believed to be about 20,000 square feet with seven bedrooms and nine bathrooms – but details on the home are sparse thanks to the fact that it was never publicly listed on the open market.

Reportedly, though, the home has three stories and various top-notch amenities, like a home movie theater, a wine cellar (complete with tasting room), a "fitness suite" equipped with a spa and sauna, and a zero-edge swimming pool out back. It's also got plenty of room for guests and their cars, with a garage with space for 12 cars.

Here's how the house was described in marketing materials when it was listed for sale a few years back:

"This three-level 22,000-square-foot home in an exclusive neighborhood is perfect for those who crave privacy but love to entertain. A spiral staircase adds drama to the home, which also includes home theater, spa and sauna, wine room, and a 12-car garage with a turntable." 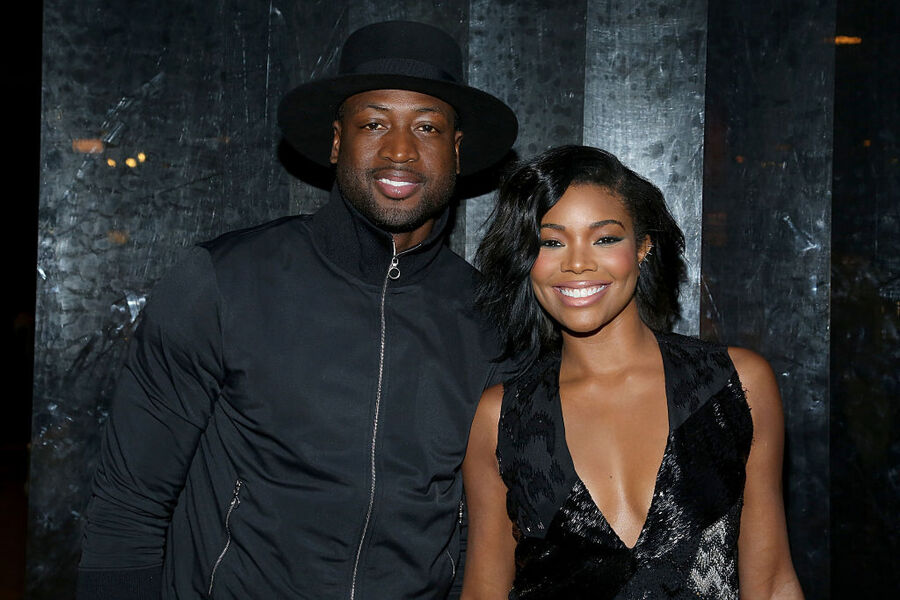 Back then, the mansion was listed with a price tag of almost $23 million, but the word is that Wade and Union paid a little under that for the property at closer to $20 million.

The couple still own at least two additional properties along with this newly acquired one. There's a Mediterranean-style villa in Sherman Oaks that set them back a reported almost $6 million back in 2018, as well as (for now, anyway) a mansion in Miami Beach Wade bought in 2010, that at 12,000 square feet is still dwarfed by the Hidden Hills house. The latter is currently listed on the market with an asking price of $29 million, a price cut compared to what was asked when it was first listed last year.