By Simon Gerard on January 22, 2012 in Articles › Celebrity Homes

With Drake's platinum album "Take Care" still the top selling hip hop album on the Billboard chart , it looks like his success has inspired him to upgrade his crib. Drizzy has put his two Miami condos up for sale for over $2 million combined and has moved into a new $9 million bachelor pad. While it's not confirmed if he has bought the mansion, he's at least spending $45,000 a month on rent for it.

This Playboy-esque mansion found in Hidden Hills, Los Angeles, covers an expansive 7,500 square feet, but has no problem filling it up with features. It holds 6 bedrooms,10 bathrooms and pretty much everything you can think of that would be included in a luxury resort. There is a tennis court, volleyball court,  a 5 horse stable and riding arena. More a water park than a pool, extending from outdoors to indoors. You'll see an grotto area under the waterfalls, with an outdoor lounge extending into it. There is also a dining area/wet bar found within a cave around the waterfalls. The backyard itself is filled with lounging and BBQ areas, both open to the sun and covered cabanas, with an outdoor games area, including a pool table and ping pong table. Inside features a massive wine cellar, a 24 seat home theater, a full-size gym and spa facilities. Notice in the Lion King-themed room there's even a ATM machine. 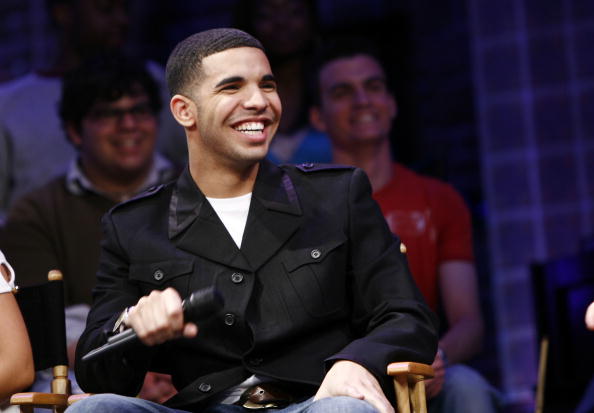 Drake's two Miami condos were featured in his "I'm On One" video. I'm sure his new crib, with waterfalls, grottos, volley and basketball courts and even horses will add up to an interested music video in the near future. The only home more music video worthy than this has to be 50 Cent's mansion, with its own nightclub with stripper poles.