By Chris Kelley on January 19, 2017 in Articles › Celebrity Homes

Hollywood director Richard Donner, perhaps best known for kick-starting the superhero movie craze with 1978's Superman, has reason to celebrate. His oceanfront retreat located in Maui, Hawaii, has just sold for the blockbuster price of $16.5 million.

Situated on the second largest of the Hawaiian Islands, the one-acre Keawakapu Beach oceanfront estate is certainly a stunning one. Donner, whose career as a filmmaker spans such famous flicks as The Goonies, Maverick, and Lethal Weapon, first listed the property with a price tag of $22 million last year, although the asking price was most recently dropped to $19.9 million. 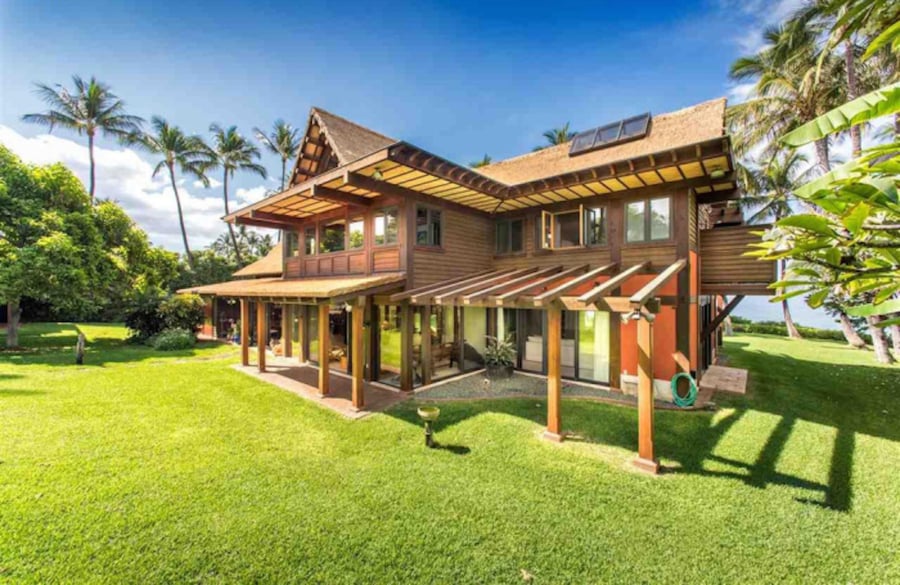 With almost a cinematic look all its own, this Polynesian-inspired beachfront retreat in Kihei, Maui, is tucked behind private gates and surrounded by a thicket of well-manicured palm trees and rolling lawns. The tropical escape not only includes the 4,500-square-foot main house that was custom designed by architect Thomas A. Kligerman specifically for Donner and his wife, Lauren, but it also comes with a two-bedroom guesthouse and over 160 feet of private beachfront in an area known for its world-class snorkeling and surfing. 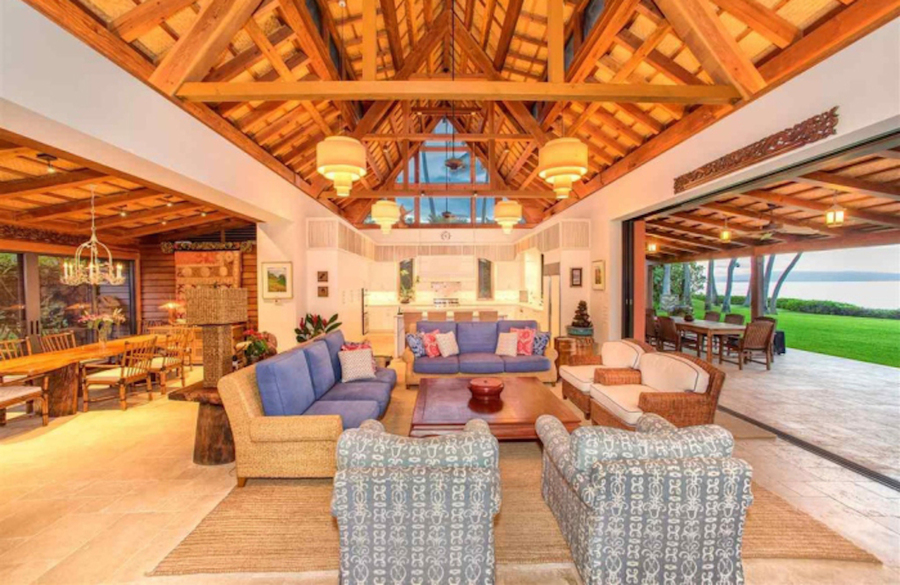 The primary home on the Maui compound comes packed with two bedrooms, one full and three half bathrooms, a state-of-the-art screening room, and this seemingly cavernous styled great room. Not only does this Polynesian beauty feature rooms with high, voluminously vaulted ceilings lined with exposed wood, but it also comes with a (literal) house-wide lanai, visible through walls of sliding glass that stretch across much of the home to provide an postcard-perfect view of the palm-laden lawn and nearby beachfront. 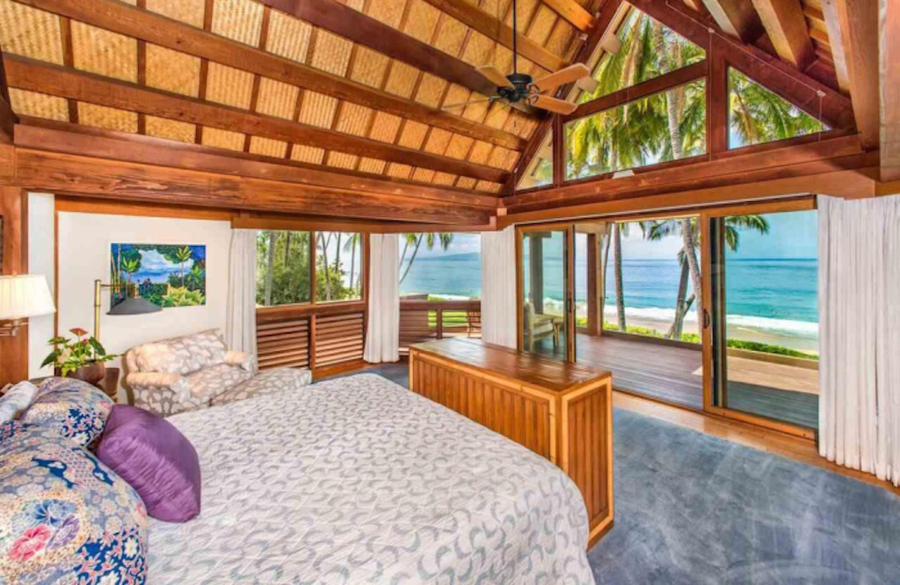 Not unlike the rest of the stunning property, the main house's two suites offer up private, enchanting oceanfront views of their own. Following the trend of rich, exposed wood and spacious vaulted structure, the home's master suite shines in mahogany colors and a marble-laden floor. Its own private sliding glass doors step out onto a continuation of the home's lanai, with palm trees and beautiful blue water visible even through the wall's glass panes that extend to the ceiling. 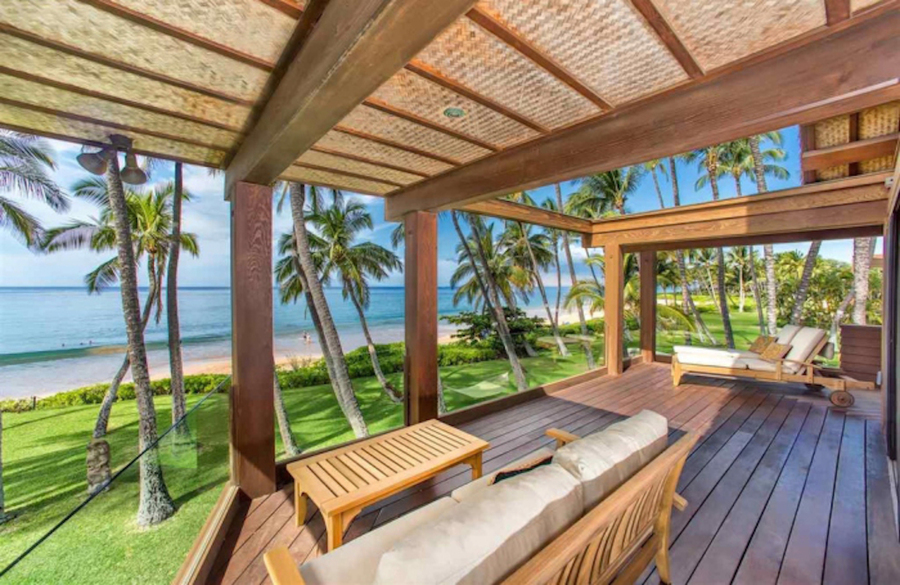 The lanai itself is where the home's new owners – who remain unidentified – will likely find themselves spending the most time. With a variety of attached patios, the covered veranda is perfect for enjoying the sights, sounds, and smells of the literally cinematic view of one of Maui's most popular destinations. 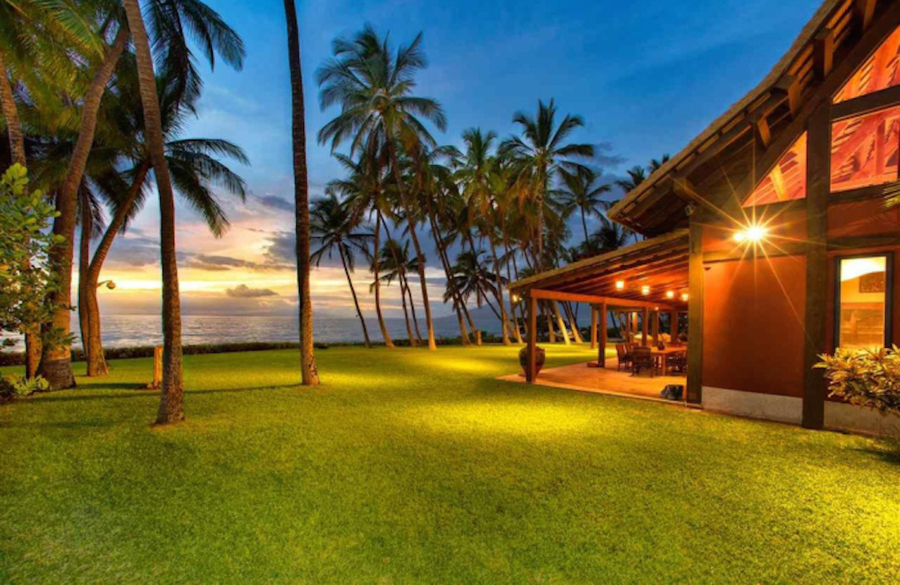 While Donner and his wife won't be seeing this beautiful Maui view any longer, it's unlikely the filmmaking power couple will be hard off to find a relaxing retreat. The superhero movie pioneer, now in his 80s, still owns a Beverly Hills home and two separate properties on the Sunset Strip with his wife. 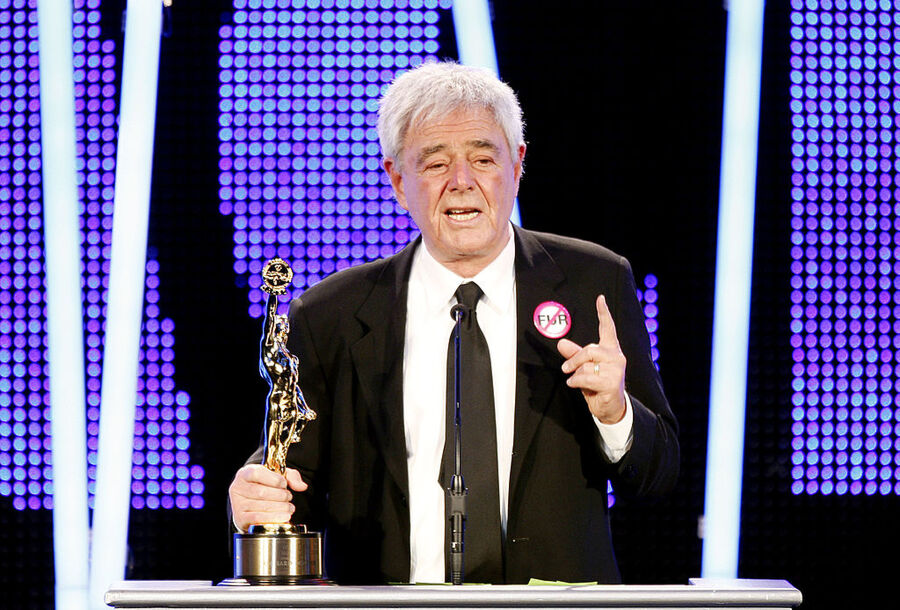 Celebrity Net Worth can confirm that producer and director Richard Donner is worth $100 million. The esteemed filmmaker, whom film historian Michael Barson describes as "one of Hollywood's most reliable makes of action blockbusters," is known for directing The Omen (1976), Superman (1978), The Goonies, Lethal Weapon, and more. He and his wife, producer Lauren Schuler Donner, own The Donner Company, a production entity best known for producing the X-Men film series. In 2000, Donner received the President's Award from the Academy of Science Fiction, Fantasy & Horror Films.