Did Tina Turner Quietly Pay $76 Million For A Lakefront Estate In Switzerland?

By Brian Warner on January 21, 2022 in Articles › Celebrity Homes

You may not have even realized it, but Tina Turner left the United States for Switzerland decades ago. She hasn't even been a US citizen since 2013.

Tina started spending less time in the US after she met German music executive Erwin Bach in 1986. They began dating and were soon splitting their time between his home in Cologne, Germany, and her properties in Los Angeles, London and the French Riviera.

In 1995, Tina and Erwin decided to uproot their lives and move to Switzerland. As Tina would later explain in a New York Times profile, she appreciated "the Swiss zeal for order." Switzerland's 11.5% maximum tax rate for individuals wasn't so bad either 🙂

There was one tiny challenge when they first moved to Switzerland: Non-Swiss citizens basically can't buy property in Switzerland. As my Swiss friend just explained – "Foreigners can buy in super touristy places like the ski resorts, but anywhere cool that you'd actually want to live is strictly Swiss only. Also if you do buy a chalet at a local ski resort, you can't live there more than six months a year."

Tina and Erwin wanted to live in Zurich. Specifically along the gorgeous shores of Lake Zurich. Unfortunately Zurich (along with Geneva, Basel and Zug) are strictly Swiss-only if you're looking to buy.

Undeterred, Tina and Erwin did the next best thing. They became renters!

From 1995 until just recently, Tina and Erwin rented an enormous estate called Chateau Algonquin located right on the shoes of Lake Zurich.

When Tina and Erwin finally tied the knot in July 2013, they held the ceremony and reception at Chateau Algonquin with a guest list that included Oprah Winfrey, Gayle King, Bryan Adams, Giorgio Armani and David Bowie.

Three months before they got married, the Swiss government gave Tina an early wedding gift. She was granted Swiss citizenship and a Swiss passport!

As it turns out, in January 2013 Tina took the country's mandatory citizenship test – a test that includes a requirement of advanced understanding of the German language and Swiss history. Three months later, after about twenty years of living in the country, she was finally a citizen.

For whatever reason, I'm guessing it was somehow tax related, in October 2013 Tina put in her paperwork at the US embassy in Bern to officially renounce her American citizenship. 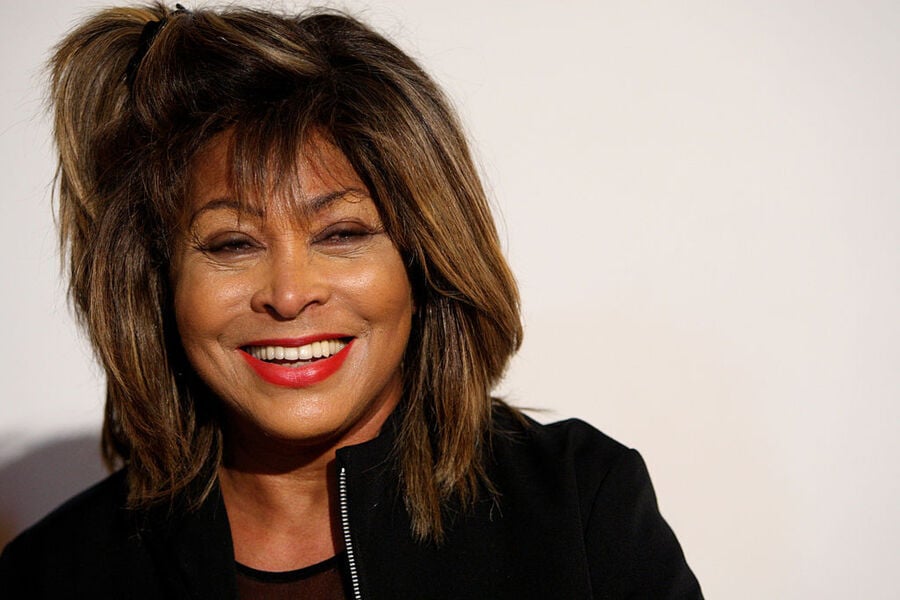 Thank you for indulging me in that little bit of Tina Turner Swiss history. Swisstory.

Fast forwarding to the present.

A Swiss news outlet just revealed that Tina and Erwin finally became property owners at the end of 2021. How did they come upon this major scoop? Erwin Bach's name popped up on the property/land ownership registry in a tiny lakefront municipality called Stäfa.

The Turner/Bach property is actually more of a compound comprised of 10 historic buildings that have a combined 260,000 square-feet living space. There's a private pond, stream, boat dock and swimming pool. Roger Federer reportedly toured the property just months prior but ultimately bought something else nearby.

According to the Swiss news outlet that first spotted the purchase, the price for Turner/Bach was 70 million Swiss Francs. Converting to USD, that's…

Wow. Those tax savings must have really added up!

Perhaps to help with the down payment, in the months before the purchase Tina agreed to sell her music rights and rights to her name, image and likeness to music publishing company BMG for $50 million.

Tina and Erwin reportedly made the decision to buy after "both" finally received Swiss citizenship. We know Tina has been a citizen since 1994, so maybe Erwin was holding out until last year? Either way, they're both officially Swiss citizens, Swiss tax papers and, most importantly, Swiss property owners!

I wish I could show you photos of the property but I couldn't find any that were license-able. Here's a shot from Google maps: 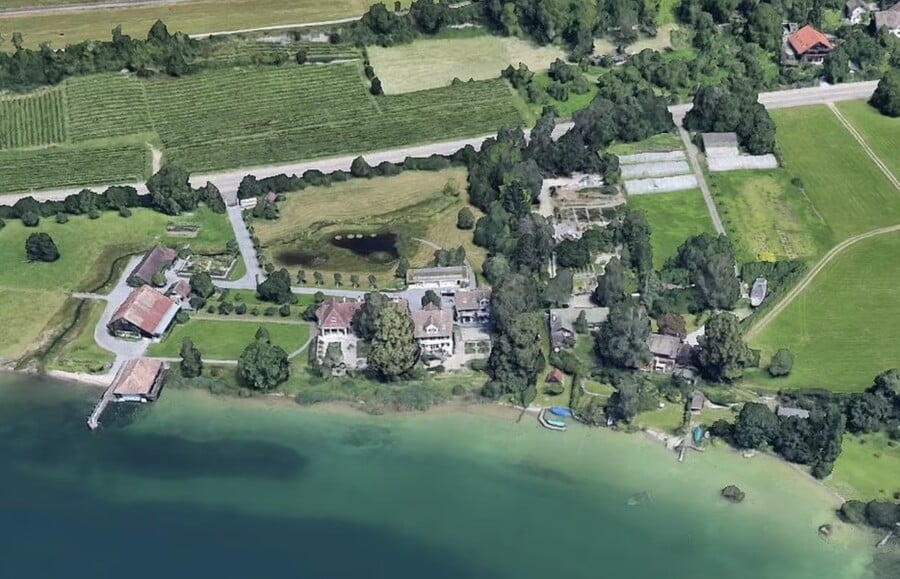