By Brian Warner on September 3, 2021 in Articles › Celebrity Homes

Mohamed Hadid is best-known for being the father of supermodels Bella Hadid and Gigi Hadid. When he's not producing extremely attractive daughters, Mohamed is a real estate developer. His specialty is building enormous mansions in the world's ritziest neighborhoods. For example, in 2010, Mohamed developed a home in Bel Air that he dubbed "Le Belvedere." He sold the home in 2018 for $56 million.

Next, he developed a home in Beverly Hills called "The Crescent Palace" which he listed for sale for $58 million. This home sold in 2013 for $33 million to the daughter of a former dictator of Uzbekistan. He's also developed some actual Ritz Carltons around the United States (Washington DC, Houston and Scottsdale). So "ritzy" is a good word to describe his development tastes.

Unfortunately, in recent years Mohamed has been the center of a real estate disaster in Bel Air. 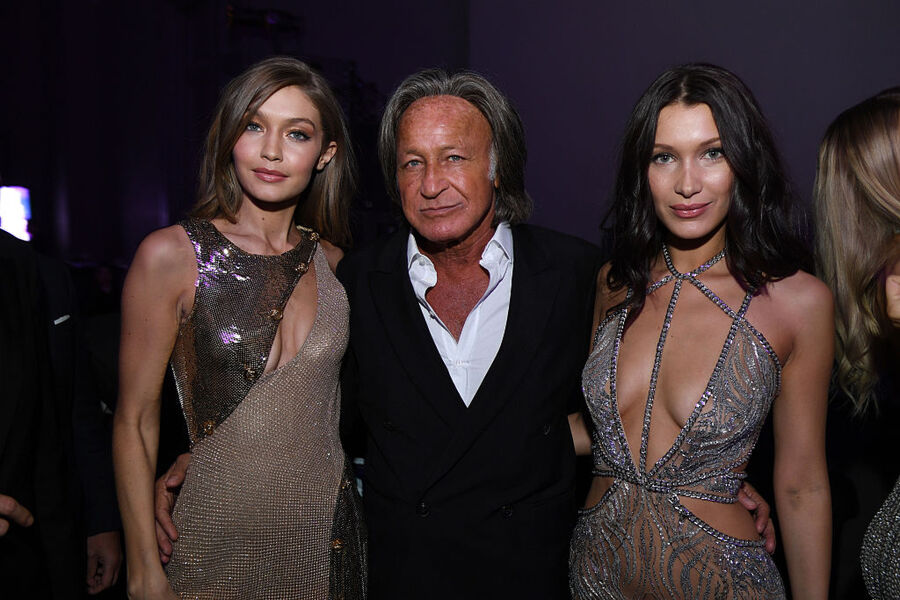 Here's the very quick backstory on what happened in Bel Air:

In 2011, Mohamed paid $1.9 million for a plot of land in Bel Air at the top of a hill. After filing his plans, the neighborhood basically exploded. Mohamed's plans called for him to build an 15,000 square foot mansion with a maximum height of 30 feet. Mohamed proceeded to build a 30,000 square foot, 82 foot tall mansion. He also reportedly built a 70-seat underground IMAX theater and an underground level with multiple bedrooms without permits or approval. He had hoped to sell the home for $100 million. He named the mansion "Strada Vecchia." Neighbors called it "The Starship Enterprise."

Neighbors filed a lawsuit in 2017 demanding the entire mansion be torn down to the ground. A month later, the city of Los Angeles filed paperwork to prosecute him criminally over the mansion.

In 2019 city officials ordered Hadid to tear the house down. Not part of it. Not the part that exceeding his permits. The whole structure.

The price of the demolition was estimated at $5 million and Mohamed was ordered to pay a $500,000 deposit on those costs immediately.

In a surprise twist, at this point Mohamed submitted a declaration to a Los Angeles judge in which he claimed to be be unable to afford even the $500k deposit. Hadid's declaration reportedly stated:

"I have no present nor presently foreseeable potential to fund the demolition now or ever… There are no funds available… I stand to lose that property. I have no ability to cure that default at this time."

Later in the declaration he added:

"I stand to lose over $60 million between my personal investment and the guarantees that I have made to various lenders… My reputation is tarnished and my ability to go out and borrow other money, it's fractured at best. In summation, I am 72 years old and do not have the millions of dollars needed for the demolition of Strada Vecchia."

With those declarations in mind, you (and his Bel Air neighbors) might be surprised to learn that earlier this week Mohamed listed a partially developed Beverly Hills mansion for sale. The asking price?

That would be for the completed compound. It's currently in the very early stages of development.

If you'd like to buy the property after the foundation is poured, you can do so for the low-low price of…

If the home is completed, it will have 80,000 square feet of living space. It will be the largest home ever permitted in Los Angeles. The mansion will be built across a 38-acre property located at the end of a cul-de-sac on a private street on top of a hill.

Here's a concept video in case you're in the market: