Demi Moore Lists Incredible NYC Penthouse For… $75 Million! Half Her Total Net Worth!!

By Donna Mitchell on April 22, 2015 in Articles › Celebrity Homes

The San Remo building in New York City is arguably one of the most desirable places on earth to live. Demi Moore and Bruce Willis thought so when they bought the triplex penthouse in the renowned building's south tower in 1990. Now, Demi has listed her property for $75 million. FYI – That's exactly half her TOTAL net worth.

This is definitely the kind of property for an owner who likes a building with terra-cotta embellishments and Renaissance-style Corinthian temples, wraparound terrace views and – wait for it – Bono as a near neighbor.

Ms. Moore's south tower penthouse has 7,000 square feet of living space, including 14 rooms and 1,500 square feet of terrace space. A living room has arresting views of the boat pond in Central Park. She also has a two-bedroom, two-bathroom maisonette on the lobby level. 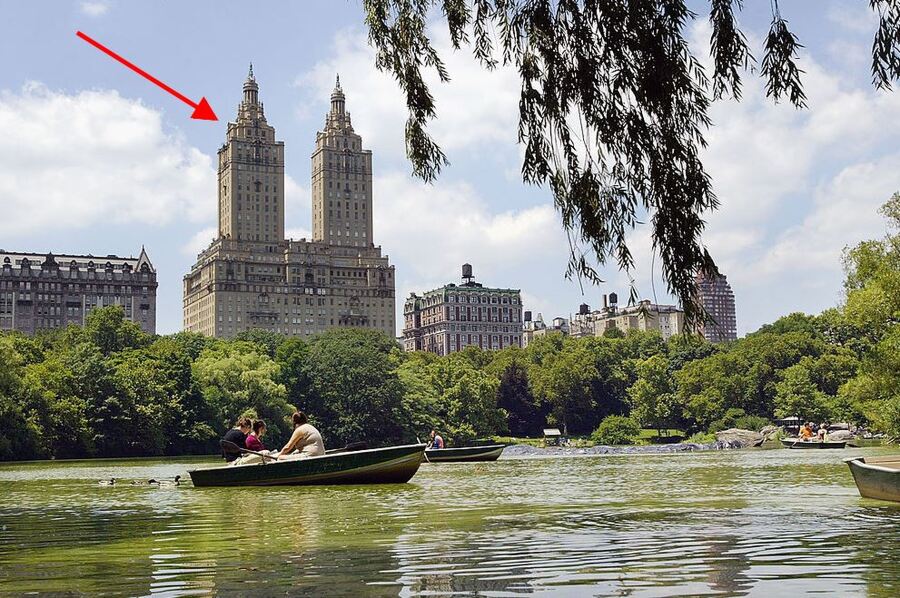 So what else will $75 million get for the new owner? When you look back at the history of The San Remo, it helps to understand why Ms. Moore is listing the property for such a high price. Built in 1929, the building is replete with terrazzo floors, marble walls and those custom fixtures of bronze and frosted glass. The average apartment spans eight rooms and 3,000 square feet, and the building has lots of setbacks along the park that allow for spacious terraces. Its iconic north and south towers, which reach up 10 floors, were groundbreaking and inspired several imitations.

If Ms. Moore successfully moves the property at that price, it will set a new in-house record that would be virtually impossible to beat, because the previous record of $26.4 million was set just last year.

Residents take the history of the building and their own properties seriously. Like, really seriously. In 2007, rockers Bono and Billy Squier, who had residences on the same floor, went to court over a fireplace! As a co-op, the San Remo somehow attained a reputation for lenient admissions standards, which sounds strange since they once famously rejected Madonna's application, but have since rolled out the red carpet for Steven Spielberg, Dustin Hoffman, Diane Keaton and Glenn Close.