Add Demi Moore to the list of celebrities seemingly struggling to sell off property. The actress has slashed $16 million off of the price tag to her breathtaking New York City penthouse – but will the price be right for potential buyers?

Sitting atop the legendary San Remo in the heart of New York City, Demi Moore's triplex is certainly a Big Apple beauty – and after initially asking for $75 million for the 7,000-square-foot city abode, Moore's penthouse can now be yours for just $59 million.

The famous actress purchased the 6 bedroom, 5.5 bathroom penthouse from Saturday Night Fever producer Robert Stigwood in 1990 with her now ex-husband Bruce Willis. The purchase made Moore quick neighbors with some other famous residents of the San Remo towers, including Diane Keaton, Dustin Hoffman and Steven Spielberg.

After 25 years of ownership, Moore listed the property for sale at a whopping $75 million – the highest price ever attached to a sale in the building. Her reasoning? Moore told The New York Times that she doesn't spend enough time at the apartment, adding, "And this apartment is too magnificent not to be lived in full time." 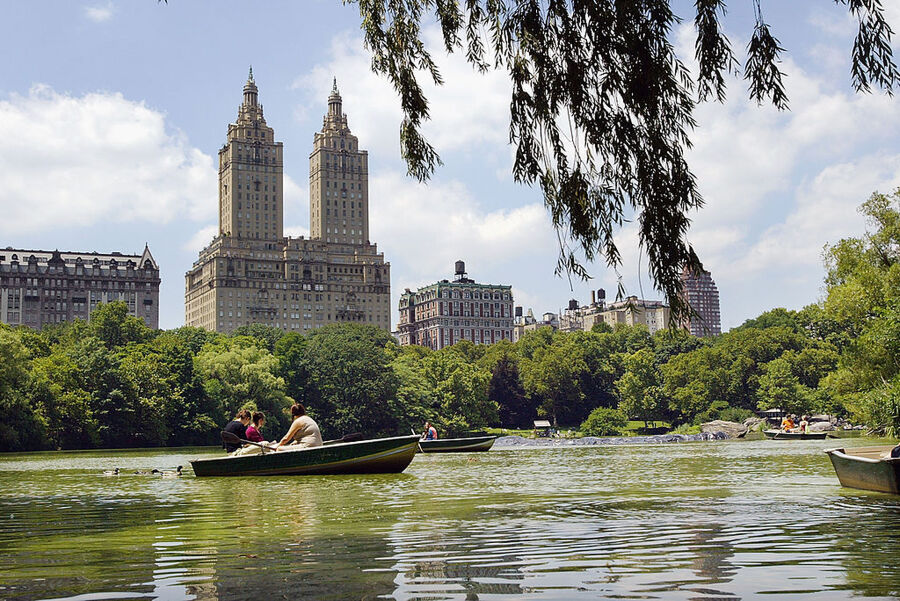 While many may argue that Moore's asking price is high, there are plenty of amenities that make her triplex sale quite the catch. Situated atop one of the San Remo's two ten-story towers, the property provides a uniquely stunning view of the city.

Complete with its own private elevator and a large, Mission-style staircase, the triplex provides sharp looks, pristine amenities and excellent views perfect for any lover of the city. Unlike many NYC apartments, Moore's real estate includes a large living room, a double height foyer, a fully-equipped kitchen with breakfast room, and a formal dining room with a library – and that's just the first floor.

The second floor of the nearly mansion-sized listing is centered around a staff suite that connects five family bedrooms, each with views as serene and stunning as the next.

The third and final level of the penthouse is described as the entertainment and media center room of the home. With a 16-foot ceiling, the wood-paneled room reveals an additional sleeping loft, bathroom and kitchenette.

If that isn't enough space, Moore additionally owns a smaller maisonette apartment with private entrances in the building as well. While the secondary apartment was initially listed with the sale, the price cut saw the two properties separated. Moore's second apartment is for sale at a currently undisclosed price. 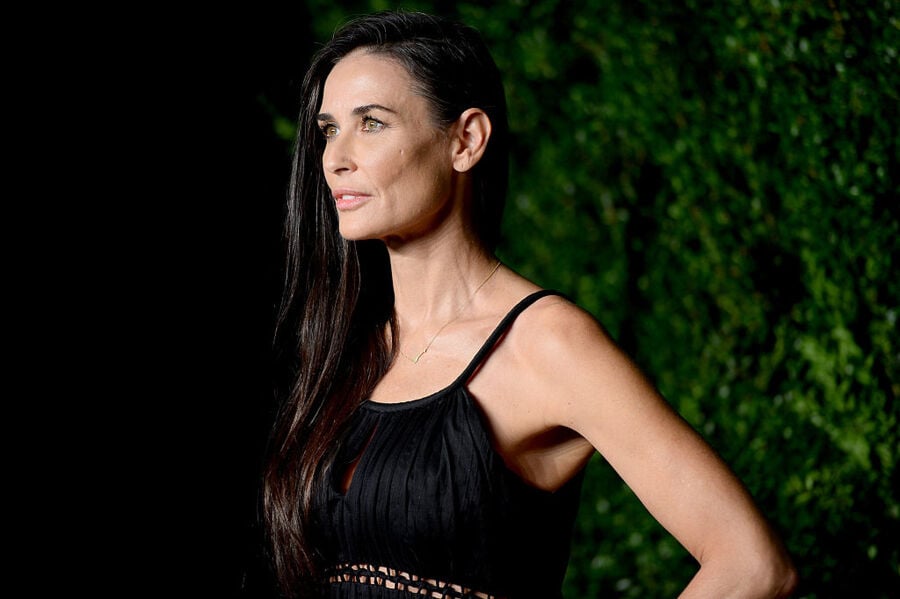 Moore's triplex listing isn't the only property she owns, with a littering of real estate across the country helping to maintain her $150 million net worth. The actress continues to own several properties in and around the city of Hailey, Idaho, her primary residence. Additionally, she maintains a canyon-view residence in Los Angeles within the Beverly Hills Post Office area, a home she purchased while still married to her third husband, actor Ashton Kutcher.

Moore's new asking price for her Manhattan penthouse – $59 million – is currently more than twice the price of the building's highest ever recorded sale: a 6,000-square-foot unit with five bedrooms that sold for $26.4 million in August of 2014.