By Paula Wilson on September 10, 2012 in Articles › Celebrity Homes

David Duchovny has apparently decided to return to his roots, after working in Los Angeles and Canada for most of his adult life.  The actor, writer, director, was born in New York City, and attended university on the East Coast, eventually choosing to ditch his Ph.D program at Yale University to pursue acting full-time.  He appeared in smaller roles in various film and television projects throughout the late 80s and early 90s, including "Working Girl", "Twin Peaks", and "Red Shoe Diaries", before landing the role of Fox Mulder on the hit series, "The X-Files".  The success of that show led to larger roles in various feature films, including, "Kalifornia", "Playing God", "Return to Me", and "Zoolander".  He also began writing and directing, helming episodes of "The X-Files" and "Bones".  He went on to write and direct the feature film, "House of D".  He currently stars on the hit show, "Californication".  His work and family life have been based in California and Canada for most of the last 20 years.  However, he officially separated from his wife, Tea Leoni, in 2011, and his job with "Californication" is solid, so it would seem that he felt a return to New York was in order.  He recently began the paperwork for a new home on the Upper West Side in Manhattan. 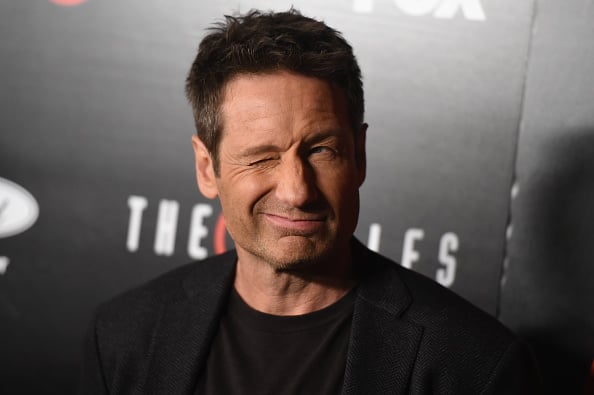 David Duchovny's house is in The Ardsley, a very swanky apartment complex that borders Central Park.  The house has three bedrooms and three bathrooms, and costs $6.25 million.  In addition to its great location, David Duchovny's house also includes a private elevator, a working fireplace, high ceilings, a stunning terrace, and ridiculous views of the park across the street.  The apartment is a sunny corner unit.  Though the paperwork has been completed on David Duchovny's house, he still has to get approval from the co-op board, so it's not a totally done deal.  Here's hoping there are some "X-Files" or "Californication" fans on the committee.