By Simon Gerard on November 28, 2011 in Articles › Celebrity Homes

Following up on our post about Richard Branson's four private islands, today we take a look at the private islands of the world's most balling magician, David Copperfield. David's collection of islands, which he named Copperfield Bay, is found in the Bahamas. He paid $50 million for a collection of 11 islands, covering 700 acres. The biggest island at 150 square acres is the Musha Cay, where you'll find his exclusive resort. It takes roughly 90 minutes to reach the island from Miami and has it's own landing strip.

On any island in Copperfield Bay, you'll find white "sugar" sand beaches, exotic plant life and crystal-clear turquoise water. Like with Richard Branson's Necker Island, David Copperfield rents the whole resort out to a group when he isn't using it personally. Completely inclusive, the resort rents for between $37,000-$50,000 per night, for up to 24 guests. This feature attracts a host of celebrity guests, such as Oprah Winfrey, John Travolta and Jim Carrey. Google founder Sergey Brin was also married here in 2007.

The resort on Musha Cay follows old English colonial-style architecture, with classic looks that fit perfectly into the tropical location. There is a selection of rooms for guests, starting with a 10,000 square foot manor house at the top of the hill, offering 360 degree views. There is also two small guest villas with their own private hot tubs and beaches, a large 5 bedroom beachfront villa and a secluded thatched-roof beach house to pick from. There is also "The Landing" which is the social area, including a central dining room, bar, lounge, lobby, wine cellar and games room. Many pieces of Copperfield's art collection decorate the buildings, including memorabilia from him and other famous magicians, such as Harry Houdini's billiards table. 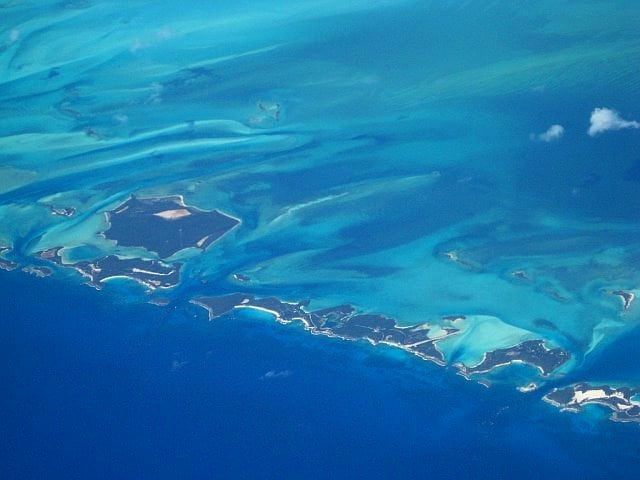 They have a huge selection of watercraft and water activities, from catamarans, jet boats, sail boats, jet skis, water skiing, windsurfing, fishing, snorkeling, scuba diving and a water trampoline. There is also yoga, pilates, tennis, volleyball and badminton. Unique features include a state-of-the-art outdoor movie theater on the beach and Copperfield's team can even create a treasure hunt around the islands for your group. There are countless options for outdoor exploring and games that can be arranged by the staff as well. They also offer pretty comfy looking hammocks if you need a break from your tropical adventures. Copperfield claims a stream on his island is the fountain of youth, which is inclusive with your stay.