By Donna Mitchell on May 1, 2015 in Articles › Celebrity Homes

What has a 35mm screening room, stone terraces and is shrouded in top secrecy? It's the 15,000-square-foot Beverly Hills estate belonging to Danny DeVito and Rhea Perlman. Hollywood's comedy power couple supposedly sold the property, and did so in an off-market deal, which is creating more than the usual mystique around the property right now.

The $28 million question is: Who bought the property, and how much did they really pay? Details about the talked-about deal are scarce, because the property was not publicly listed for the current sale. But those who are in the know say that DeVito and Perlman might have sold the French County-style mansion to a real-estate savvy couple.

(By the way, doesn't 'DeVito and Perlman' sound like the name of a law firm?)

So! The gated property, located north of Sunset Boulevard, supposedly, is in the same neighborhood as the homes of other Hollywood power players, including David Geffen, and the former residence of Brad Pitt and Jennifer Aniston. Details from a public listing in 2007 indicate that the two-acre property was designed by Wallace Neff, and originally built in the 1930s.

It has a master bedroom suite, five more bedroom suites, seven bathrooms, and a guesthouse with its own office and garage. The property's verdant grounds feature park-like landscaping, and one of two separate swimming pools on the property – those should come in handy for lavish garden parties when absolutely everyone wants to take a dip. Another swimming pool is indoors. 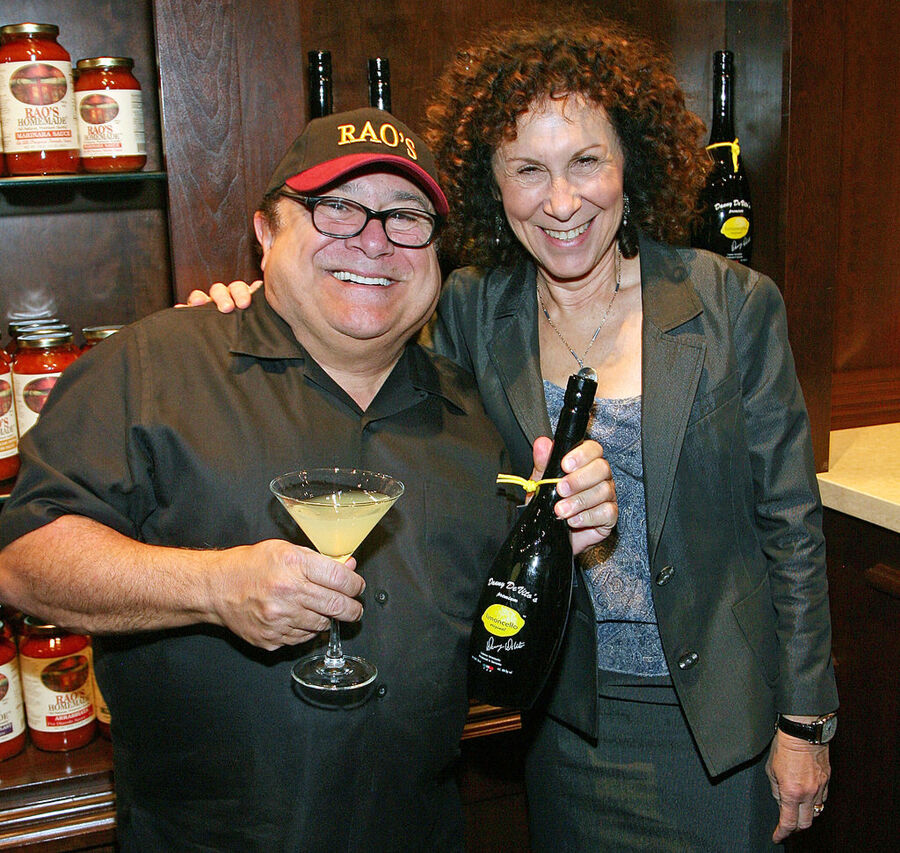 Efficiency and privacy were at the forefront of designs to the estate, and they include separate home-office quarters for the small army of staff needed to run the property.

According to the 2007 listing, the Hollywood couple originally put a $31.9 million price tag on the estate. Yet even then, they showed the property only to pre-qualified buyers. Looks like whoever landed the keys to the estate are movers and shakers themselves!

This article was originally written on Monday (four days ago). At the time the identity of the buyers was unknown. Today it was revealed that the buyers are a husband and wife property development team named Stuart and Stephanie Liner. The Liners are famous for having bought and sold dozens of properties around Los Angeles over the years. They recently sold a different Beverly Hills house for $30 million which they had bought last year for around $15 million.