Six years ago, Dr. Phil hosted a segment on his show called "I Want To Give Up My Car-Stealing, Knife-Wielding, Twerking 13-Year-Old Daughter Who Tried To Frame Me For a Crime."

Little did Phil or his producers know that they were about to unleash one of the most-viral celebrities in human history onto the planet. Had the known, they would have asked for a royalty on this future superstar's lifetime income.

And I do mean superstar.

One year after her appearance on Dr. Phil, the "cash me outside girl," real name Danielle Bregoli, rap name Bhad Bhabie, became the youngest woman ever to land on the Billboard Hot 100 chart. She was 14.

Danielle subsequently signed a multi-million dollar record contract and, thanks to her exploding social media count, an endless stream of lucrative endorsement deals. 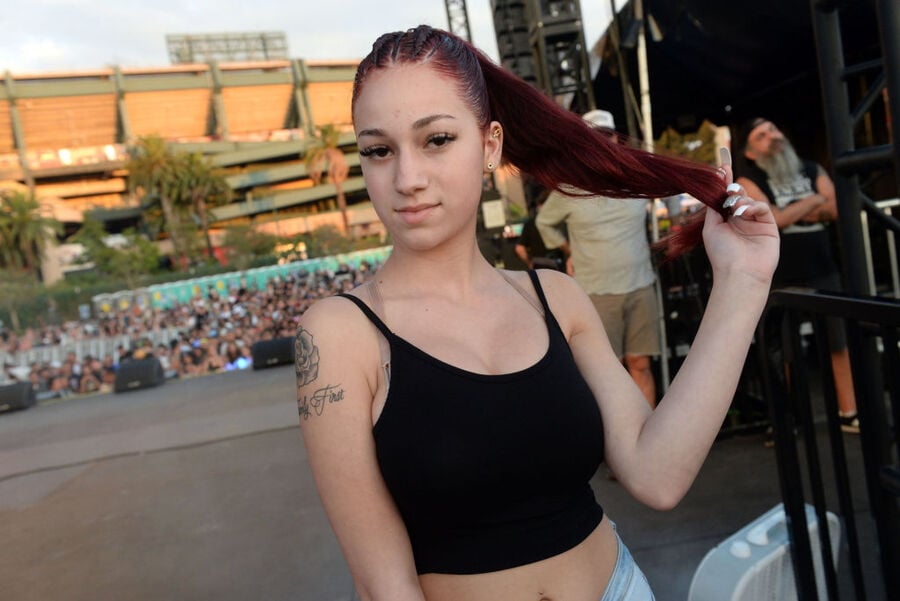 As I type this article, Danielle sports the following stats on various social platforms:

Perhaps most lucrative of all, Danielle is one of the most-popular accounts on the adult subscription platform OnlyFans. For access to her private content, Danielle charges her followers $23.99 per month. Danielle joined OnlyFans in April 2021, a week after turning 18. She proceeded to "shatter" the platform's single-day earnings record, personally netting over $1 million in under six hours.

In August 2021, Danielle told Variety Magazine that her OnlyFans earnings up to that point alone, roughly five months, had generated enough money to buy a $4 million LA mansion in cash.

So clearly, Danielle is rich. By our count, Danielle Bregoli's net worth currently stands at an mind-shattering…

She is 18. She became famous thanks to Dr. Phil.

And as it turns out, Danielle's prophecy about buying a $4 million mansion was at least partially correct. She did indeed use her overflowing OnlyFans income to buy a mansion. But it wasn't in LA. And it wasn't $4 million. It was in Florida. And it was $6.1 million.

Earlier this month, Danielle – acting through her mother as trustee – paid $6.1 million for a 9,200 square-foot mansion in the suburbs of Boca Raton, about halfway between Boca and West Palm Beach.

The seller was NFL player Jason Pierre-Paul who paid $2.3 million for the home back in 2017. He subsequently performed a major overhaul. Interestingly, Jason initially listed the home for sale on January 17, 2022 for $5.75 million. Perhaps sensing he was undervaluing the property, one day later he increased the price to $6.25 million before accepting Danielle's $6.1 million two months later.