Condoleezza Rice is cashing in, as she unloaded her Bay Area home just a month after listing it. The former U.S. secretary of state made $2.3 million from the sale of her Palo Alto, California, home, according to Redfin.

In a quick real estate market turnaround, former Secretary of State Condoleezza Rice, 62, has sold her Palo Alto property for just shy of her original listing price of $2.35 million. The final sale, which saw her walking away from the deal with $2.3 million even, means quite the profit for the former government official turned Stanford professor, considering she scooped up the property for $550,000 in 1998. According to Realtor.com, the ex-secretary of state co-owns the property with documentary filmmaker and writer Randy Bean and public records imply the two initially bought the home with a third investor who later sold it back to the two women.

Built in 1938, the single-story home that has just switched hands comes with two bedrooms, one bathroom, and a separate cottage on the property. Situated on College Avenue, the property itself is not far from Rice's work, Stanford University, and sits within close proximity to a variety of shops, restaurants, and public transportation options. When Rice initially purchased the property, she was serving as Stanford's Provost, the institution's chief budget and academic officer, but the home came in handy when she returned to the university as a professor following her White House tenure.

The inside of the single-story main structure speaks of its age, but is well-maintained. A wood-burning fireplace can be found in the living room, while the hardwood floors spread out to the home's formal dining room, kitchen, and hallway to the residence's bedrooms. A separate bedroom suite can be found within the smaller cottage. Outdoor amenities include several back patios and a carport. 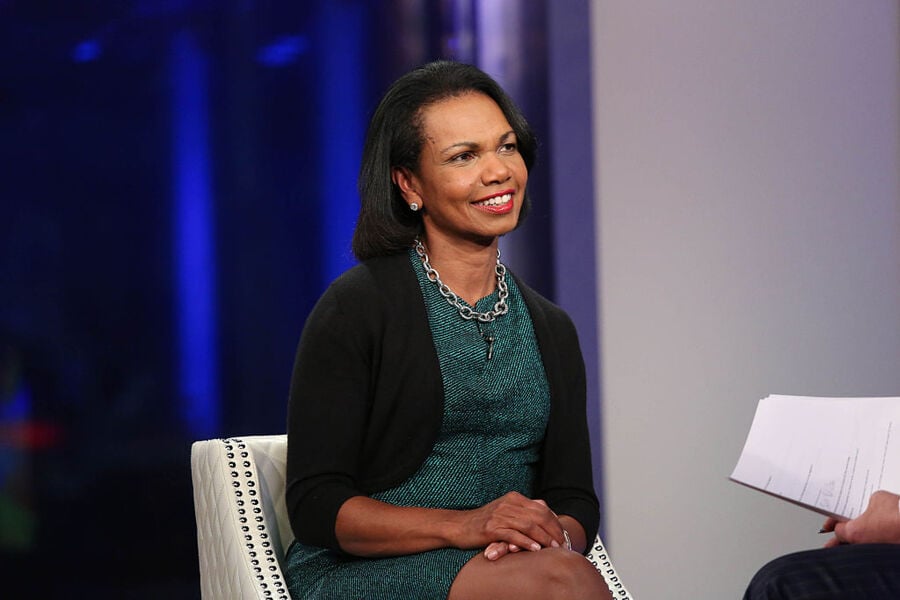 Despite the high closing price on the property, the light blue-painted home remains somewhat outdated compared to many surrounding properties in the popular and premium neighborhood, leading Rice and her co-seller to potentially undershoot the price. Originally marketed as a renovation opportunity, the modest property is decorated with mature trees that provide a blanket of privacy over the main house and the accompanying guest cottage, but does not offer many of the amenities one might expect in the region.

Condoleezza Rice is a professor of global business and political science at Stanford University and previously served as a national security advisor and U.S. secretary of state under President George W. Bush. The former politician and current professor has a net worth of $8 million. Property records for Rice tie her name to another home in Pebble Beach, California, as well as a property available to faculty at Stanford University.