By Paula Wilson on February 2, 2012 in Articles › Celebrity Homes

There can never be too many reality singing competitions on television, right?  As "American Idol" has gotten underway for its umpteenth season, that other reality singing competition, "The Voice" (not to be confused with the "X-Factor", "The Sing-Off", or the new show "Majors and Minors") is also gearing up.  The show's judging panel, which chooses its contestants based on voice alone, is made up of four music superstars.  One of these superstars is the oft-written-about Christina Aguilera.  With the exception of the success of "The Voice", 2011 proved to be a kind of rough year for Ms. Aguilera.  A less than stellar album release, a divorce, some performances that left a lot to be desired, and a string of photos that she probably regrets, were further compounded by the fact that she had to place her massive Beverly Hills mansion on the market. 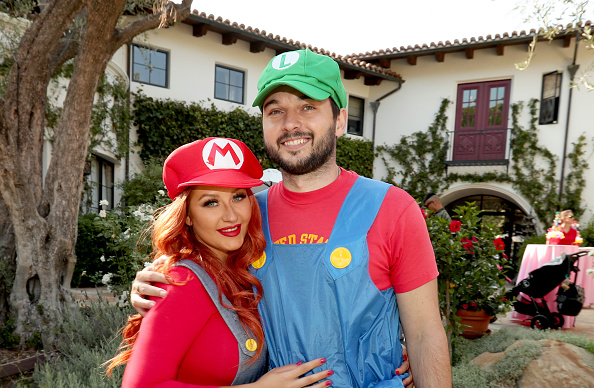 The $13.5 million home was once owned by The Osbournes, and was the location of their popular reality series.  The 10,000 square foot mansion houses six bedrooms, nine bathrooms, a pool, a recording studio (of course!), hardwood floors, a guest house, winding staircases, chandeliers, and ample natural light.  It is the quintessential rock star house.  Unfortunately, for Ms. Aguilera, she no longer needs that amount of space, and with a music career that is experiencing some ups and downs at the moment, living in a home that screams "superstardom!" is probably not the most comfortable way to go.  Here's hoping 2012 proves to be a much more successful year.