By Joseph Gibson on January 25, 2020 in Articles › Celebrity Homes

Ekkehart Hassels-Weiler is a German businessman who specializes in luxury real estate investments. The Wall Street Journal recently reported on how his biggest investments in that field went last year – and if it isn't quite a luxury real estate horror story, it's at least a mild cautionary tale about what can happen in an unpredictable market.

Hassels-Weiler went on a luxury real estate spending spree during the mid-2010s boom, including three penthouses at the top of 56 Leonard in Manhattan (pictured below). At the very top there's the penthouse he paid $47.87 million for, and which he says he intends to list soon with an asking price of $56 million. Underneath that there are two other penthouse apartments that cost him a combined $53 million, but last year he sold them at a significant 16 percent loss. He also sold his fourth Manhattan penthouse, a $31 million at Walker Tower in Chelsea, at "a slight loss" in 2018. 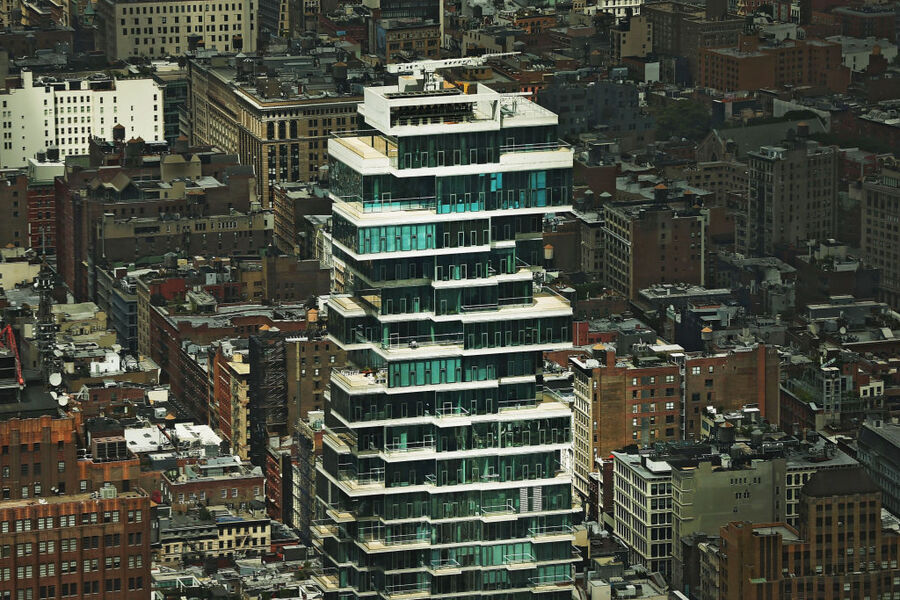 Naturally, Hassels-Weiler also owns property outside of New York. In 2019 he snapped up a $43 million house in Los Angeles.

Hassels-Weiler's loss last year wasn't even the biggest such loss of 2019. David Lowy, heir to the Westfield retail fortune, reportedly sold his three-bedroom, 4,116-square-foot apartment in the One57 tower in Manhattan. He got $19.06 million, almost a third less than what he paid in 2015, which WSJ reports was the biggest real estate loss of 2019 in terms of dollar value.

Some New York luxury real estate investors bucked the current trends and made gains in 2019. It seems to help if you're the developer of the building in question, as Steven Witkoff was with 150 Charles Street. He was able to unload a 4,600-square-foot apartment he'd paid $24.18 million for in 2016 for $31.86 million, or a hefty 32 percent profit. Then there's hedge fund exec Steven Cohen, who made a 28 percent profit when he sold his mansion in the West Village for $30 million, while Simon Cohen made an incredible 174 percent profit when he sold a unit at 443 Greenwich Street in Tribeca for $10.2 million against the $3.73 million he paid in 2017.