If You're Gonna Buy A Private Island, You Might As Well Buy One That Comes With A Luxury Resort!

If you've always dreamed of owning your own island, have we got a deal for you! Heron Island, a gorgeous 59-acre spot off the coast of Australia is for sale. Often called the "jewel in the crown" of the Great Barrier Reef, this piece of paradise off the coast of Queensland comes with a luxurious 109-room resort.

Located within the World Heritage Listed Marine National Park, Heron Island is well known as one of the best diving locations in the world. Most of the resort's rooms have views of the Coral Sea. The hotel also has an amazing pool, spa, restaurant, bar, lounge, marina, and a retail store.

The resort comes with a boat that can carry 176 passengers, a number of dive boats, and a semi-submersible vessel. It is located on pristine beachfront land that is under a perpetual lease. The property conveniently comes with a number of permits that include the ability to lease nearby Wilson Island. 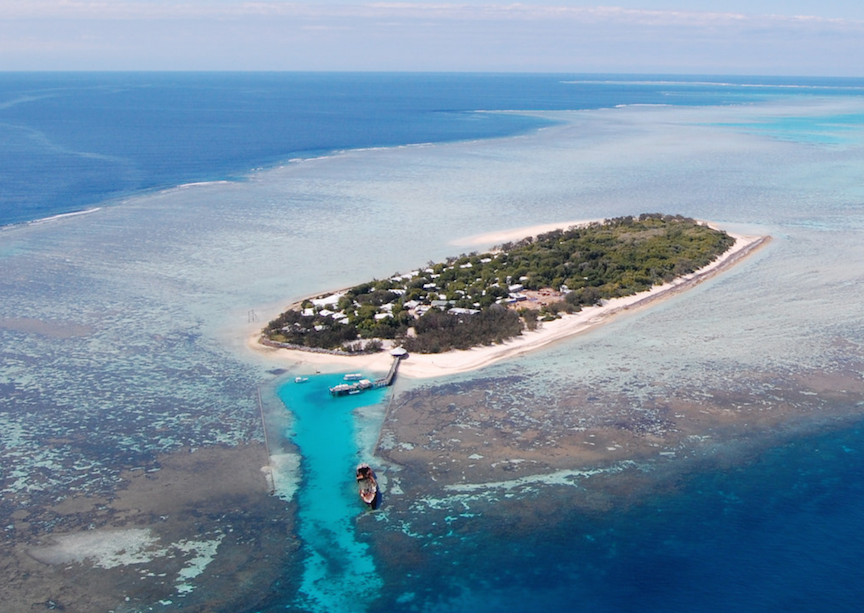 Heron Island is a short trip from Gladstone Airport, which is north of Brisbane. Heron Island is one of the world's most pristine eco-tourism destinations and its new owner would be wise to jump on this hot travel trend.

Visitors are drawn to Heron Island to experience the magnificence of the Great Barrier Reef. The island itself is situated in an evergreen coral cay that is surrounded by 59 acres of coral reef, making it a popular destination for scuba diving and snorkeling.

The 24-acre resort is located in the northwest corner of the island. The resort last sold in 2009 for a cool $85 million as part of a package deal with Lizard Island. Delaware North, the global hospitality management company with headquarters in Buffalo, New York, is the current owner. The resort is being sold with the opportunity to either retain the current staff or bring in a new team. The company is selling Heron Island resort for an undisclosed amount.

Potential buyers be aware, island resorts are not cheap to operate. Everything you need to run the resort has to be shipped in from the mainland.

Still, if you have some spare millions lying around, now is your chance to own a pristine piece of paradise.