Celine Dion's $72 Million House: The Price Will Go On and On

By Paula Wilson on August 23, 2013 in Articles › Celebrity Homes

Celine Dion churned out English-language hit after hit in the 90s and early 2000s, culminating in the massively popular/massively overplayed "Titanic" anthem, "My Heart Will Go On".  While the French-Canadian singer has continued to enjoy a solid career, it's been less about hit singles of late.  Instead, she has carved out a corner of the Las Vegas performance market, appearing in her own immensely popular show, "Celine", at Caesar's Palace.  She inked a three-year deal with the hotel in the Spring of 2011 that includes 70 shows a year.  In between performing and raising her three children, the singer has also begun work on a new album, tentatively entitled, "Loved Me Back to Life".  It is slated for release in October of 2013, and over the course of the next year, she will both be promoting the new album, and completing her performances at Caesar's Palace.  It's a dizzying schedule, and one that has made it difficult for her to to spend much time at the fabulous mansion in Florida that she customarily calls home with her family.  It is this continued absence that has lead to her placing the stunning property on the market. 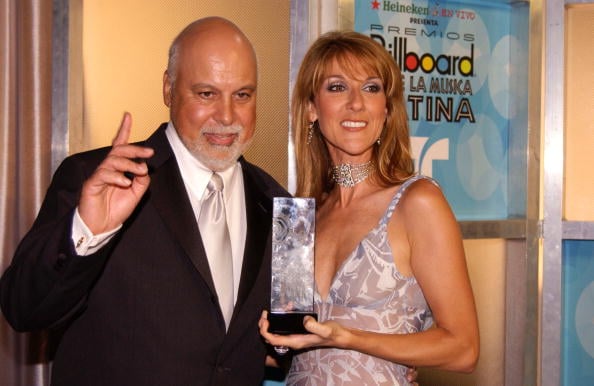 Celine Dion's house has five bedrooms and five en suite bathrooms spread out over 10,000 square feet.   The home rests on 5.7 acres of land that include the main structure, as well as a guest house with eight more bedrooms, a tennis house, a pool house, a beach house complete with a sleeping loft, a massage room, and finally, a private water park.  Celine Dion's house sits right against the beach, with access to nearly 400 feet of ocean as soon as you step outside.  In addition to all of the extra buildings, Celine Dion's house also features a formal living room, a media room, walk-in closets, a large terrace that goes all the way around the main house, multiple decks, a screened-in porch, and a guest wing with an elevator.  The home is ridiculously well-appointed.  Whether anyone will be willing to pay the $72 million she is asking for the home remains to be seen.  However, the private water park, simulated golf range, and multiple buildings may make it too good to pass up.