Four years after it went to market, Celine Dion has finally sold her multimillion-dollar Jupiter Island home. Although the mansion was originally priced at $72.5 million, a mystery buyer has sealed the deal with a $38.5 million offer.

After a long quiet spell of sitting on the real estate market – and more than a few price slashes – this majestic Florida mansion is finally off of the market. Singer Celine Dion has been looking to unload the Jupiter Island estate, which includes its own water park, since 2013. The original asking price for the home, which was built by Dion and her late husband, René Angélil, was $72.5 million, but the stagnancy of the listing prompted for several price slashes. In April of 2014 the price dropped to $62.5 million, in 2016 the listing was reduced to $45.5 million, but it wasn't until this year's asking price cut to $38.5 million that the ginormous estate saw any traction. As Dion parts ways with her unbelievable compound, let's check out some of its most eloquent features.

In case you didn't know, the 2010 home clocks in at over 10,000 square feet and sits on five acres of coveted Jupiter Island oceanfront. Past the glamour of the main house sits two guest homes and a large water park that was built specifically for the couple's children.

Because of the mansion's location, it's no surprise that nearly every room of the home has sweeping panoramic views of the property's own private beach. The primary residence has five bedrooms, spacious entertaining and living rooms, and a generous open floor plan. Vaulted ceilings and royal moldings are complemented by the beating of the sun throughout the home.

Upstairs, the captivating views of the blue ocean continue. Not only does the luxurious master suite come literally enclosed in glass panels, but it also features a large, wraparound terrace plus covered veranda for the ultimate leisure and ocean view experience. Of course, the new owner will find little reminders of the home's former owner throughout the property, but the most notable here is Dion's large walk-in closet, which comes with automated shoe carousels and clothing racks.

Perhaps the most extravagant part of this property is the 500,000-gallon water park, complete with eight water cannons, two slides, a lazy river with its own bridge, and two additional pools. In fact, the water bill once became so high for Dion that she was actually fined for water usage and eventually built a system of wells on the property to remedy the problem.

The French Canadian performer and her late husband bought two parcels to make this dream of a home into a reality, demolishing an already standing house and building a new one (plus three pools) in its place. It was only three years later that they listed the home, citing the fact that their family had little time spend in Florida as the reasoning behind the quick sale. According to real estate records, an unnamed American buyer will now use the Jupiter Island estate as a vacation home. 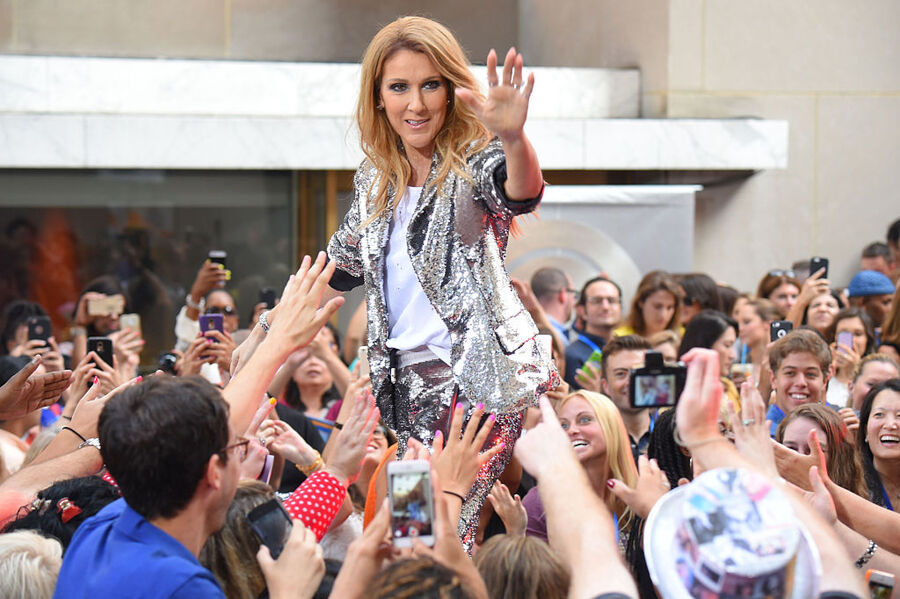 With a net worth of $700 million, Celine Dion is a singing sensation with a side of entrepreneurial savvy to be reckoned with. Known for her powerful vocal skills, she achieved worldwide fame and a place in pop music history in the 1990s after signing with Epic Records. From 2000 to 2010, she held the title of highest-grossing entertainer in the world. Her husband and manager, René Angélil, died in January of 2016 as a result of cancer complications. According to those close to the singer, she is looking to unload her Jupiter Island home in part due to her concert residency at Caesars Palace in Las Vegas, which continues until at least 2019.