By Chris Kelley on February 11, 2017 in Articles › Celebrity Homes

Celine Dion is having trouble selling her unbelievable oceanfront property – mansion and water park included – in Jupiter Island, Florida. So what's a music icon to do? Chop the asking price of the sprawling mansion and five-acre spread from $72 million to $38.5 million, of course.

Singer Celine Dion has been looking to unload her majestic Jupiter Island digs since 2013, when she first listed the oceanfront estate for $72 million. The eye-opening listing is nearly as iconic as Dion herself. Why? Not only does the sale include a 10,000-square-foot home on five acres of coveted Jupiter Island ocean view (plus two additional guest houses), but it also comes with its very own water park. Literally.

The French Canadian performer and her late husband, René Angélil, built the five-bedroom home and its three pools in 2010 after demolishing the house that previously stood in its place. Just three years later, however, the couple sought to sell, first listing the unique water park-mansion mix at $72 million. Following Angélil's death in 2016, Dion dropped the price to $45.5 million before trimming the price tag even further at the start of this year to $38.5 million.

Each room of the house takes pride in sweeping and occasional panoramic views of either the blue oceanfront just off of the property's own private beach or the dominating trio of pools that stretch across the backyard, often with high vaulted, modern-style ceilings and an open floor plan interconnecting each living space. The second level even features a wraparound terrace and covered veranda to enjoy the captivating beauty outside.

While not the most astounding feature of the Bahamian-influenced estate by far, Dion's master bedroom rings true to the singer's "diva" style. Beyond offering captivating views of the blue ocean below, the luxurious suite boasts a custom designed walk-in closet complete with automated shoe carousels and clothing racks.

Undoubtedly the centerpiece of the jaw-dropping Jupiter Island property is the seemingly endless water park that comes with it. Built for the couple's children, the 500,000-gallon water park comes with eight water cannons, two slides, a slow-current lazy river with its own bridge, and two additional pools. If a personal water park just isn't enough, the sprawling property also includes a tennis court that doubles as a basketball court, a tennis pavilion complete with its own gym and golf simulator, two four-bedroom guest homes, a pool house, and a beach house with its own massage room.

Whether someone cashes in on this insane discount next week or next month, it appears Dion stands to lose quite a large sum in selling off her Florida home. A representative of Sotheby's International Realty Quebec told the Wall Street Journal that Dion and Angélil paid much more than the current asking price to bring the Florida dream house to life. Public records dish that Dion and Angélil bought the property in two separate transactions, dropping $12.5 million in 2005 for their first claim to Jupiter Island and then another $7 million in 2008 to grab up the adjacent lot. As for how much it cost to build the mansion and water park? We may never know. 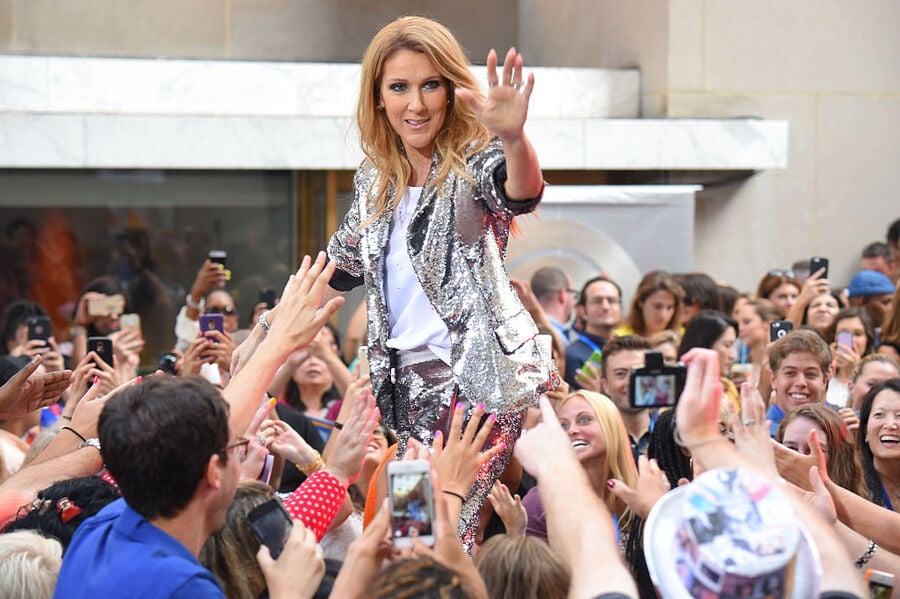 With a net worth of $700 million, Celine Dion is a singing sensation with a side of entrepreneurial savvy to be reckoned with. Known for her powerful vocal skills, Dion achieved worldwide fame and a place in pop music history in the 1990s after signing with Epic Records. From 2000 to 2010, she held the title of highest-grossing entertainer in the world. Her husband and manager, René Angélil, died in January of 2016 as a result of cancer complications. According to those close to the singer, she is looking to unload her Jupiter Island home in part due to her concert residency at Caesars Palace in Las Vegas, which continues until at least 2019.