Caught Wet Handed: These Celebrities Are Using Ungodly Amounts Of Water At Their Mansions While California Suffers Through A Devastating Drought

By Brian Warner on August 23, 2022 in Articles › Celebrity Homes

A friend of mine bought a house in Calabasas during the pandemic. He works at a very large public tech company. His wife has an equally impressive job at a movie studio. Amazingly, even with two high salaries and some decent savings/stock holdings they never found a way to afford a home on the west-side of Los Angeles near their offices (Venice, Brentwood, Santa Monica, Pacific Palisades, Mar Vista). Or at least, they couldn't find a home that was a) in their budget, b) wasn't a total tear-down c) didn't create a horrendous commute and d) had good public schools.

As soon it was clear that they would be working from home pretty much permanently, my friends headed straight for the suburbs. In Calabasas they found a home that fit all four of the above desires for a price that even left them with enough money to put a pool in their new backyard.

Why am I telling you this story? I promise it will make sense in a moment.

I just reached out to this friend to ask how many gallons his family (wife, baby and dog) used at their house in the months around the time they installed their pool. He was gracious enough to provide me with the following monthly totals. FYI, the pool was filled in mid-November.

He also told me a surprising fact that I did not know. You might assume pools are filled with some special water pipe pump system that gets them brimming with water in a few hours. Nope. After passing inspection, my friend literally put his garden house in the pool, turned on the spigot and left it running 24 hours a day for TWO DAYS.

Let's go back and look at those water usage numbers. In the month when they filled a pool, they used 24,658 gallons of water. In a more "normal" month, this family uses 5-10,000 gallons. And even though that's probably fairly normal usage, my friend still feels a ton of guilt over installing a pool while California suffers through a devastating drought.

But when he hears how much his celebrity neighbors have been using every month… maybe he won't feel so guilty. 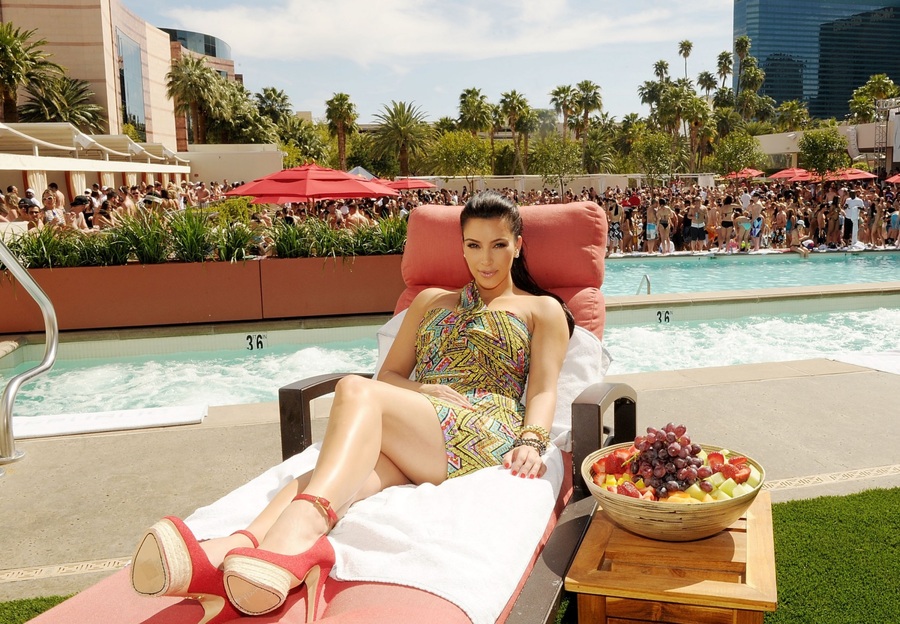 A recent LA Times exposé has put a handful of celebrities on blast for their absolutely ungodly monthly water usage.

According to the LA Times, roughly 2,000 customers of the Las Virgenes Municipal Water District (which counts celebrity-friendly Calabasas and Hidden Hills as service areas) were recently sent "notices of exceedance." A notice of exceedance is sent when a home has exceeded its monthly water budget by 150% at least four times since the district declared a Stage 3 severe emergency drought status in November 2021.

Properties that receive these notices may soon have flow restrictor devices installed by the water agency.

Brilliantly, the LA Times took the next step and cross referenced known-celebrity addresses with the addresses of the 2,000 customers who were sent notices. Below are a handful of celebrities identified by the Times and the number of gallons they exceeded their allotment by in a given month. So the numbers you're about to see aren't even the total amount used in a month. It's the amount they went over by. Keep in mind, my friend used 24,000 gallons in the month he filled a pool.

The Times identified a 26-acre property owned by actor/comedian Kevin Hart which went over its June allotment by 117,000 gallons.

At his $18 million, 2+ acre Hidden Hills property, Sylvester Stallone and his wife Jennifer Flavin exceeded their allocation in May by 195,000 gallons and in June by 230,000 gallons. In a statement provided by their attorney to the Times, the Stallones explained that their property features more than 500 mature trees and that if those trees were not watered, they would die and potentially fall on neighboring properties. The statement also explained that the Stallones have let their lawn die, upgraded to drip water systems and are "confident that all of the larger properties in the area have similar issues."

Dwyane Wade and Gabrielle Union are – by far – the worst offenders called-out by the Times. In May, Wade and Union went over their allocation by a mind-boggling 489,000 gallons. In a statement given to the Times, Wade and Union blamed a leaky pool which they have apparently fixed. They also explained that they have taken steps to transition their landscape to more drought-tolerant plants. They still exceeded their budget by 90,000 gallons in June.