By Donna Mitchell on September 26, 2015 in Articles › Celebrity Homes

Well, Cate Blanchett is already an Academy Award winning actress – having won twice – so it is safe to say that Hollywood has been very good to the Australian native. So good, in fact, that Blanchett and her theater director husband Andrew Upton are planning to move the family to Los Angeles. Their Sydney estate, just shy of one acre, is on the market for $14.5 million.

Blanchett and Upton's estate is called Bulwarra, and the couple has lived there for 10 years, after buying the property for $10 million, according to reports. The main house is behind a walled and gated property dotted with jacaranda trees, and the creative couple renovated it extensively after their purchase, doubling its size and radically changing its architectural style. 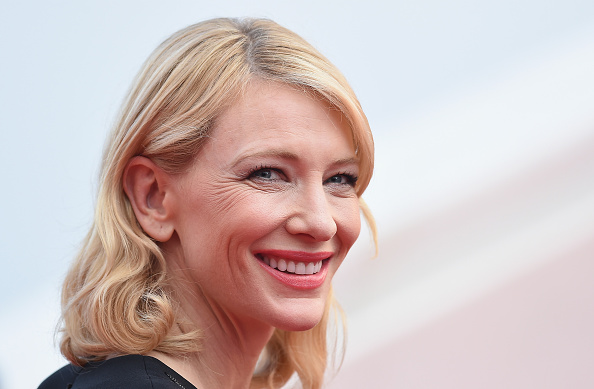 Reportedly, the couple spent about $5.6 million overhauling the property. Now, Bulwarra has a very modern and polished industrial aesthetic, with a sandstone facade, open floor plan and touches like a cooktop island, and a polished concrete floor in the kitchen. It offers four and a half bathrooms and five bedrooms, including a master suite with a skylit dressing room and a bathroom with a standalone tub. That bath retreat also offers a view of the garden and a river that passes through the grounds. Just imagine the hours spent soaking in that tub with nothing but the sounds of birds in the trees and the river rushing by! Three of the bedrooms have doors that open onto a wide veranda that offers views of the lush grounds. Just because the look is modern, it doesn't mean the new design lacks warmth. There are wide-plank wood floors, and a caged winding steel staircase.

The swimming pool in the back has a dining pavilion and shaded pergola, and there is a tennis court, which is also located close to the river.