Casey Kasem has been synonymous with popular music since the 70s.  After working as a disc jockey in various cities from coast to coast, and for the U.S. Army in Korea, he co-founded the hit radio show, "American Top 40".  He served as the host from 1970 to 1988, and then again from 1998 until 2004.  In addition to his "American Top 40" broadcasts, he also voiced Shaggy, for the cartoon, "Scooby-Doo", until 2009, and continues to voice Shaggy's father, for "Scooby-Doo: Mystery Incorporated".  He has built a veritable empire with his voice.  He can be heard in literally hundreds of commercials, multiple cartoons, including many "Transformers" episodes in the 80s, and re-runs of his radio shows still play on over 200 radio stations around the world.  He retired in 2009, but that hasn't stopped his voice from continuing to earn him legions of fans.  It also earned him a massive mansion in the Holmby Hills, and he recently put it on the market. 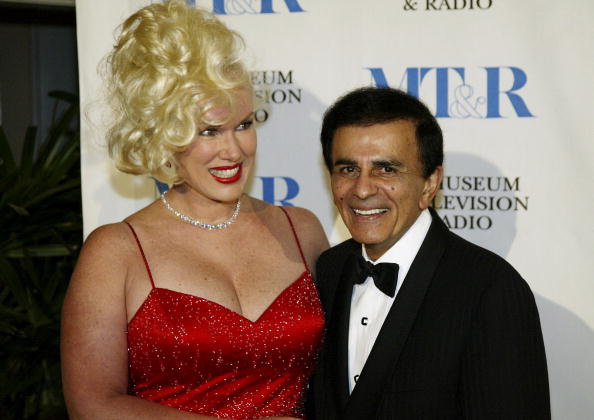 Casey Kasem's house is 12,000 square feet and includes seven bedrooms and 17 bathrooms(!).  There is a long driveway and circular parking space in front of the one story home, which can hold approximately 15 vehicles.  There is also a three-car garage for use by the owner of the mansion, whoever it might end up being.  Casey Kasem's house also features multiple outdoor terraces, a garden, a tennis court, and a heart-shaped swimming pool surrounded by gazebos. The current estimated value of Casey Kasem's house is $42 million. At one point the house was rumored to be for sale, but as of this writing it is not. Casey purchased it in 1989, for a mere $1.725 million.  Mind you, he did add eight more bathrooms and increase the overall living space by 5,000 square feet, but a price increase of almost 25 times the original cost might be asking a bit much.  We'll just have to wait and see.