By Chris Kelley on December 13, 2016 in Articles › Celebrity Homes

The house may be gone, but this former celebrity lot will still cost you a pretty penny. After previous owner Bob Newhart decided to part ways with his Bel Air home, new owners have since razed it and are selling it as a vacant lot for $25.95 million.

Newhart sold his Bel Air mansion earlier this year for $14.5 million after – he had listed it for $1 million more – to luxury builder Robert Quagg. Quagg, a Canadian developer, soon razed the 9,169-square-foot French country-style home and is now selling the land on which Newhart's 1941 Wallace Neff design used to sit for almost $26 million, about $11.5 million more than what he paid for it, according to the Los Angeles Times.

Found within the East Gate area of the city, the Bel Air lot sits on the 400 block of Amapola Lane. While not even a year ago it hosted a five-bedroom home, a guest apartment, and a large outdoor pavilion with a pool, the pricey lot tops out at just over 1.3 acres. The estate's valuable location, house or not, is the central factor in its price tag, with Quagg hoping to rake in an impressive profit for his razing flip.

Newhart and his wife, Virginia – the previous owners – first purchased the lot (with the house shown above) for $4.2 million in 1990. Property records indicate that at one point, the couple was seeking as much as $22 million when they first attempted to sell the home. Now, the home, its large pavilion and the formal gardens that surrounded it, have been cleared out to become a flat lot and fresh slate for potential buyers, echoing a not so uncommon trend in real estate where both location and acreage often price much higher than the homes built on them.

This sale of Newhart's house (above) and its subsequent raze and flip is not the first of its kind involving high profile names, no doubt. Just this year, the owner of the Detroit Pistons, billionaire Tom Gores, wrapped a $100-million deal for a 30,000-square-foot house constructed at Barbra Streisand's former Holmby Hills home. The developers of the house had initially bought the property for much less, paying $13.25 million for it just two years prior. In 2015, hip-hop heavyweight Dr. Dre sold his 9,696-square-foot Hollywood Hills West home for its total land value. After paying $32 million in the sale, private equity firm founder, Alex Soltani, intended to tear the home down and construct another in its place. 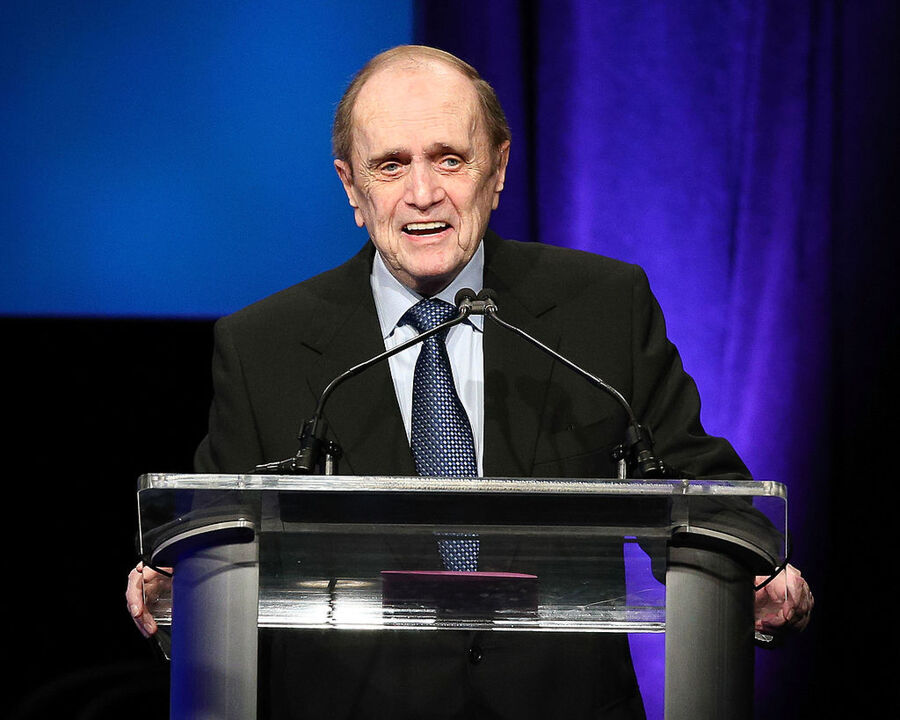 Comedian Bob Newhart owes his $65 million net worth in part to his deadpan delivery and matter of fact comedic tone. After recording phone conversations highlighting humorous and often outrageous scenarios, he received a recording contract which led to a fledgling career in comedy and acting. While he is perhaps most famous for his 1970s sitcom that gained him a spot in the spotlight, "The Bob Newhart Show" and later the 1980s comedy, "Newhart," the comedian and actor has appeared in several notable roles in such works as Disney's "The Rescuers" as well as such comedies as "The Big Bang Theory" and "Hot in Cleveland."