By Chris Kelley on December 1, 2016 in Articles › Celebrity Homes

Separated couple Brad Pitt and Angelina Jolie are adding another nail to the coffin, with plans to add their Correns, France estate and vineyard to the market. The $60 million chateau that famously served as their wedding venue in 2014 hits the market following Jolie's September 19th divorce filing.

Us Weekly reports multiple sources are confirming that the expansive France property, famously owned by the family known as Château Miraval, is ready for buyers in the wake of a multitude of rumors surrounding the couple's shared equity following Jolie's surprising divorce filing. While they have owned the property located in the small village of Correns since 2012, an insider revealed to Us Weekly that the estate and attached vineyard have been fully valued and will be hitting the market "any day now."

The now-estranged couple purchased the 1,200-acre property for an estimated $60 million in 2012, tying the knot there two years later on August 23, 2014. As its name and location may suggest, the property is both beautiful and extravagant, featuring a total of 35 rooms, an array of pine forests, multiple olive groves, stunning terraced hillsides, its own private lake and moat, and a collection of working vineyards that produce a wine that Pitt and Jolie sell. The A-list couple initially leased the expansive French property in 2008 (when some nearby neighbors included the likes of Johnny Depp and David and Victoria Beckham), before they bit and bought it up. 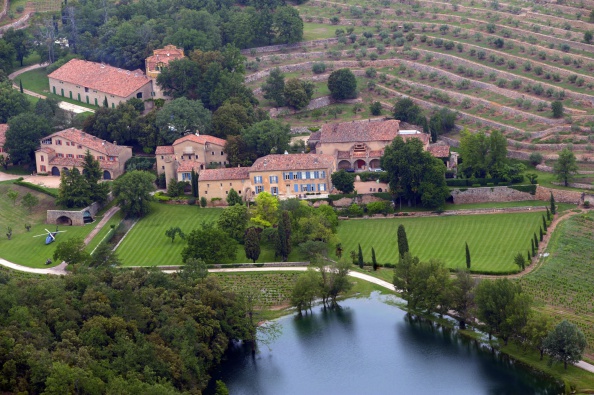 The sprawling historical villa is not far from the small agricultural community of Correns. The community, which prides itself on being the first to grow organic wine in all of France, is a quiet one, with residents in the area confirming that they do not often see the celebrity family and the chateau is very much a private escape for them. While Pitt is said to visit the property several times a year, particularly during the harvest season, sources have told People Magazine that she has not been spotted in France since 2015.

The Château Miraval is positioned along an ancient Roman road, with many on-property structures dating back to the 17th century. One shining example of such ancient art includes the remnants of a Romanesque chapel, the very spot where they tied the knot in 2014. While the property is a prime pick for a historian's heyday, Pitt has reportedly updated Miraval to include several modern amenities in an attempt to make it more kid-friendly. Some of these luxuries include a spa, gym, home theater, arcade, dirt bike course, matching indoor and outdoor pools, and a helicopter-landing pad.

Pitt and Jolie's chateau hideaway, however, is not the only item of value in question with this potential move. As Château Miraval is home to their line of rosé and the fruitful vineyards that produce it and it's expected there will be changes coming to the family-branded wine. A source close to the sale told Us Weekly that the rosé, currently adorned with the name Jolie-Pitt, will feature brand new labels with no names listed come next season's batch. 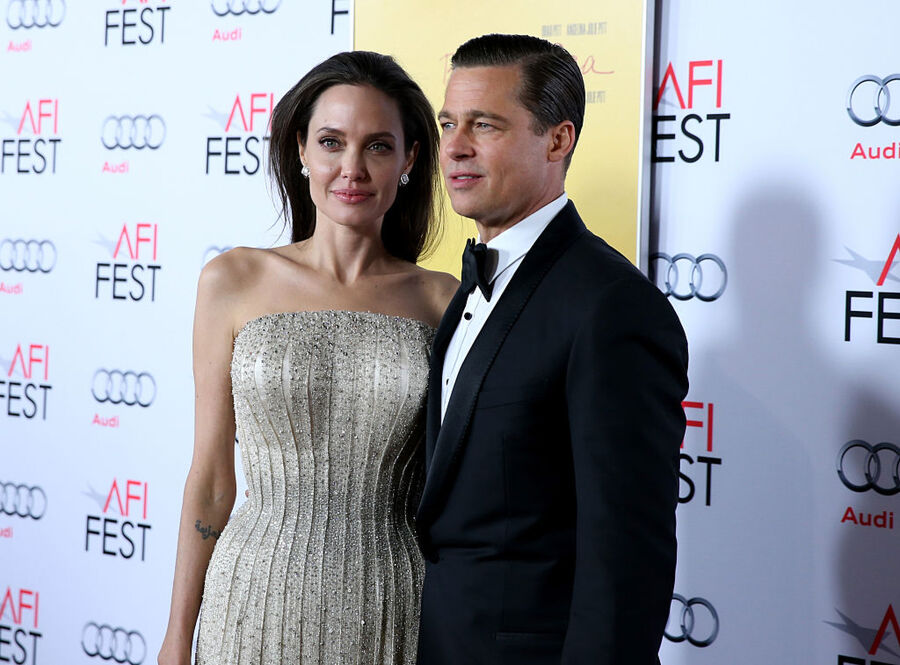 Jolie filed divorce documents in September, citing irreconcilable differences and requesting sole physical custody of her and Pitt's six children, Maddox, 15, Pax, 12, Zahara, 11, Shiloh, 10, and 8-year-old twins Vivienne and Knox. The actress and her children are currently living in a rental home in Los Angeles described as a 4,400-square-foot bluff-top estate near the beach. Prior to the filing, the entire family was often found splitting time between two of Pitt's L.A. area homes, including a 4,088-square-foot beach home in Malibu and another large property located in Los Feliz.

Jolie, known for such films as Maleficent, Hackers, and the Tomb Raider collection, holds a net worth of $160 million. Pitt, known for his work in Oceans Eleven, Troy, and Twelve Monkeys, is worth a total of $240 million. There is no word on just how much their France chateau will cost.