By Joseph Gibson on January 10, 2019 in Articles › Celebrity Homes

It's been a little over a year since rap mogul Birdman first tried to get rid of his Miami mansion. At the time, he was asking $20 million, but it's now been long enough with no takers that he's lowered the price by almost $5 million, now listing the home for $15.5 million. 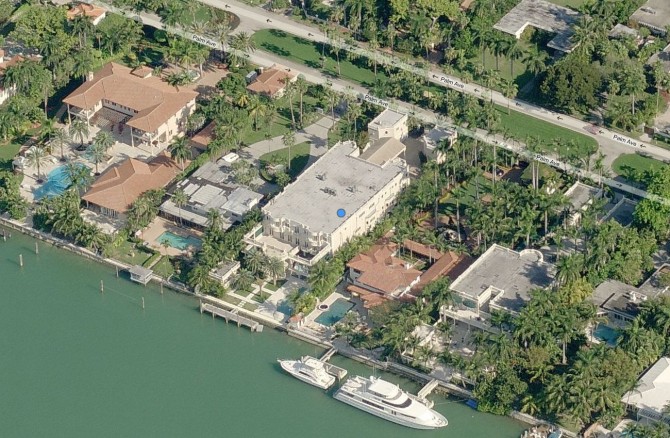 The house has something of an interesting recent history over the last few years. Birdman bought it in 2012 for $14.5 million from a man named Russell Weiner, whom you may know as the Rockstar Energy drink billionaire. Weiner purchased the house about two years before that from another rap industry figure, Scott Storch – more accurately, he bought the house after it had been foreclosed on thanks to Storch's financial issues stemming from a ruinous cocaine addiction. Weiner thus got the house at a deep discount, paying just $6.75 million, significantly less than the $10 million Storch paid for it in 2010.

Here's a video tour of the mansion:

Just so you don't have to draw a diagram to sort all that out, I'll sum it up: Weiner sold the house to Birdman six years ago for $14.5 million, only a million bucks short of what Birdman's asking for now, even though he paid just $6.75 million for it himself. That translates to a profit of more than $7 million for Weiner, who made off even more like a bandit when you find out that he reportedly made no major changes to the house during his 24 months of ownership – not a bad way to clear $7 million in the real estate game.