When you're one of the richest rappers in the world, with a net worth of $130 million, you need a house that goes above and beyond "jaw dropping". Cash Money Records rapper/CEO/Mogul, Birdman achieves that goal, and then some, with the stunning $14.5 million Palm Island mansion that he just bought from Rockstar energy drink founder Russell Weiner.

The uber-competitive Birdman may have caught the real estate bug after hearing his brother Ronald "Slim" Williams paid $7.15 million IN CASH for the largest house in South Florida last month. While Birdman's new house is smaller than Slims', at $14.5 million it's more than twice as expensive… 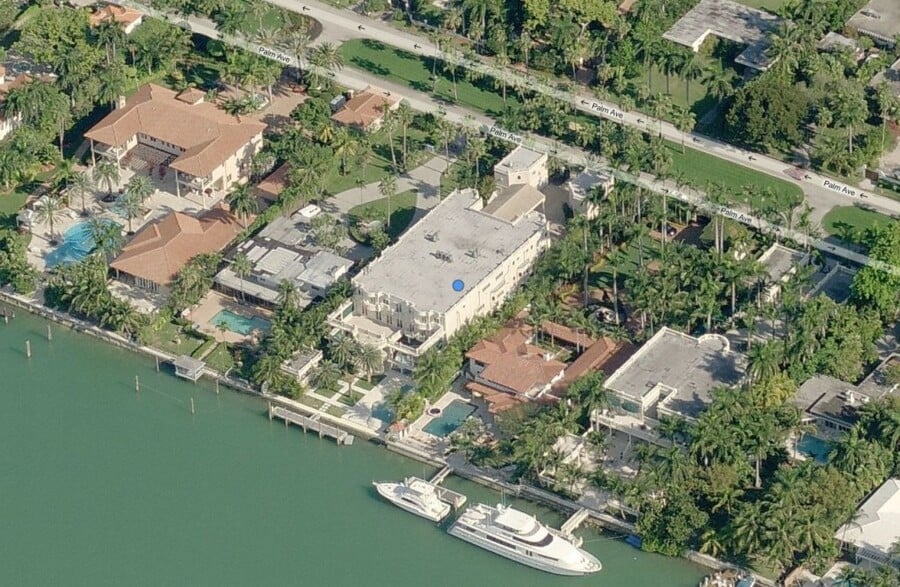 The 30,000 square foot waterfront mansion, located at 70 Palm Ave, features nine bedroom, 12 bathroom, 19,000 square feet of living space and is bigger than most Four Seasons hotels. The property also includes an underground indoor pool, spa, wine cellar, movie theater, fitness center and a game room. The outside area has one hundred feet of waterfront views, an additional pool, a large entertaining area with bungalows and dock space for a very large yacht.

The mansion's previous owner Russell Weiner, founder of Rockstar energy drinks, is more than doubling his investment after just two years. Weiner bought the house in 2010 for just $6.75 million after it had been repossessed from troubled hip hop producer Scott Storch. Scott Storch bought the house for $10.5 million in 2006, at the peak of both his career and the housing bubble. Storch, who once had a net worth exceeding $70 million, went bankrupt after spending his entire fortune on cocaine, cars, jewelry, private jets, a $20 million yacht and expensive girlfriends like Paris Hilton.

So what do you think of Birdman's new house? Click the image below to view more photos of the impressive house. And Birdman, if you read this, I wouldn't mind attending the next Cash Money pool party if there are any invitations left!