By Joseph Gibson on December 31, 2020 in Articles › Celebrity Homes

The former "Peter Pan"-inspired residence of late King of Pop Michael Jackson has the kind of reputation that can be hell for realtors – namely, the allegations of child sexual abuse that have long plagued Jackson's legacy, intensifying over the last few years. For proof, just look at the recent sale of Jackson's Neverland Ranch to billionaire Ron Burkle for the sum of $22 million, as reported by The Wall Street Journal.

That's not exactly pocket change, but it's a pittance compared to what the estate was first listed for back in 2015, when its owners were seeking a very optimistic $100 million. Since then, the property has seen numerous price cuts before Burkle finally snapped it up. To put that $22 million price in perspective, it really isn't too much higher than the $19.5 million Jackson reportedly paid for the property way back in 1987 before he transformed it into the famous, and infamous, Neverland Ranch known today. 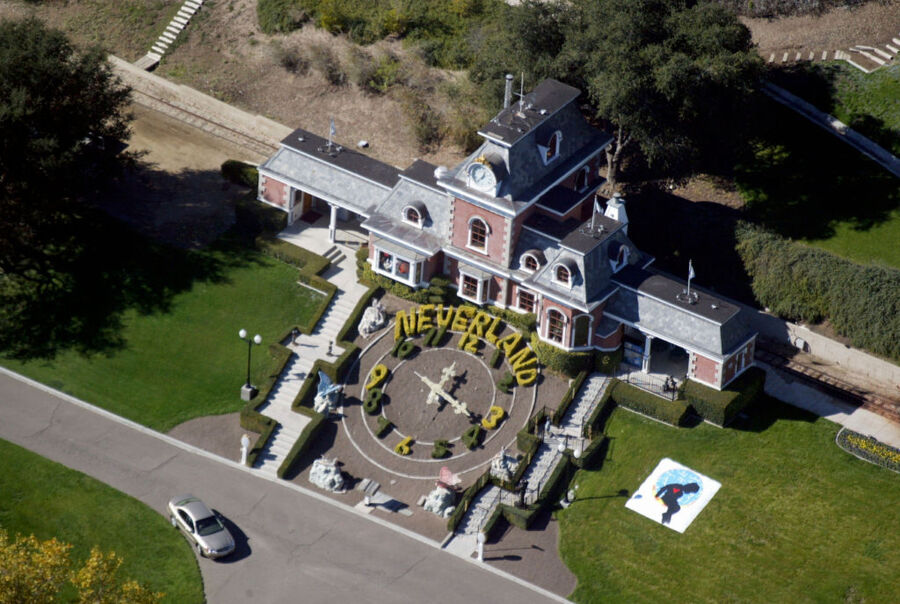 He did that by essentially turning the 2,700-acre property into a private amusement park, with features like a small railroad, Ferris wheel, and merry-go-round. While most of these novel features have been removed, the property still has a reported 22 separate structures overall, including the 12,000-square-foot main house, several guest houses, a basketball court, a tennis court, a 50-seat private movie theater, and of course a swimming pool complete with cabana.

Burkle officially lives in Montana but is a prolific collector of real estate and says through a spokesperson that he sees Neverland Ranch as "a land bank opportunity." Interestingly, he acquired the property off-market when it was not being listed publicly at all after seeing it from the air while checking out a different adjoining property, reportedly deciding to try to buy it right there on the spot.

HLN did an extensive feature on Neverland Ranch in the spring of last year, you can check it out in the video below: