By Joseph Gibson on December 3, 2019 in Articles › Celebrity Homes

Billionaire developer Jeff Greene is trying to sell a mansion in the Los Angeles area. The property, known as Palazzo di Amore, is a jewel of Beverly Hills luxury, spanning 25 landscaped acres, with a massive main house that boasts a 50-seat home movie theater, a discotheque-style room with a rotating dance floor, a 24-car garage, and not one, but two separate bowling alleys.

And now, thanks to a downturn on the luxury housing market in Los Angeles, Greene tells the Wall Street Journal that he wishes he never laid eyes on the place:

"This house has been a terrible deal for me. We're into this thing for probably $80 million or $90 million at least. We'll be lucky if we get our money back after years of carrying costs…You never want to own the most expensive home in a town, because there are just too few buyers." 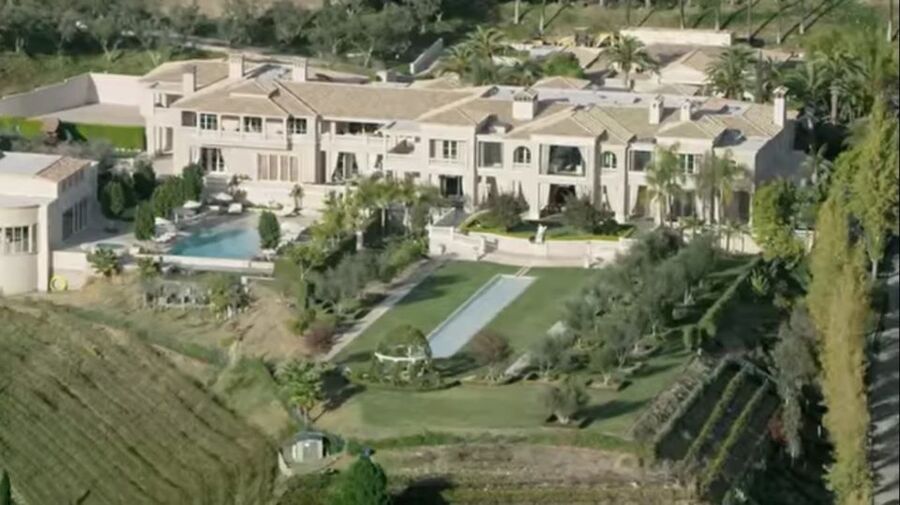 True enough, since Greene originally listed the home back in 2014 for $195 million, and after failing to find a buyer he's had to cut the price down over the years. Now, he's planning on listing it for $129 million, the same price he listed it for back in 2017, a significant price cut compared to the original asking price. That's still a sight more than the $35 million he reportedly paid for the property in 2007, but that was before he sank "tens of millions" of dollars into completing the mansion – which he says was only about 30 percent complete when he bought it – to his own specifications. And now, the developer says that he and his family don't even enjoy spending time in the giant residence, only spending about two weeks of the last year there. He even sounds a little like Bruce Wayne when he describes how he's grown to dislike the house he's invested so much money in:

"I totally regret it, wish I never did it…I thought it was a deal. I'm thinking 'Wow, this will be cool. Let's try living in a giant big mansion.' I don't even like sleeping in the place. It's too big."

Greene nevertheless hopes that someone with a desire for privacy and space might plunk down the funds to call the home their own, saying that despite his own feelings about the mansion he can still see its basic appeal:

"When you watch the old movies, you think of the giant gates that open and you go up some long beautiful driveway through the trees to a wonderful courtyard…That's people's expectation when they're writing giant checks for homes. I can go for a walk on that property for 45 minutes without even duplicating my steps."

Now, you can do the same – provided you have $129 million to spare. But even if you don't, you can take a look at the Palazzo di Amore in the video below from when the mansion was profiled by Coldwell Banker West: