Atlanta Braves outfielder Matt Kemp is hoping for a home run in the real estate market. The professional baseball player, fresh off a two-year stint with the San Diego Padres, is set to auction off his $11.5 million Poway mansion without reserve.

Southern California is likely the last thing on former Dodgers All-Star Matt Kemp's mind – and rightly so. Just last summer, the Padres traded him with cash considerations to the Atlanta Braves in exchange for Héctor Olivera. In December, Kemp pulled the trigger, listing his Poway, California, mansion for $11.5 million, but so far he has been unable to sell. That's why, in collaboration with luxury auction company Concierge Auctions, the mansion is now set to hit the auction block on April 20 of this year.

Kemp's listing is found within The Heritage, an exclusive guard-gated neighborhood located within the hills of what is referred to as "The City in the Country." In fact, The Heritage's website lists Kemp's $9.075 million purchase of the home in 2013 as the most notable sale ever to occur in the community. At just over 20 miles outside of San Diego city limits, the "rural" San Diego County setting means much less real estate congestion and more "bang for your buck," listing agent Kofi Nartey told the Los Angeles Times. Not only does Kemp's property – with its 15,884-square-foot mansion and 4 total acres – certainly fits the bill when it comes to size, but its place on the auction block could mean a big bargain for buyers looking to pay under the current price tag.

Custom travertine floors, vaulted ceilings, and modern fixtures are some of the most recent updates to the property's main house. A total of five bedrooms and five bathrooms make up the private quarters of the mansion, a count that includes both the spacious master suite and its two showers. The large bedroom features its own laundry room, plus a private balcony with a picture-perfect view of Maderas Country Club's neighboring fairways.

Some of the most lavish spaces in Kemp's loaded mansion include the solarium dining room, custom home theater with tiered seating and accompanying snack bar, and a high-end cigar lounge. The lounge, pictured above, comes with a humidor and fireplace and pairs perfectly with the 1,200-bottle wine cellar and tasting room that was recently added to the home.

Outside, Kemp's large pool complements the beautiful view. The infinity-styled pool stretches from the main house, past the pool/guesthouse that holds the estate's gym and roman steam spa, and ends at the tennis court. Below, an additional unused acre of land rounds out the property and makes for a stunning and scenic view. 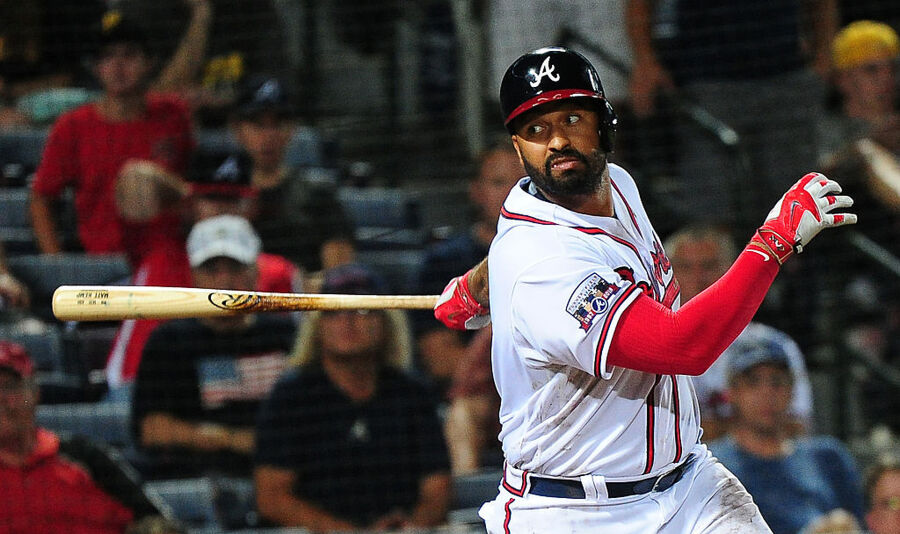 Professional baseball player Matt Kemp, 32, commands a net worth of $55 million. Last season, he was traded by the San Diego Padres to the Atlanta Braves before wrapping up the year with 35 home runs. Kemp spent four years in the minor leagues before making his first major league debut in 2006. Two years later, he became the starting center fielder for the Los Angeles Dodgers, the team he remained with until the end of the 2014 season.