By Joseph Gibson on September 4, 2019 in Articles › Celebrity Homes

The Obamas are moving into new digs in the Martha's Vineyard area, if everything goes as planned. Barack and Michelle Obama are in escrow on a deal to purchase a huge, 29-acre beachfront estate, reports TMZ. They're also reported to have snagged an unknown bargain on the property, but it was listed at the price of $14.85 million.

The purchase isn't quite a done deal yet, but if no snags come up, the Obamas will be moving into a former home of Celtics owner Wyc Grousbeck, its current owner. As for the estate itself, it boasts an eye-popping 6,900-square-foot house, with seven bedrooms and nine baths. Here's how the home's official listing describes it:

"The spacious and dramatic living room space boasts vaulted ceilings with exposed steel beams and a focal point stone fireplace. There are two guest wings and an impressive master suite with fireplace, private sun deck and spectacular water views. Your summer days can be spent poolside in a garden-like setting with the sounds of the waves lapping in the distance, or exploring the expansive Great Pond and outer barrier beach for a full day on the water. A property of this stature needs to be seen to be experienced." 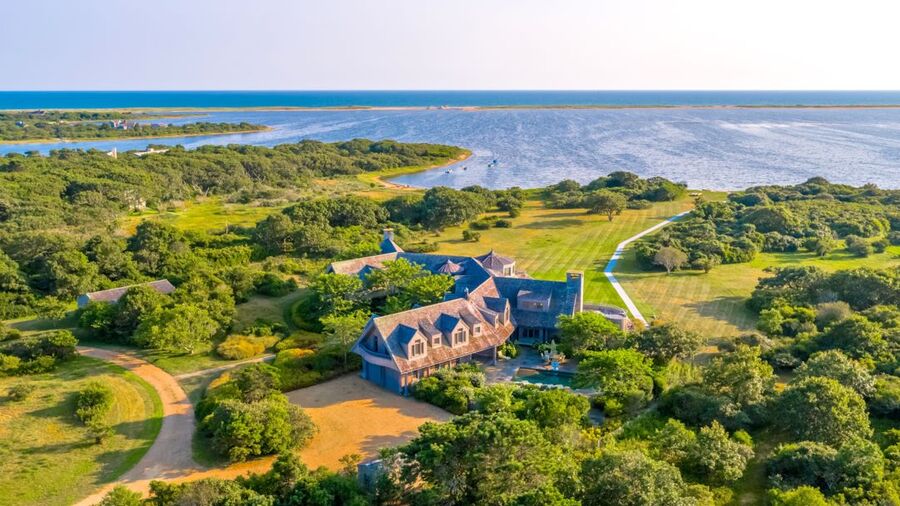 The house has not just one, but two guest wings, interestingly, though, only a two-car garage, which means that any long-term guests (like, for example, Sasha and Malia) will have to find someplace else to park. It does, however, have plenty of private beachfront including a boathouse.

The Obamas are reported to have already been renting the property as a summer home, and evidently they've loved their time there enough to make an offer to buy the house. Hopefully, for the former First Couple's sake, the sale will go through and the house will officially be theirs soon.